The African Continental Free Trade Area (AfCFTA) has become the latest in the many casualties of the devastating coronavirus pandemic which has so far infected over 2.7 million people and killed more than 191 000 globally. In Africa the toll is over 27 000 cases and 1 304 deaths.

The AfCFTA, widely touted as an economic saviour, was signed and ratified in record time and was due to come into effect – i.e. free trading was supposed to start – on 1 July. But that kickoff will probably be postponed until at least 1 January, depending on the severity of the COVID-19 impact on the continent. 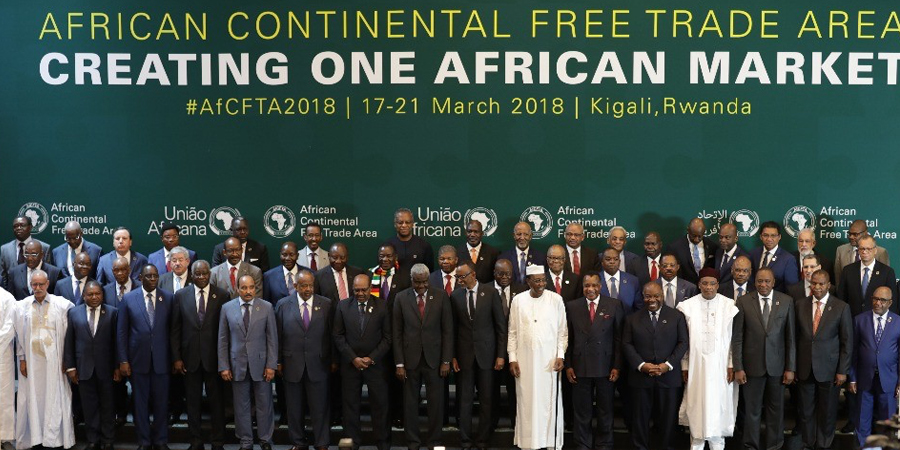 The African Union (AU) summit which South Africa was to host on 30 May to encourage trade negotiators to complete their bargaining on tariff reductions, rules of origin and other necessary regulations, will now probably only happen earliest in November or December.

Wamkele Mene, newly elected Secretary-General of the AfCFTA secretariat, said these were the postponements the secretariat had recommended to heads of state who still had to ratify them. But it’s hard to see how they could reject this proposal.

It was impossible to conduct multilateral AfCFTA trade negotiations remotely.

The AfCFTA has been put on ice, Mene says, until the coronavirus has been defeated. ‘I think that’s the responsible thing to do. I don’t think it would be appropriate when people are dying to be focused on meeting the 1 July deadline. Instead all governments should be allowed to concentrate their efforts on fighting the pandemic and saving lives at home.’ Trade ministers in particular need to help their own small and medium-sized enterprises survive the pandemic. 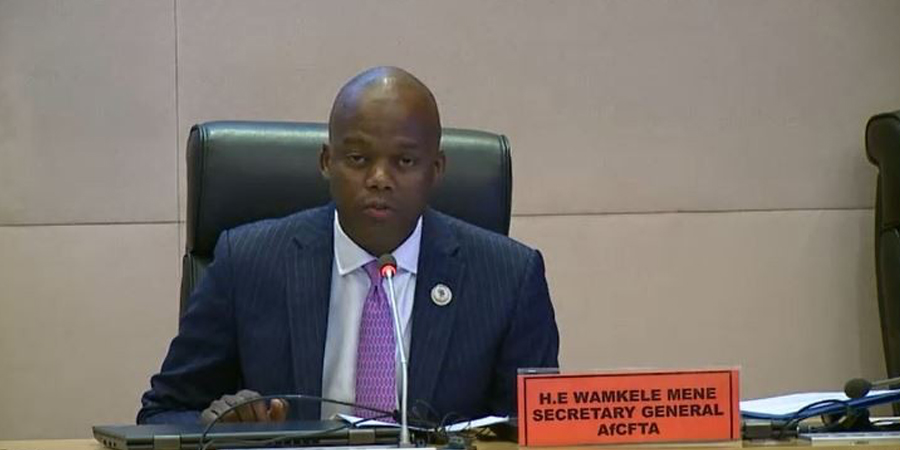 There were initial attempts to pursue the negotiations through video conferencing but the trade officials ran into connectivity problems. And Mene says they soon discovered it was impossible to conduct multilateral trade negotiations remotely, not least because of the problem of translating everything into the AU’s four official languages.

So instead of launching the AfCFTA, the secretariat, the AU’s trade commissioner and member governments are focusing on two other important objectives. One is to ensure that trade continues to flow as much as possible despite border closures and travel restrictions as a result of the virus. An essential leg of this is to open trade corridors to allow the free flow of essential medical goods to fight the pandemic.

Apart from removing any other limits on the flow of these critical goods, African governments should also agree to lift all tariff restrictions on their import. Mene said the summit of the AU Bureau had agreed on this two weeks ago and the AU trade minister would hold a meeting next week to take this forward.

The other overall aim is to start longer-term planning about how the AfCFTA, when it does start, could help Africa, not least by enhancing its preparedness to fight future pandemics, which Mene believes are inevitable.

On the first objective, he says the AU emergency task team that South African President Cyril Ramaphosa, as AU chair, has convened is focusing on two things – dealing with the public health crisis and looking at trade.

On the second aim, Mene says, ‘We have to start looking at how trade can support public health.’ This means, for example, examining how the AfCFTA could promote the establishment of an African generic medicine industry, modelled on that of India which has been a huge success. This would require an investigation of patent regimes which would otherwise restrict such African production.

Mene said Africa should also investigate how to use the AfCFTA to establish African industries tapping regional value chains to manufacture other essential medical equipment such as ventilators, which are in short supply in Africa. He said South Sudan had only two, and the entire Sahel region had only six. 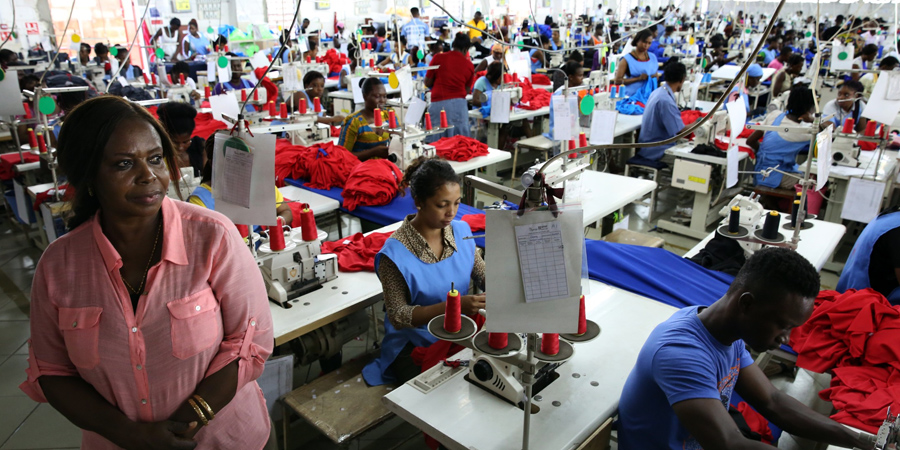 Last week Dr John Nkengasong, Director of the Africa Centres for Disease Control and Prevention in Addis Ababa, said 10 African countries had no ventilators. ‘We shouldn’t have to import critical medical equipment,’ Mene said, adding that the pandemic could expedite Africans’ industrialisation strategy.

At his swearing-in ceremony last month Mene expanded on this philosophical view, suggesting that ‘Africa should not despair and fall into despondency – from a trade perspective, we should see this crisis as an opportunity. Through the AfCFTA we have an opportunity to reconfigure our supply chains, to reduce reliance on others and to expedite the establishment of regional value chains that will boost intra-Africa trade.’

Trudi Hartzenberg, South Africa’s Trade Law Centre (tralac) Executive Director, welcomed Mene’s responses. ‘The bottom line is that the AfCFTA can be reconfigured for a 21st century, where we will definitely encounter more such global crises. It highlights the importance of services sectors – healthcare, transport and many others are important to address the pandemic, to get medical equipment where it is needed, to get skilled healthcare workers to desperate areas.’

This week the AU Commission, Afreximbank, AfroChampions and UN Economic Commission for Africa warned that because of declining commodity prices, rising protectionism and heightened debt service burdens, the economic fallout of the pandemic could be worse in Africa than globally. The World Trade Organisation’s worst case scenario is a 32% decline in world trade. They called on African states to work together and position the continent for ‘the inevitable post-pandemic economic restructuring.’

African states should avoid protectionist measures such as imposing trade restrictions and disrupting value and supply chains. Instead they should coordinate responses to address health and economic challenges, including pooling efforts to procure industrial inputs especially for medical equipment. The AfCFTA must be the ‘rallying initiative to drive the post-pandemic economic recovery and the strengthening of African domestic, regional and continental value and supply chains.’

For the AfCFTA, as for just about everything else, this time of compulsory hibernation must be used as an opportunity for creative thinking on how to do things better, post-pandemic.