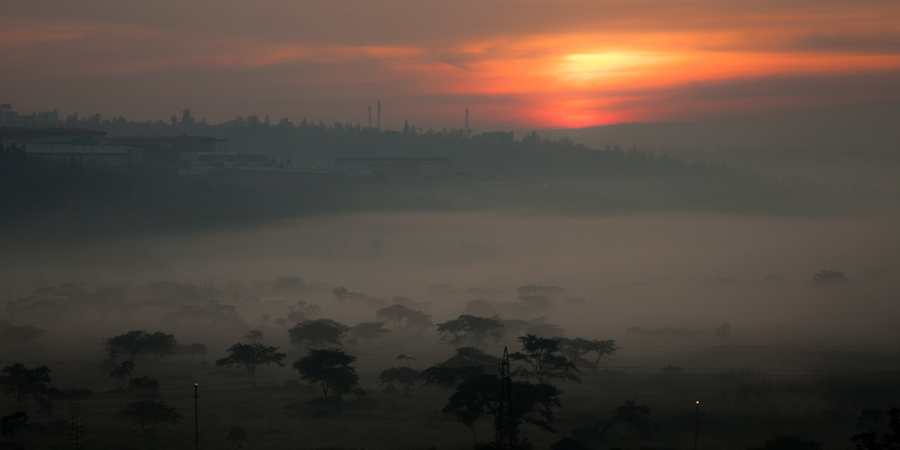 Rwanda is quietly emerging out of the lockdown as one of the leading in Africa and globally for successfully beating the #Covid-19 pandemic hands down.

The Rwandan 45-day total lockdown described as Africa’s most strict but with deterrent measures yielded what amounted to impressive results on the country’s economy.

One of the measures instituted early enough that served to flatten the curve of the pandemic and stopped the virus on its tracks from spreading in Rwanda was a total freeze from operations of its fledgling aviation sector.

The sector handles more than 800,000 passengers annually from its hub at Kigali International Airport. Policy makers singled it out as the primary importer of the virus into the country.

Consequently, Rwanda moved with speed and totally grounded operations of its nascent national carrier RwandAir in a move that saw its fleet of brand new aircraft the youngest in East Africa marooned to the tarmac of the Kigali International Airport.

What followed to the dismay of the local business community was shutting down of Rwanda’s borders another conduit of importing and spreading the virus from neighbouring countries.

Kigali city; considered a promising metropolis with a rapidly emerging recreation sector went into a complete halt of its key economic activities.

For instance, the city’s entertainment hot spots were grounded to a screeching halt. Residents were ordered to get into hibernation mode and to operate from their homes. Public transported was effectively grounded.

In particular the popular motorcycle taxi operators considered a cost effective way of moving people in the economy was totally banned from operating apart of offering goods operations.

The city’s young and restless considered a segment of Rwanda’s population that have not seen the dark side of country’s past, were puzzled by the new moves as bars and all major entertainment spots were ordered completely shut down.

Owners of such outlets that were known to rake in billions of Rwandans francs especially during weekends watched in shock and in silence as their businesses went kaput.

The treatment was meted out without mercy to the city’s spiritual entrepreneurs and other religious business operators known to have thousands of followers and adherents.

Citizens who disobeyed the moves were swiftly arrested and dragged to court to face full wrath of the law.

Taarifa had to contend with the new normal that emerged with the total lockdown by plying our trade from safe confines of our homes just like any other abiding citizens.

We watched from home as the pandemic spread its devastating economic effects all over the world. Economies lost billions of dollars and thousands of precious lives ended prematurely.

From China the origin of the scourge, global hot spots of the virus emerged virtually overnight. Powerful countries such as USA, Italy, Spain, France, Russia and Great Britain with all their muscles were wrestled down by the pandemic with sorry tales of death and destruction being broadcast every minute.

In East Africa, Rwanda’s neighbours such as Kenya and Tanzania continued reporting spikes of the pandemic. There are currently growing fears that Rwanda and Tanzania are likely to witness less than friendly relations as Tanzania’s case spirals out of control courtesy of its haphazard control measures.

Having effectively fought the spread of the virus, Rwanda relaxed its lockdown in last 10 days but was quick to put in place a 8PM-5AM curfew warning its citizens that the fight against the pandemic was not over.

By press time Rwanda had reported 286 confirmed cases with 153 patients having recovered so far while the balance of 133 are under treatment. There are no deaths from the virus in Rwanda.

For a country that has comparatively very basic healthcare system and minimal technical and financial resources at the disposal of its leadership the results are but a huge success.

However, the cost-benefit of this huge gain comes with a heavy toll on Rwanda’s economy.

Rwanda’s once-thriving service sectors especially tourism that emerged in last 6 years as leading foreign exchange earners fetching over US$500 million annually, according to estimates is on its knees.

The rapid growth of its tourism speciality product of business, events, conferences and meetings otherwise known as MICE that has done well for last 3 years earning more than US$50 million annually and growing at over 30% annually is halted on its tracks.

Rwanda’s biggest MICE event in 2020 -the commonwealth conference (#Chogm 2020) previously scheduled to take place in June in Kigali, was cancelled in the wake of the fight last month.

The cancellation is a move that economically dampened the prospects of the reviving the rapidly deteriorating fortunes of the local tourism sector.

Cancellation of #Chogm2020 further confirmed the devastating effects of the fight on the ground with a loss estimated at more than U$20 million to sector operators in the last 3 months.

Investment into Rwanda; a key area of its transformation agenda that over last 10 years has risen to spectacular figures rising from less than U$250 million in 2010 to more than US$1.0 billion by 2020 is expected to decline to less than pre2010 figures by end of this year.

Finance and Economic planning (Minecofin) ministry says that there is very sharp decline in key indicators of the economy. VAT transactions seen as indicators of trade and service volumes in the economy fell by more than 45%.

This is likely to signify the contraction of its economy by more than 50% by mid-year 2020, further pointing to an adverse effect of fighting the pandemic as representing the biggest economic challenge to its policy makers since the 1994 genocide against Tutsi.

For the first time in more than 15 years following an impressive growth trajectory Rwanda was staring at a major economic recession.

In a bid to fight adverse effects of the # Covid-19 pandemic, government of Rwanda released a highly ambitious 2-year economic recovery plan as it gradually eased the lockdown.

As engines of Rwanda’s economy that had grounded for last 60 days started revving up, government announced a U$800 million stimulus package. The package is effectively a major financial injection into the economy amounting to an increment of about 4.4% of Rwanda’s GDP on average per year.

The cash will be channeled into priority sectors such as health, social protection, support to public enterprises, contributions to the economic recovery fund and related measures.

In addition, there are raft of fiscal measures that will see relaxing of tax burden to the business community and citizens as well as increased concessional public borrowing to plug gaps from the tax relief.

Protection of the financial system will remain a top priority with a wide range liquidity packages announced as part of the recovery plan meant to boost resilience of banking sector.