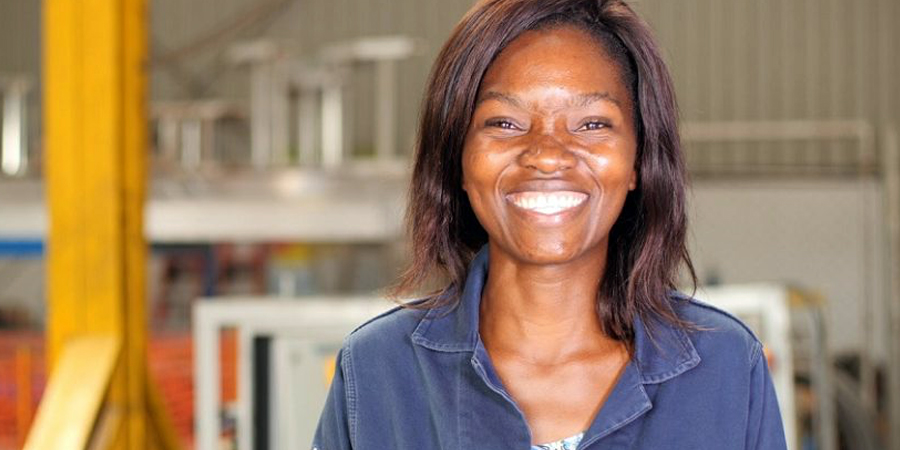 A new video which was recently released by Beluluane Industrial Park offers a closer look at the Beluluane JOBA Internship Programme and some of its many success stories. It features young Mozambicans who have participated in the paid internship and skills training programme, funded by the UK Aid.

The programme has seen over 400 interns participate since August 2018, of which 50% have secured permanent jobs. Gloria Lopes is one of many young graduates who has entered the industrial labour market with the support of participating local companies. She’s featured in the video as a proud advocate for women in industry.

“Since starting as an intern I have learned that I have the strength to do big jobs,” she says. Commenting on her dedication and passion, her manager Rendes Macário recognises the fact that his company secured a contract renewal because of her hard work.

Laurinda Macuácua is another intern who received a permanent job through this programme. Being a young female graduate with little work experience, she is overcoming significant obstacles and defying gender stereotypes.

“In the beginning others confronted me saying that I am small, thin and weak but when I am in my work boots, I am a different person,” she says. “I paint, I hammer, I weld – I’ve found happiness.”