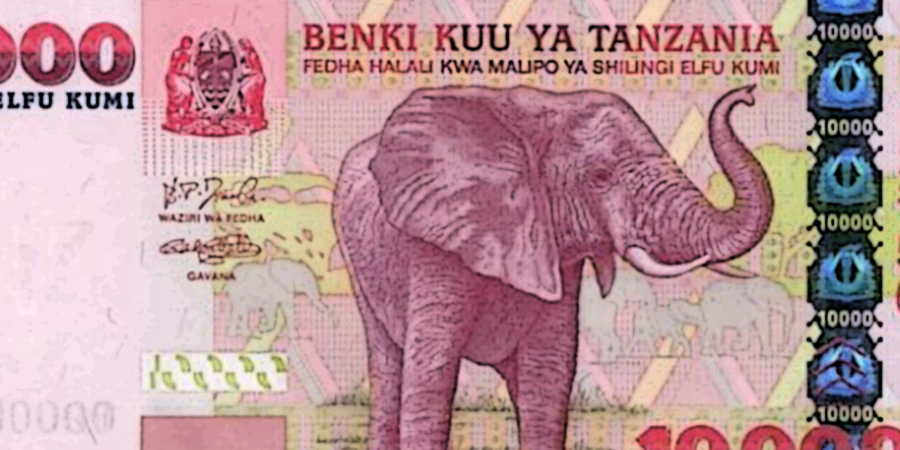 Recently I did an interview with the guys at the “State of the Markets” podcast. In it, I discuss many things, including a few specific investment ideas — stocks I have personally invested in, over the last 18 months, in Tanzania, which I plan to hold for many years.

If you haven’t listened to it yet, you may find it worthwhile. You can replay the entire conversation at the Global Value Hunter homepage.

One of the core attractions of investing in less developed markets around the world is that they still inhabit a normal universe where interest rates are positive, and it’s possible to earn excellent real rates of return on plain vanilla investments, such as government bonds and bank deposits.

In Tanzania, for example, one can currently attain as much as a 15.85% yield on 20-year government bonds. What’s more is that inflation in Tanzania is only 3.3%, and has been trending lower since 2012.

I don’t believe there are many other relatively safe investments, where your principal is all but guaranteed to be paid back, which offers that kind of projected real rate of return, anywhere in the world.

And lest one has the wrong impression about African countries being debt-riddled basket cases, Tanzania’s government debt-to-GDP ratio is only 37.8%… compared to 106.7% (and rising sharply, with the current bailout fest going on) in the USA.

Tanzania’s government debt to GDP is a modest 37.8%

The only problem is, the government bond market in Tanzania is not open to foreign investors, at least not yet. Only citizens of the East African Community countries (Tanzania, Kenya, Uganda, Rwanda, Burundi and South Sudan) can invest directly in Tanzanian government debt.

That may change in years to come. On the two occasions, I had the opportunity to visit the Bank of Tanzania and meet with central bank officials. They clearly have said that the government is very seriously considering opening the bond market to the international community.

The DSE is not a business that requires huge amounts of capital. So, when it raised money from selling new shares at the IPO, it ended up with significantly more money in its coffers than it really needs to run its business at current levels of activity on the stock exchange.

In future, as the economy and stock and bond markets in Tanzania grow, I’m sure the DSE will need expansion capital. But for now, much of the DSE’s capital sits idle in a portfolio of Tanzanian government bonds and fixed bank deposits – which also earn double-digit interest rates in Tanzania.

Specifically, if one looks at the DSE’s latest balance sheet, one would see the company has a portfolio of government securities (4.2 billion Tanzanian Shillings (TZS)) and bank deposits (TZS 14.5B) which totals TZS 18.7B.

For the first quarter 2020, it earned interest of TZS 531.8M on that portfolio. Multiply by four to get the annual interest earnings, and divide by the size of the portfolio, and we can work out that the DSE is earning returns of 11.4% on its bonds and cash, all of which are of short maturities, under 1 year.

A full research report on the DSE will be available by Global Value Hunter soon. For now, one may want to do some research into it themselves.

The DSE stock currently sells for a discount of about 6.4% in estimate of book value, and at a trailing price earnings multiple of just 5.9x. The historical dividend yield is 4.1%, but it is expected to yeild a much bigger payout in 2020.

For anyone interested in investing in Tanzania, one needs to open a local brokerage account and bank or custody account. Even if you have no intention of investing there, it is highly recommend making a visit to the country. Tanzania is breathtakingly beautiful.

For more information, please contact Tim Staermose at admin@globalvaluehunter.com. Tim is the CEO of Global Value Hunter. He’s a full-time investor and investment writer, having lived in Tanzania, Denmark, Egypt, Singapore and Australia.