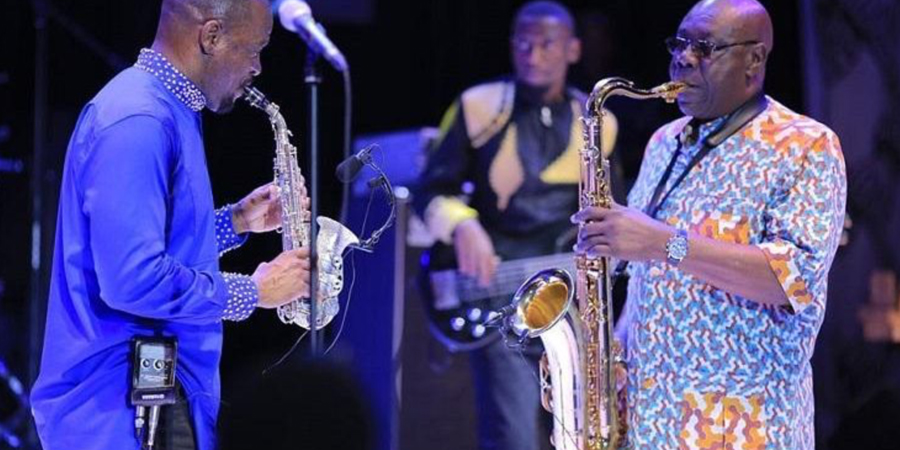 The Afro-pop, Congolese zouk, and the Nigerian melodies, to mention the least have been the pinnacle of entertainment attention and musical success in Africa over the past decade. The ascension of modern technology, especially the decent access to internet services and gadgets has made Africa to be united in Music.

And yet, an array of Africa’s best musical talents is slated to put the region to a rather vital spotlight on Monday 25, 2020, to raise funds for thousands of people affected by the COVID-19 outbreak.

This means one more, the world will have unmetered access to see how the continent of more than 1 billion people, use music as an aggregator of relief but define the next step towards reopening its $2.5 trillion economies.

Africa music industry is undoubtedly growing. Deezer a streaming platform which connects 14 million monthly active users around the world to 56 million tracks and available in over 180 countries worldwide, has seen the rise of African artists in streaming lines.

The region has historically experienced less interest as a market-pool for the international music industry, but not anymore that narrative is beginning to change.

According to the music body, IFPI Digital technology is enabling the recording industry to effectively reach mass numbers of consumers across Africa for the first time. Across the continent, international record companies are working to establish innovative services and invest in A&R(artist and repertoire).

Industry chiefs are also eyeing the African music industry landscape with an interesting perspective, hence—Sean Watson, managing director of Sony Music Entertainment Africa, says: “The forecasts for smartphone growth in Africa over the next few years are staggering.”

As South Africa, Nigeria, Kenya and Tanzania are expected to yield nearly more than double per PwC report, the upcoming virtual concert—the first one ever, to say the least, could be another metric to mark how the industry levitates, the digital-service uptake including internet, and streaming.

Taking Nigeria into the fold—the most populous nation, largest economy in the region has levitated music talents to the world, Wizkid, Davido and Burna Boy now sing the same stage with platinum record artists (Drake and Chris Brown).

The continent Is now recognized, attracts investment in the sector—record labels (Universal Music Nigeria, Sony Music Entertainment Africa), streaming services, and concerts, which all add value to the local economies in the region.

According to PwC’s report, Nigeria’s industry is one of the biggest in Africa. The revenue generated from music in 2016 was $39m which is a 9 per cent increase from the previous year, according to a PricewaterhouseCoopers (PwC) report.

It also suggested that the industry should expect an annual growth rate of 13.4 per cent in 2021 to reach $73m.

The region’s best talents have an eye for investment, which makes them potent ambassadors to diaspora’s and the rest of the world to take a look into the continent, with an array of opportunities to explore.

Platinum triple-disc seller—Akon American musician-with Senegalese roots, has brought a solar energy project (Akon Lighting Africa) for rural areas and home in Africa. The project has touched 15 African countries with street lamps, domestic and individual solar kits that allow electricity to be created through solar panels, and anticipates to serve nearly 16 million people, according to Afrikatech.

As more than 600 million African’s in rural areas live without access to electricity, Akon has drawn attention to the chronic, which dragged entrepreneurs and political figures into it.

The iconic artist also anticipates to erect a futuristic city in Senegal, with significant support from Senegal President Mack Sall of 2000 hectares of land, Akon lays the ground for positive shift development initiatives across the region.

Jayz—the billionaire American rapper of African descent, has extended his business empire to Uganda and Nigeria where his streaming platform Tidal has set up, with a partnership with telecom company MTN, according to information from All Africa.

As the 2-hour virtual concert (to be streamed on Youtube and MTVBase) comes to lay a hand to virus victims, it could also be an amicable opportunity for the region send an assurance signal necessary for sparking business and investment in other lines of the economy apart from entertainment.

According to the World Bank, the number of broadband connections in Africa crossed the 400 million mark in 2018 (nearly twenty times 2010 levels). However, the regional average broadband penetration —including 3G and 4G connections— is only 25 per cent in 2018. And yet, mobile broadband coverage in Africa is still at 70 per cent of the population. Attracting, big-shots such as Trevor Noah, and Grammy award-winning Angelique Kidjo, the performance stands as an attractor and aggregator of investment.

Since the pandemic began streaming services have surged in the continent and South Africa took the lead, with 50 per cent daily increase in unique users, according to techbal. Africa has over 95,000 cases of the virus and 2,995 deaths resulting from it as of May 21.

All funds raised will go to the World Food Program and the UNICEF who are supporting coronavirus-affected communities across Africa, according to the statement from YouTube and ViacomCBS Network Africa (creators of MTV).