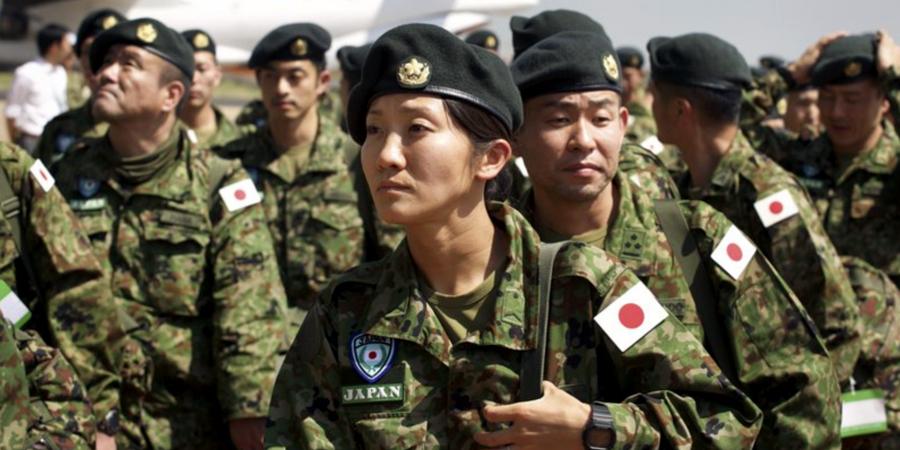 Japan’s Cabinet approved a one-year extra period for the Self-Defence Forces’ (SDF) deployed to the headquarters of the UN peacekeeping mission in South Sudan to May 31, 2021.

Under the current deployment, four Japanese SDF members have been dispatched to carry out duties at the UN mission in the capital Juba.

The SDF’s dispatch extension follows the UN Security Council in March extending the UN’s mission in South Sudan until March 15 next year.

Since November 2011, SDF personnel have been dispatched to the mission’s headquarters.

A more than five-year deployment of Ground Self-Defence Force (GSDF) civil engineering units to the headquarters was ended in 2017, however.

Japan’s deployment of troops to South Sudan, however, has not been without its controversies, including those related to the widely-reported scandal regarding the “losing” of controversial mission logs of the GSDF’s past peacekeeping activities in the region.

The defence ministry had stated in 2017 that logs recorded by GSDF personnel taking part in a UN peacekeeping mission in South Sudan had been discarded and could not be found, but backtracked on its position after the logs were subsequently found in digital form.

Government sources close to the matter said at the time that it was decided by top defence ministry officials at a meeting that this fact should be concealed and then defence minister, Tomomi Inada, allegedly agreed to the plan to conceal the logs.

According to Japan’s pacifist, war-renouncing Constitution, and in line with rules governing Japan’s GSDF’s role in U.N. peacekeeping missions, troops must be withdrawn from conflict zones if exchanges specifically described as “fighting” occur.

The daily activity logs of the GSDF troops, that were previously deemed “lost,” stated that troops in South Sudan should be careful of being drawn into “sudden fighting” in the city of Juba.

In the recovered logs, the troops said they must be “careful about getting drawn into sudden fighting in the city.”

The record also refers to the possible “suspension of UN activities amid intensifying clashes in Juba.”

Inada and the defence ministry were accused of trying to intentionally conceal the potentially damaging records of the troop’s activities, during a time when 270 people died in fighting between government forces and rebels in Juba.

While Japan has participated in a number of UN peacekeeping missions, the topic of amending Japan’s war-renouncing Constitution to further loosen the constraints on Japan’s forces and allow them to increase their footprint in overseas theaters remains a hot-button topic here.

The issue of amending the pacifist charter for the first time since World War II is widely opposed by the public and opposition parties.