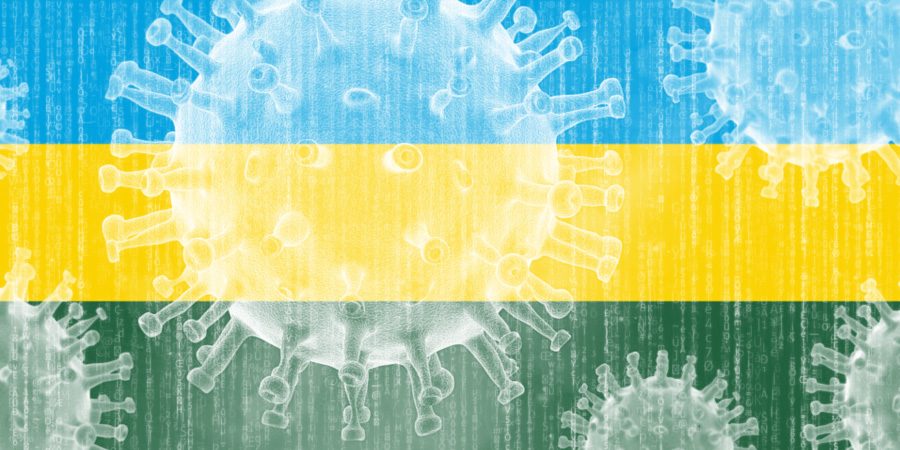 The mobile application can be used at banks, supermarkets, restaurants, commercial buildings to digitally record data of every person and the data can be accessible to Rwanda Biomedical Center (RBC) or the Ministry of Health through an application programming interface (API).

After the partial lifting of the lockdown, all restaurants, hotels, and other businesses such as saloons, were instructed to record basic information (names, phone, district) in a book.

This information, authorities say, could be used to trace people who might have had contact with a person infected with COVID-19.

However, storing this information in a book has its shortcomings. Flipping pages to look for a particular person and their details is a bit cumbersome because it is manual and there are risks that the information could be poorly recorded.

“We quickly realised that this is an opportunity to create a digital application to store that data,” says Jean Hubert Nkurayija Ishimwe, owner of Favouriapps Ltd, a software development company specializing in mobile applications.

The mobile application can be used at banks, supermarkets, restaurants, commercial buildings to digitally record data of every person and the data can be accessible to the Rwanda Biomedical Center (RBC) or the Ministry of Health through an application programming interface (API).

All a user needs is an Android mobile phone connected to the Internet so that the recorded data can be accessed by authorized agencies.

The data stored in a database remains encrypted as well, in some format like this UlpuNVkxTUJRM2tHd1p5S1JtZzlwUT09.

“The purpose of encryption is to make it hard for hackers to guess the real information hidden in encrypted texts,” says Jean Hubert Nkurayija Ishimwe.

The good news is that the Ministry of ICT and Innovation has already engaged Ishwimwe to start using the app.

He told Taarifa that he is in talks with the ministry to agree on the terms.
It only took a tweet for the Minister to engage Ishimwe about his innovative product.

Dear ministers Clare Aakamanzi, Musoni Paula, from the announcement (of recoding information), I have developed a tech solution. Could you give it a try? Thank you!” he said in a tweet.

“Hello, Ishimwe, Please send details of your solution to solutionscovid19@minict.gov.rw,” the Minister responded, and the rest is history. That is how the young innovator got his product sold. Who knows, maybe Ishimwe’s product could be the next big thing.