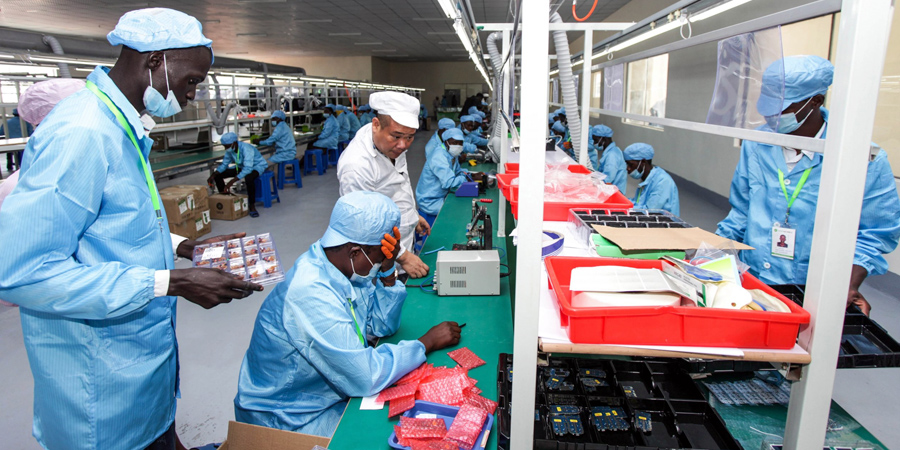 Uganda has began preparations to export the first batch of locally made mobile phones, its Finance Minister  announced.

Evelyn Anite, state minister for finance, investment and privatization, said in a tweet on Saturday that she witnessed the flaging-off of mobile phones made by a Chinese-owned company.

“This morning, I had the pleasure of flagging off the first batch of Ugandan made mobile phones manufactured by Uganda’s first phone manufacturing plant (SIMI Technologies) to Morocco,” Anite said.

“This is a step towards reducing Uganda’s import bill on ICT products and boosting export earnings,” she added.

According to the minister, the company currently provides employment to over 400 youths.

“This is as a result of the government of Uganda prioritizing investment in industrial parks to support industrialization and create quality jobs,” the minister said.

Anite said the plant was not only contributing to the economic growth and development of the country but it was immensely helping in building local capacity through transfer of ICT knowledge and skills.

“In addition to manufacturing phones and laptops, SIMI Technologies has also started manufacturing protective eyewear and affordable Digital Temperature Guns which will go for as low as 50,000 Ugandan Shillings (about US$13) in an effort to help fight against the COVID-19 pandemic,” the Minister added.

She said SIMI phones have already hit the Ugandan market.

The US$5 factory which is under Chinese electronics company, Engo Holdings Group Limited, was launched by President Museveni in November 2029 to manufacture phones and laptop computers.

SIMI is the first phone and laptop-making factory in Uganda.

It already has a factory in Ethiopia targeting markets in Cameroon and Morocco.

According to National Information Technology Authority, a state-owned agency, there are about 22 million mobile phone subscribers in Uganda.

It says the sector is growing at 27% annum.