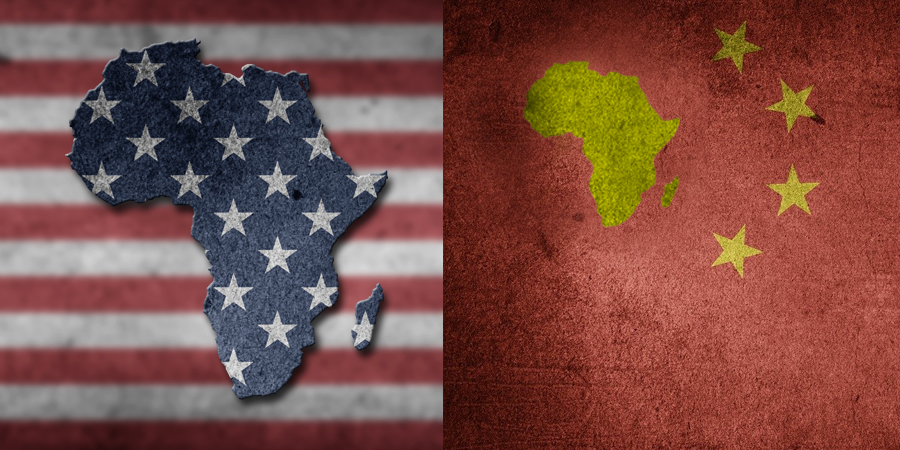 Any predictions regarding what economies are going to look like after this crisis, have to be taken at face value by the best buyer. In other words, I believe that any forecast carries a great deal of speculation, as we are sailing uncharted waters and the last few months have proven that, so to compare the current situation to any past crisis is not very efficient to say the least.

Nevertheless, speculation is what we have at hand, and much like everyone else locked up in quarantine, I have been observing the developments and formulating some theories. I’ve also had the privilege of speaking to some very insightful people as I moderated and shared my opinion in a number of webinars and other online platforms, particularly as to the key changes African economies may face in this new reality.

It goes without saying that with over 50 countries on the continent, it is naive to try and predict macro impacts in all of the economies. Not every economy is exposed to oil at the same level just as not every country has the same level of development or integration with global financial markets. Taking into account all necessary disclaimers, and since I have been asked repeatedly about my views, I decided to share 3 key factors that, in my mind, are likely to become part of Africa’s “new normal”.

Traditional donors are facing unforeseen economic needs in their own markets. I mean, the Bank of England said Britain could be headed for its biggest economic slump in over 300 years. Despite statistic records, I don’t know any economist who lived that long to tell the story, so I will just take that it is in fact a pretty bad scenario. These domestic markets are already requiring serious capital injections and that will be followed by a strong reassessment of foreign aid policies which had traditionally supported a number of African budgets. Political meanderings aside, the once “generous” Governments will have to carefully evaluate the weight of their country public opinion as they ponder allocating budgets for foreign aid versus a delicate domestic economic environment.

Politicians will be politicians, no question there, but while it is worth noting that humanitarian help most likely won’t be affected, the upside of this situation is a new status quo where African countries dependant on donors will need to adapt and ultimately create at least a better foundation for their own economic sustainability – something that undeniably has been compromised in the past, by foreign aid itself. Another positive side effect we may see, is countries becoming less vulnerable and less susceptible to foreign political pressure once there’s less donor “leverage”.

As developed economies restructured their trade necessities and raised concerns about health, safety and food security, the flow of international commerce has already changed dramatically. The crisis exposed virtually every single economy to their trade vulnerabilities, ranging from something as simple as face masks to more complicated items such as respirators. Countries are reassessing their dependency from foreign products and long-established trade agreements and policies are being revised. All of these measures have taken a toll on African economies with strong exports to Europe and the US.

Again, there is an upside here. This environment is pushing countries to engage in intra continental trading. Good efforts and initiatives like AfCFTA are finally seeing its day as we begin to experience significant levels of trade integration. My rationale is very simple: this will no longer be about politics, but about feeding the people while building up a new economic reality. We all know this is a slow process but one that is finally moving forward.

The crisis brought into question old international alliances developed over the years and some of these partnerships are quietly being reevaluated and scrutinised by many governments. China, for one, has spent billions in the continent to gain influence in sometimes “questionable” initiatives to establish themselves as the partner of choice to many African countries. The campaign has bought China friends and allies with a very different policy from donors when it comes to compliance. At the same time, there’s an unspoken, widespread feeling that the majority of former colonial powers are not any different – many people will tell you that they just got to Africa before.

Despite the overtly public display of Chinese assistance, delivering supplies to African countries, we watched perhaps the very first real “face-off” situation between African diplomatics and their Chinese counterparts. The fact that western countries were forced to focus on their domestic crisis, at times ignoring their own neighbours in need (Yes, I am Italian), also did not help their African PR.

The silver lining here is that some of the leverage, be it political or economical, that a few countries held over Africa has been brought into question (if not damaged), and in my view will relatively level the field of international relations, allowing African countries to choose their partners once again, hopefully for a better future.

The bottom line is, Africa is home to some of the most resilient people in the world who have endured and overcome challenges that would be unthinkable and unbearable by many other countries affected by this crisis. More than ever before, African leaders should rethink their economic positioning and strengthen their odds. The world needs to be fed.

The world will have to move forward. It is up for those holding the grains to feed, the raw materials and minerals to build, to do the right thing for their countries and their people’s future. I, for one, am a believer.