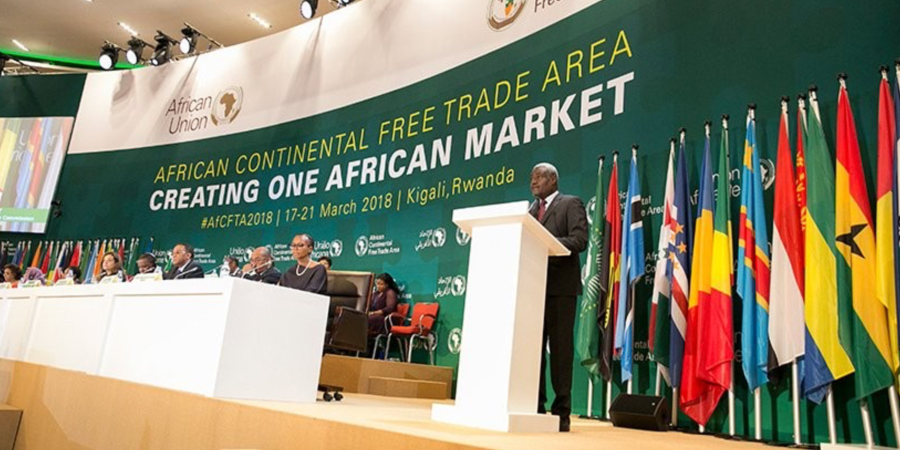 In good times, with Europe accounting for around 30% of African trade, there has been little appetite to upset the status quo. In times of economic unease, African nations, like many around the world, have tended to withdraw into themselves rather than pursue broader trading options.

Repeating this pattern for a generation, African nations have historically ceded economic power to external actors, remaining price-takers and struggling to develop their own solutions at times of crisis.

Change is in the air
A confluence of factors is lining up to shift Africa from the old way of doing things and drive the continent towards greater prosperity and resilience.

The rise of China as an economic force and major partner (19% of Africa’s trade) has given African leaders experience in opening new trade routes and the benefits this brings. At the same time, regional trading blocs like SADC, EAC, COMESA or ECOWAS have grown in strength as countries became more adept at spotting gaps in their neighbors’ markets and adjusting areas of specialization to meet demand.

Building on a decade long trajectory towards greater continental integration and more diverse trading relations, the ratification of the African Continental Free Trade Area (‘AfCFTA’) now has the capacity to eliminate the barriers to intra-African trade and establish wide-reaching economic co-operation.

With COVID-19 already hitting African economies, some may question the timing of the free trade area; however, moments of crisis have often served as times for reflection and readjustment. Economic instability highlights to African governments and businesses their vulnerability to price shocks and interruption to global trade.

Moreover, the effects of the oil price collapse on African nations dependent on commodity exports shows once again the importance of economic diversification. This can only be realized through rich trade between neighbors, which will help countries currently dependent on commodities broaden opportunities for value-added manufacturing.

Opportunities already obvious
The opportunities from more integrated and diverse trade across the continent are evident from the benefits already accruing for a select group of trailblazers. In Francophone West Africa, harmonization of currency and regulation has demonstrated what regional co-operation can achieve. Trade hubs like Côte d’Ivoire and Senegal have already emerged (measured as a share of total regional imports).

It is however on the Anglophone side that resides the largest trading hub. South Africa alone is the source of about 35 percent of all intraregional imports in Africa (and about 40 percent of intraregional manufacturing imports).

Size does not always matter. Algeria, Egypt, and Nigeria, which collectively represent about half of Africa’s total GDP, account together for only 11% of continental trade. In contrast, the 3 leading intra-African exporters in 2015–2017 were Eswatini, Namibia, and Zimbabwe—all three, nations of limited size, but leading Africa in export contributions. Importantly, all three are members of the SADC.

The successful experience of these countries shows that closer integration can be a vital tool for building value-added economies.

Parts to play in this project

Governments and trade finance institutions like Afreximbank have a part to play in this project: supporting businesses with the potential to engage in cross-border trade by giving them the tools to scale up and build a leading regional position. Their role is also one of road-building—literally.

Much of Africa lacks the infrastructure to support dynamic internal trading relationships, having spent decades fixated on European imports and exports. As such, you often find countries with an international airport but no roads or railways to their immediate regional neighbours

Simple measures such as the building of secure and well-placed road, rail systems and technology-based infrastructure could transform interaction and open new markets for a more diverse set of goods.

Bottom line: The African Continental Free Trade Area correctly identifies these historical obstacles to Intra-African free trade and the height of its ambitions appropriately matches a moment in which Africa’s young, increasingly prosperous population, is well-placed to kick start a period of rapid growth.

Amidst global financial turmoil, it may seem counter-intuitive to suggest Africa push ahead with a once-in-a-generation remodelling of its economy. However, this crisis shows AfCFTA is more important than ever.