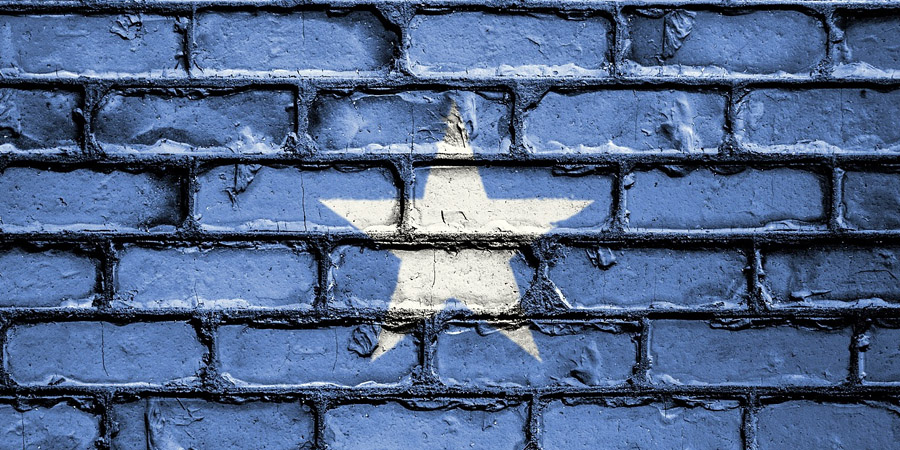 For decades now, the word Somalia has become synonymous to malnutrition. You hear Somalia and the first picture that comes into your head is that of the scrawniest infant you have ever seen; hairless, ribs, collar bones and cheeks bones protruding so much it seems the child has no skin, just a pigment on the skeleton.

That is the poor, malnourished Somalia we have all grown up to hear about. In fact, the only other picture of Somalia is not any better, now you hear Somalia and you think pirates; thin, malnourished pirates wielding the menacing Russian made Kalashnikovs.

Why? History would have us believe it is just ill fate that befell the country, it geographical location is its very curse, a desert by the sea. If you don’t give it a second thought, you may just end up feeling sorry for Somalia.

However, what is the difference between Somalia and other desert countries? Just a few kilometers up North is Egypt which is doing fine (comparatively speaking) a little further North across the Mediterranean Sea into the Arabic peninsula, Dubai is sitting on top of the world and that is an understatement at best. So what is wrong with Somalia?

Well in this article, we will only focus on what we were led to believe is Somalia’s economic curse, its geographical location, ‘a desert country by the Ocean.’

The Wealth of The Horn Africa

Lets start there, as the Gateway to Africa, even if Somalia was the driest, hottest and most barren part of the continent, which it isn’t, then the country should, according to its historic title, be one of if not the most bustling, busiest and richest countries on the continent owing to trade activities at its coast, which by the way happens to be the longest coastline owned by a single country in Africa.

It is a known fact that the immense wealth of the United Arab Emirates (UAE) is from crude oil, lots and lots of crude oil. When you have so much crude oil, the fuel that runs the world’s engines, then it is only right that you enjoy the grandest of the world’s grandeur. Dubai is the pearl of this UAE wealth, it is the pinnacle of this mountain of wealth.

Key reminder, the UAE are located on the world’s driest, hottest and most barren desserts. Apparently, when you have so much oil as does the UAE, you can turn a desert into an artificial oasis, complete with the world’s leading horticultural production; all this because of crude oil? Well if that is the case, then, as luck would have it, looks like Somalia’s geographical curse has turned out to be a blessing after all.

Only last month, Somalia announced that it was to bid some seven oil blocks in its array of offshore sites. To be closed next year March, this bid is in effect the very first license that Somalia has ever conducted.

The wind has taken a turn, the malnourished child now has surplus and the pirate’s thirst has been quenched. With the discovery of black gold, Somalia is no longer a war-torn country but rather, the soon to be Dubai of Africa, or so we would like to believe, strike oil and you have struck socio-economic prosperity like no other.

With such promises knocking at your door, you would do well to answer and answer fast. Somalia did just that, in February of this year, while the rest of Africa was closing borders, Somalia went ahead and passed its Petroleum Law.

“This legislation set out how revenues from hydrocarbons would be distributed, between the federal government, the states and local communities,” local media reported. The country’s Minister of Petroleum and Mineral Resources, Mr. Abdirashid Ahmed reassured would be investors that ‘once the blocks have been awarded, production-sharing agreements will be negotiated and signed.’

Already some big names like Shell and ExxonMobil have inked the revenue sharing agreements staging Somalia to become, as the Minister put it, ‘…one of the most significant players offshore East Africa, with interest from oil and gas majors.”

There you have it, chances are the next time you hear Somalia, you will be hearing of obese kids and lavish greeneries, 5 star hotels and top-notch first-class world cruises. That is of course in the hope that the country does not end up wrangled in the oil curse that has many a rich African country scourging in abject poverty.