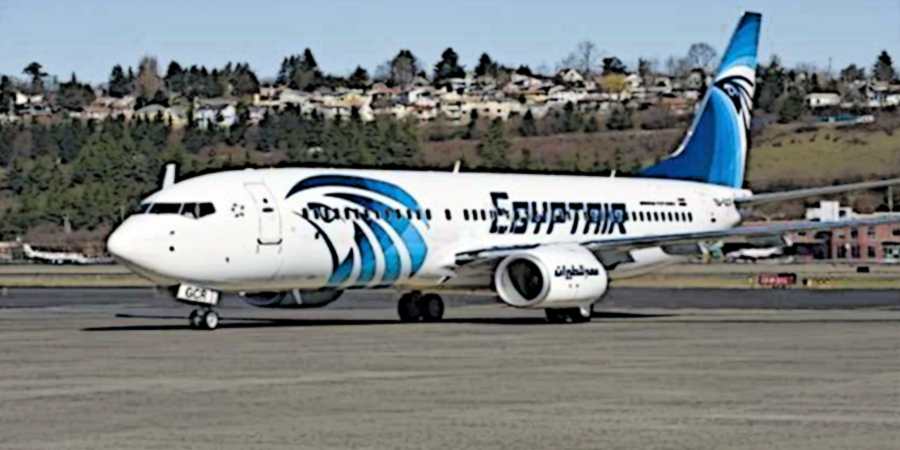 Egypt will resume flights from July 1st, the civil aviation minister said in a joint press conference with the ministers of tourism and information.

The decision is “an important step for the aviation sector to be accompanied with the sanitization operations for all the country’s airports and aeroplanes,” said Mohamed Manar, Civil Aviation Minister.

The minister also added that air traffic will operate regularly in the country then gradually with other states.

As a precautionary measure to curb the spread of the COVID-19, Egypt had suspended international flights since March 19 as well as shutting down shut down restaurants, hotels and cafes.

Mr Manar noted that the suspension period was used to enhance the infrastructure of airports national wide.

“All planes have been comprehensively sterilized and only dry meals and canned beverages will be offered,” Manar said.

Mr Manar also added that the distribution of any publications onboard will be banned.

He added that there should be social distancing during boarding and in queues, tourists have to fill a declaration form to state that they do not show any COVID-19 symptoms, cabin crew will be obliged to put on face masks, while a Universal Protection Kit will be provided to each traveller.

The ministers noted that all precautionary measures for the resumption of international flights and tourism were coordinated with the health ministry.

Minister of Tourism and Antiquities Khaled al-Anany said that there are preparations to resume foreign tourism in three provinces that have the least COVID-19 infections namely South Sinai, the Red Sea and Matrouh.

The Red Sea and South Sinai have the popular resort cities of Hurghada and Sharm El-Sheikh, which are among the most attractive tourist destinations worldwide.

Hala Zayed, Egypt’s minister of health had earlier noted that Egyptian tourist destinations have recoded the lowest numbers of coronavirus cases, unlike greater Cairo which has recorded the highest number of infections.

The COVID-19 pandemic has shut down Egypt’s tourism sector, which the Egyptian government says accounts for 5 per cent of GDP with analysts saying the figure may be as high as 15 per cent if indirect jobs and spending and investment are included.