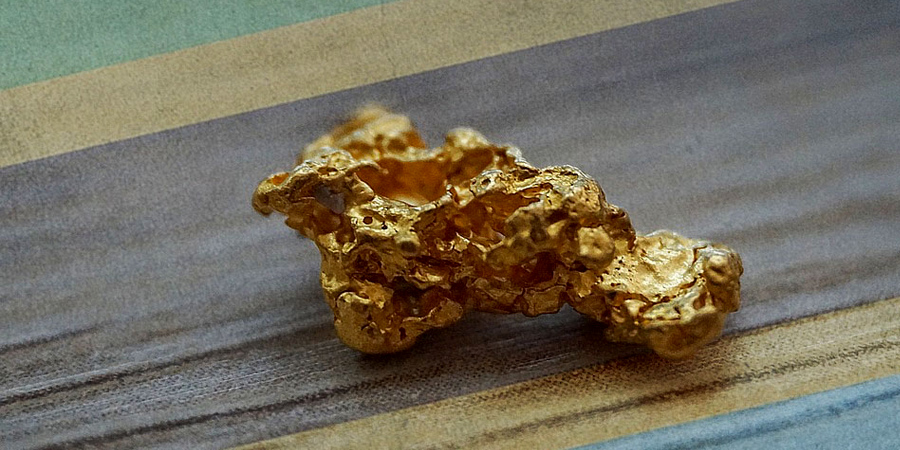 In an interesting development, while demand for gold is on the rise all over the world, gold output in Zimbabwe has fallen 17 percent in the last four months.

Why? Well, because of Covid-19. Strange because it is a result of the pandemic that world demand for gold is on the rise as people try to store the value of their money in gold.

Yet in Zimbabwe, small scale miners in the country are failing to conduct their mining activities because the country does not have the needed cash to buy mining inputs. Well let’s not say the country doesn’t have cash because it does, its just that no one will accept the Zimbabwean dollar.

So the trouble is that, Zimbabwe relies on other currencies, like the US dollar to make large and small payments alike like explosives among other things. To get the dollar into the country requires flying it into the country; and that’s where the problem starts, or rather, gets worse.

Since the outbreak of Covid-19, flights have been grounded so how is Zimbabwe supposed to get the cash it needs to buy mining materials to dig out the gold? The answer is evident in the cry of small scale miners.

“We cannot buy our inputs…we need explosives, we need diesel, how can we buy them is there is no money?” they query.

Local media says there are concerns over the “…late payment for gold delivered to Fidelity Printers and Refiners (FPR).” FPR is the Reserve Bank of Zimbabwe, it is the monopoly in gold dealings, buying and exporting, and local media reports that “…the FPR is struggling to import cash by air transport to pay for gold deliveries due to restrictions caused by the Covid-19 pandemic.”

Zimbabwe Miners’ Federation (ZMF) also admits that the grounding of flights is now affecting their gold production. In effect, the body met with the FPR and the word is, the hope the situation will ease up in the coming weeks as countries ease border restrictions around the World.

“Cash has to be imported but because of the fact that airlines have not been moving ordinarily as they would due to Covid-19, it has become difficult for us to import cash on time,” FPR General Manager, Mr. Fradreck Kunaka told local media.

Last year, gold accounted for US$1,3B in Zimbabwe’s annual forex earnings. That amount represents almost a third of its total export income. So when the country’s small scale miners are in peril, its really the whole country that is in peril. To put it in perspective, the small-scale miners represent more than 60% of the country’s gold output.

While Covid-19 has Zimbabwe gold miners struggling, their counterparts in Tanzania are making it big because of it. Reports hold, there is an increase in demand for gold across the World.

Investors, both individuals and companies (and countries) would like to keep the value of their money safe and how else to do but to buy gold, the global standard measure of value.

“The increase in gold prices as a result of its increasing demand as a safe haven asset will provide a buffer to Tanzania’s mining sector,” reads the Deloitte, Economic impact of the Covid-19 pandemic on East African economies report.

Further still, according to Tanzania’s Central bank, the Bank of Tanzania (BoT), gold exports shot up to US$2.32B from US$1.68B for the year ending March compared to the same period last year.

All in all, Tanzania’s mining sector is doing well even in the face of the pandemic, and as we have seen iin the case of gold, it is actually performing extra well due to the pandemic. The mining sector in Tanzania has enjoyed a growth of 10.6 percent in 2019, thanks to increase in the production of gold as well as silver and natural gas.

The Gold Test: Using gold to check for disease

Turns out, for more than 4 decades now, tiny spherical particles of gold have been used as “indicators” in lateral flow assays (LFAs). What on Earth are LFAs? Well if you are in Africa, you have certainly come across LFAs, you just didn’t know that’s what the are called.

LFAs are the small white tests that the doctor drops your blood onto and the indicator determines whether you have malaria or not.

Trevor Keel, a Consultant with the World Gold Council, explains LFAs are simple diagnostic tools, which provide a reliable yes/no determination within 15-20 minutes. Tests can be used in any setting, and do not require specialist equipment or administration. The gold particles travel down the test strip with the patient sample (in this case, a single drop of blood) and, if malaria is present, collect on the test line changing the colour to a deep purple. Without the gold, this colour change would not occur, making the outcome of the test impossible to determine visually.

The consultant notes that, the WHO estimates 412 million malaria LFAs were sold in 2018, with over 250 million of these purchased and distributed by National Malaria Programmes worldwide. Tests are produced for dozens of life-threatening illnesses, meaning that the total annual number of LFAs is likely to comfortably exceed half a billion. And the vast majority of these contain a tiny quantity of gold.