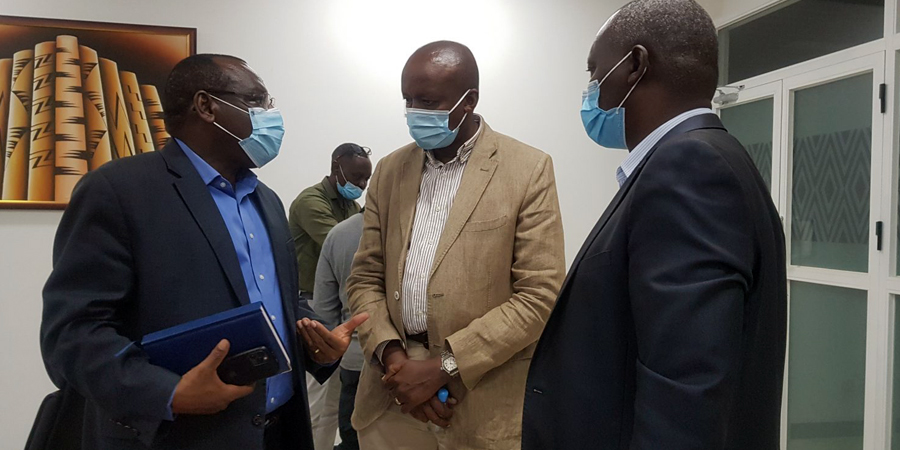 Transporters of cargo across borders smiling all the way to their banks due to steady inflow and outflow of goods.

The revaluation was made by the Chairman of the Rwanda Private Sector Federation (PSF), Robert Bapfakurera.

He was speaking to journalists at the Ministry of Infrastructure alongside representatives of other traders.

The Minister of Infrastructure, Amb. Clever Gatete, said that indeed cross-border trade has not been affected by the pandemic and that the volumes of trade are encouraging as the economy nurses bruises inflicted by the CoronaVirus.

“Business is high, we ” Gatete said. “Volumes are very impressive. We are very comfortable.”

Bapfakurera says, “there has an increase in trade except in tourism since end of April after the partial lifting of the lockdown.”

According to Minister Gatete, Rwanda receives between 400-500 cargo trucks in 24hrs from the central corridor (Rusumo-Tanzania) and up to 75 from another corridor (Cyanika & Kagitumba).

”In a short period, we might see the government opening up borders,” Bapfakurera says, however adding that, “but since the pandemic is still high and other countries still closed, we may remain closed until a later date.”

He says that East African Community member states will have to continue discussing on how to harmonize measures against the pandemic.