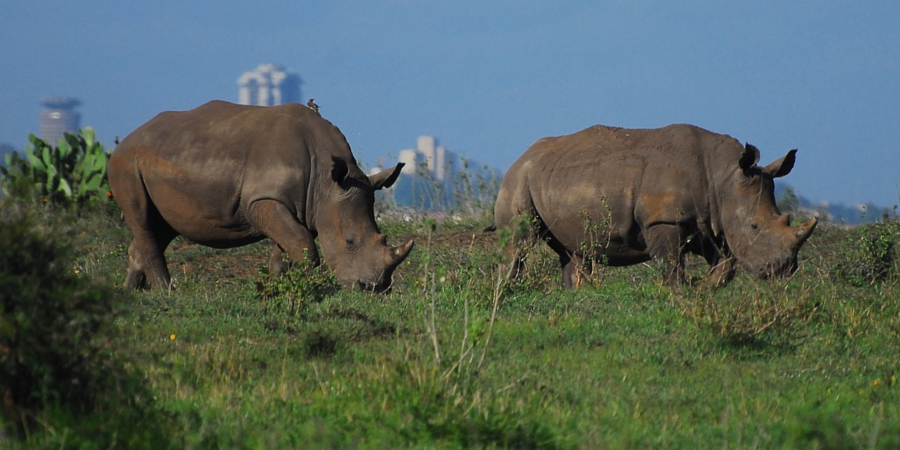 There is no Expressway under construction at the Nairobi National Park, Kenyan Wildlife Services (KWS) has said in a statement.

KWS responded following uproar by conservationists and Kenyans at large following a viral photo showing an earthmover excavating the ground while a handful of lionesses’ enjoy a good time on a heap of soil being excavated.

The service through its Communication Department termed the information circulating on social media false.

It explained that a local contractor was working on a road within the park which links Central Workshop to KWS Headquarters.

“KWS has recently noted reports appearing in social media platforms insinuating that there is a new expressway road being built next to the SGR passing through Nairobi National Park. This is not true, and a total misrepresentation of the facts,” read a statement in part. The correct position is that a local contractor engaged by KWS is improving the road joining KWS Headquarters to Central Workshop inside the Park,” it added.

KWS added that the contractor is scooping murram for use on the road at a quarry near the Standard Gauge Railway site and will fill it one done.

“The contractor will rehabilitate the quarry pit after completing the works on the road in accordance with an Environmental Management Plan approved and availed to him by KWS Management.”

This comes as a spirited online campaign dubbed #savenairobinatioonalpark continues to gain shape opposing any planned development in the park.

Conservationists argue that this is likely to tinker with the natural habitat of the animals at the park as witnessed over the years.

Fazeela Mubarak, a conservationist explained that: “Just a few years ago, Nairobi National Park boasted of a dozen number of cheetah, today only one male is known to exist. Their numbers have dwindled because of fragmentation and development. We must not allow this to happen to other species.

Through public participation with different stakeholders, KWS in collaboration with the Ministry of Tourism will decide on which way to take regarding planned development in the park.