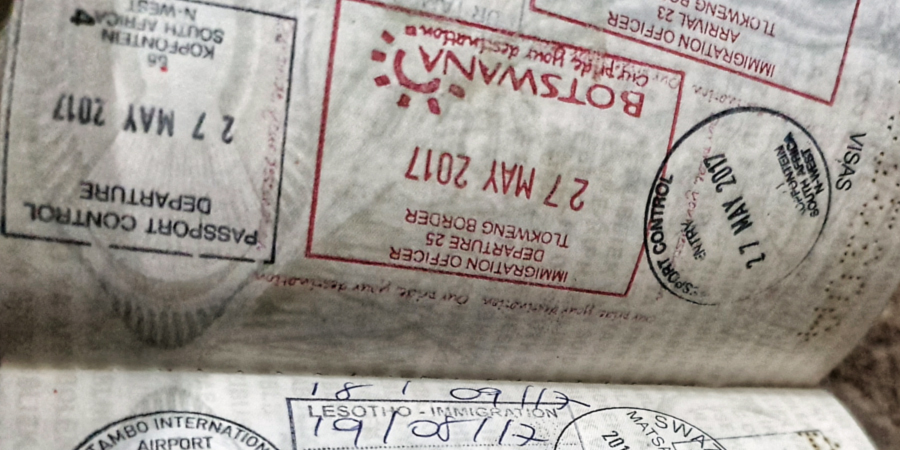 For many years, European passport holders have been given the freedom to move around a majority of their continent without the hassle of arranging a visa beforehand.

A similar luxury has been given to people from South American countries in regards to travel from country to country on their continent. So what about Africa? Let’s say for example you held a passport of a country on the African continent & you had the desire to visit every other country on the continent. What would lie ahead of you would be an adventure, a very long trip & gigantic hurdles otherwise called visa restrictions.

Africa is home to 54 countries & according to the latest information from the Henley Passport Index, the average African passport can visit roughly 27 of these either without a visa or by obtaining a visa on arrival. The average European passport can enter 35 African countries without a prearranged visa & the US passport a whopping 37. With the exception of a few, most African countries require you to physically go to their embassy to apply for a visa & to make it even more difficult, many of these countries will only issue a visa when you are applying from your home country. Not only are these applications inconvenient because you have to make your way to the embassy, but they often involve huge costs & what seems like endless amounts of pointless paperwork.

The countries with the three biggest economies in Africa are Nigeria, South Africa & Egypt. As business is a very important part of travel, you would think travel requirements would be streamlined between these countries, but that isn’t the case. In fact, none of these three countries’ nationals are permitted to enter either of the other two countries without going through a visa application process at their embassy; an online option is not even available.

Morocco, South Africa & Egypt are the countries that have the highest number of tourists per annum. These tourists, however, are not coming from other African countries & as you may have guessed, like I stated above, the people from the top tourist destinations on the continent cannot be tourists in each other’s countries without a prearranged visa.

Also read: 11 African countries to be allowed to enter the EU

All of this brings me to an obvious question: Why is it so difficult to travel through Africa on an African passport?

Truthfully, I don’t know the answer nor am I likely to have it any time soon. Is it because the tourism industry in Africa is undeveloped? Could it be that countries wish to preserve their culture & way of life by limiting the number of visitors they see? Or could the answer be more sinister in nature & is the reason xenophobia in the richer African countries? It’s easy to speculate & create theories, but I’d likely only know the true answer if I was privy to higher government meetings in various African countries – little to no chance of that ever happening in my life.

What we do know is that Africans who do wish to travel will most likely be opting to travel overseas for the time being. This is due to the high cost of travel within Africa & daunting prospect of bureaucratic visa applications. Travelers are far more likely to choose a cheaper visa free Asian destination or obtain a Schengen visa which allows them access to numerous countries in Europe. That is the reality of traveling Africa on an African passport.