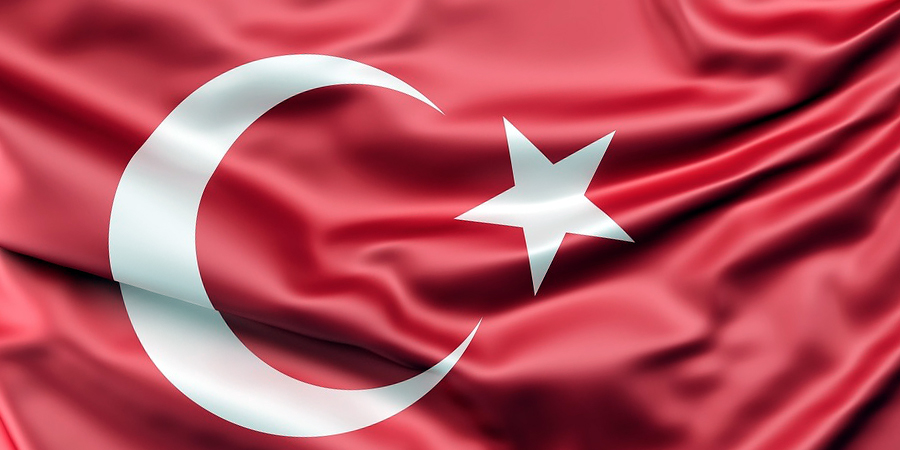 With the global attention on the covid-19 situation, each day brings new headlines of its impact on individuals, communities, businesses, markets and industries. Tackling this challenge requires multilateral response, international cooperation and global solidarity.

Turkey and several African countries have already begun to take steps at easing the lockdown measures imposed to stem the spread of coronavirus, but the ban on social gatherings is still in place.

Before the COVID-19 outbreak, Africa was expected to have the highest economic growth rate in the world. Besides, Turkey’s trade and investment relations with African countries were gradually taking place forward and blooming. However, the pandemic has changed the landscape and the dynamics of doing business with the continent. African countries have reported cases while the health care systems are inadequate, and the most worrisome thing about this, the uncertainty surrounding has raised concerns on how it could the virus spread, and how its economic effects might be catastrophic, with a sharp drop in exports and a rise in unemployment.

Despite all these negative indicators, Africa’s past experience and constant fight against recurring and infectious diseases have helped the countries to take necessary measures with regards to global trends. And, regional and multilateral financial institutions have mobilised the credits to provide front-line health services, support continuation of projects and keep economies afloat in the face of the worst global economic downturn. The strategic partnership of mutual-benefit and common development between Turkey and African continent has continued and been prioritized.

Africa’s rise is not just important to Africa, it’s important to the entire world. And Turkey is the strategic partner, international promoter and supporter of integration of Africa. During the last 17 years, the political trust between Turkey and African countries has been continuously strengthened, and Turkey has established a powerful partnership, which has been upgraded to a strategic partnership of mutual-benefit and common development.

Turkey has been granted observer country status in African Union (AU) and has been accepted as a non-regional member of African Development Bank in 2008 followed by a Declaration issued by the Bank Group’s President, on 2013 formalized Turkey’s membership in the Bank Group.

With Turkey-Africa Partnership Summit organized in Malabo-Equatorial Guinea in 2014, Turkey’s vision and objectives have been modified aiming to increase the Turkish FDI to Africa, job opportunities for domestic people and creating an environment conducive to economic development of African countries.

During the past 17 years, Turkey and Africa has enjoyed rapid growth in trade and economic cooperation, which benefited both side:

The Turkish Government has also used development aid to help facilitate commercial interactions. As an emerging donor country, Turkey is keen to share its development experience with the countries in need of help. Turkey gives 0.54% of its GDP to official development assistance.

And the Turkish image and presence has been enhanced by the engagement of private companies, NGOs, and Turkish schools in the Continent.

During this global health crisis, Turkey has continued providing all assistance needed not just only by the Government but also by Turkish private sector resident in Africa. Turkish companies have started to produce mask and protective coveralls in their manufacturing facilities in Africa; they have made donations for national funds in African countries as well as food and medical supplies.

Turkish President Recep Tayyip Erdoğan has talked with close to 10 African leaders since the start of the pandemic, as Turkey’s coronavirus assistance to 55 countries is of great importance. Of those, 20 are African. Turkey’s coronavirus diplomacy played a major role in developing relations with Africa. Turkey also sent humanitarian aid to Somalia, Djibouti and even the small southern African country of Lesotho to help relieve these nation’s economic difficulties. The coronavirus outbreak has been growing in Africa since early March; it was the same time that Covid-19 was confirmed to have reached Turkey. Turkey has continued to report declines in the death toll and number of patients at intensive care units.

The current data is in favor of Turkey to fight against the virus. Unlike developed countries, Turkey has been successful in controlling its cases and growing its recovery rate and, this has been achieved with Turkey’s strong health system and experience. Turkey expects to survive this pandemic with minimal damage.

Investment in health systems and domestic production are more important than ever. And Turkey is ready to transfer of our experience to build a strong heath care system in Africa. This health field cooperation will also affect medical production and trade. Turkey’s experience in medical equipment manufacturing and creating world-class products will increase its health supplies trade with Africa as well as domestic production.

Turkey also offers knowledge-driven solutions and frugal engineering and construction experience to execute necessary infrastructure projects in an economical manner. Turkey’s long term companionship with Africa on the win-win basis and the attainment of Africa rising vision hinging on the motto of “African issues need African solutions” would form a meaningful cooperation by combining Turkish know-how with African resources.

Africa is on the move the fastest-growing economies in the world are in Africa. From North to South, from East to West, Africans want to do business and grow businesses, and create value and companies that will last and that will help to build a great future for the continent. So there’s still so much untapped potential. There is a need to keep working to integrate African economies, diversify African exports and to invest more in the infrastructure that is the foundation of future prosperity.

All these wishes were mentioned during the webinar organized by Foreign Economic Relations Board of Turkey (DEiK) and hosted H.E. Wamkele Mene, Secretary-General of AfCFTA, Mr. Admassu Taddese, Chief Executive of Trade & Development Bank (TDB) and Dr. Khaled Sherif, Vice-President of AfDB as panelists. (Watch the webinar at https://youtu.be/CihcygSx-jI).

If all restrictions would be lifted, the third session of Turkey-Africa Economic and Business Forum will be organized in cooperation with African Union and Turkish Ministry of Trade on 8-9 October 2020 in Istanbul.

The Forum will provide a platform for the business circles from African countries to meet with their Turkish counterparts to develop new partnerships which aims to build together, produce together, sell what’s produced together and share the profit. (www.turkeyafricaforum.org).

About DEiK
DEiK is a business diplomacy organization conducting the foreign economic relations of the Turkish private sector in particular with respect to foreign trade, international investments, services, contracting and logistics.

And it is a unique platform with its 146 Business Councils, 97 Founding Institutions and over 2.000 individual members representing Turkey’s business community and its leading entrepreneurs, contributing to the functioning of the institution on a ‘voluntary basis’.

DEiK plays a catalytic role to strengthen Turkey-Africa trade, economic and cultural ties through its bilateral business Council mechanism linked with 50 counterpart organisations in 45 African countries such as from North Africa: the General Confederation of Moroccan Industries, from West Africa: the Employer`s Confederation of Guinean Companies, from Central Africa: the Democratic Congo Federation of Industry, from East Africa: Chamber of Commerce and Sectoral
Associations Ethiopia and from South Africa: Confederation of Economic Associations of Mozambique. DEiK has also cooperation agreements with African Union, COMESA and ECOWAS.

In line with Turkey’s win-win policy in Africa: A policy of mutual empowerment based on equality, transparency and sustainability, Turkey-Africa Business Councils create platforms for private sector and relevant shareholders for new partnerships. And, the Councils emphasize the importance of enhancing business relation with strategic partners and African diaspora in African market.