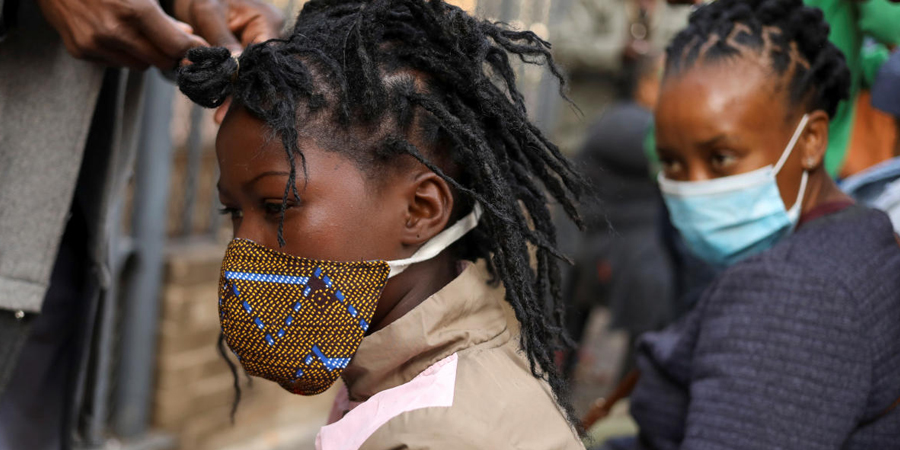 What’s next for Africa? The African continent has experienced a bitter reaction from the coronavirus pandemic, whereby as of May 13 almost every nation in the region battled the virus, while—other nations had cases less than 1000, the continent with some of the fast-growing economies could contract by 1.5 per cent and lose US$200B in income, according to International Monetary Fund (IMF) projections.

World Economic Forum brings an interesting perspective to the fold, as it pictures the regional economies in a deterioration hotbed as a result of de-globalization, and underlying factors such as operation shift to digital and debt burdens.

Hence—African Development Bank (AfDB) one of Africa’s vibrant financier has risen and displayed a rather crucial analysis pertaining the fate of the regional economy, the report was released on Tuesday 6 July 2020.

As the rest of the world strives to salvage and bounce back to normalcy, still—there are vital aspects at play that could either furnish Africa with support or demoralize its resurgence, as it had a serious economic burden before the pandemic, such as poverty, and internal and external trade imbalance.

The pandemic state in Africa
According to the latest data by the John Hopkins University and Africa Center for Disease Control on COVID-19 in Africa, there are over 500,000 confirmed cases, 11,900 deaths and nearly 245,000 recoveries, and yet—one of the region’s diverse economy—South Africa brings good tidings to the table.

“If anything, COVID-19 now gives us a much stronger platform – a stronger reason if we ever needed one — to transform and restructure the economy,” South African President Cyril Ramaphosa said during an interaction with representatives from the South African National Editors Forum in a live TV broadcast on Sunday, June 1.

According to the latest figures, there have been almost 31,000 confirmed infections, just over 16,000 recoveries and 643 deaths due to COVID-19 in South Africa.

The Southern African industrial hotbed had a rough season before the pandemic, as it entered into a second recession in two-year, the unemployment rate stood at 29 per cent and experience chronic power rationing which downgraded economic operations.

Hence, countries such as Kenya, Egypt, and Ghana have taken a cautious approach to reopening their economies amid virus fears. Despite that, East Africa’s newly categorized mid-income—Tanzania was never deterred.

“We have had several viral diseases, including Aids and measles. Our economy must come first. It must not sleep. If we allow our economy to sleep, we will not receive salaries,” President John Magufuli said during a Sunday mass on May 17 in his hometown Chato, according to The Citizen.

On the other side, things in Kenya—East Africa’s leading economy (and host of nearly 7.900 cases) have taken a different turn contrary to its trading counterpart Tanzania, has postponed school operations until 2021, but scheduled international flights to resume on August 1 and restrictions to be lifted in main cities.

“Today I order and direct that the cessation of movement into and out of the Nairobi metropolitan area, Mombasa county and Mandera county that is currently enforced shall lapse today or at 4 am tomorrow, Tuesday, the 7th of July 2020,” said Kenyan President Uhuru Kenyatta, yesterday 6 July.

Kenya with the highest cases and fatalities in the region has been hurt by the pandemic, as growth projected at 2.5 per cent in 2020 compared to 5.4 per cent in 2019.

“In the next 21 days, we shall study patterns of interactions and the spread of the disease. Any trends that signal a worsening of the pandemic, we will have no choice but to return to lockdown,” he said.

AfDB analysis
Prior the pandemic, AfDB placed the region economy to pick up to 3.9 and leading all the way to4.1 in 2021, while growth parameters eyed being improvement within private consumption, investment—which accounted for half of Africa’s growth and exports.

Contrary to that, the comprehensive analysis brought by the Bank shows that the regional economy could rebound in 2021 “provided that governments manage the COVID-19 infection rate well”.

The bank noted that growth was now projected to rebound to 3 per cent in 2021 from -3.4 per cent in the worst-case scenario for 2020

Earlier this year AfDB indicated in it’s Africa Economic Outlook 2020 edition that only about a third of African countries achieved inclusive growth, reducing both poverty and inequality.

Hence in that context, the financier argues that it “would depend largely on African governments’ effectiveness in flattening the curve of the outbreak and policies to reopen economies”.

With high paying sectors such as tourism, aviation and exports being crippled in several corners of the continent, it would take more than policy initiatives as much more complex scenarios are at play(such as health safety of the population, inequality, governance and debt burden). as only 21 out of 54 African nations have the right capacity to deal with pandemics

“To reopen economies, policymakers needed to follow a phased and incremental approach that carefully evaluates the trade-offs between restarting economic activity too quickly and safeguarding the health of the population. “said, Charles Leyeka Lufumpa, Acting Chief Economist and Vice President for Economic Governance and Knowledge Management, at the African Development Bank.

As the region remain open to other threats such as famine, climate change Ebola, pest-invasion (locust in East Africa) and given its weak health-care system, it is a bitter pill to swallow as COVID-19 stans to ether cripple or reform Africa for good.

“Under projected scenarios for the contraction of growth, Africa could lose between US$145.5B and $189.7B of GDP in 2020, according to the publication,” the report highlighted.

Further, the report indicates that—the poverty reduction efforts could be marred and almost 49 million Africans could be ejected into poverty, as nearly 30 million jobs are on the brink of vanishing.

“Across Africa, the response must be well-sequenced and multipronged, involving a public health response to contain the spread of the virus and minimise fatalities, a monetary policy response to ease liquidity constraints and solvency risks, and a fiscal response to cushion the economic impacts of the pandemic on livelihoods and to assist businesses”, the report agued.

AfDB report brought out vital interventions such as labour market policies to protect workers and their jobs, and structural policies to enable African economies to rebuild and enhance their resilience to future shocks.

The report also stressed that “the tourism, transportation, and entertainment sectors may take longer to recover. Between 2017 and 2018, African travel and tourism grew by 5.6 per cent, compared with the global average of 3.9 per cent”

As the pandemic affected the region unevenly, with nation’s such as Tanzania resuming operations with fewer fatalities compared to its trade counterparts Kenya and South Africa, the region ought to be strategic in regaining a strong foothold in the global economy share.