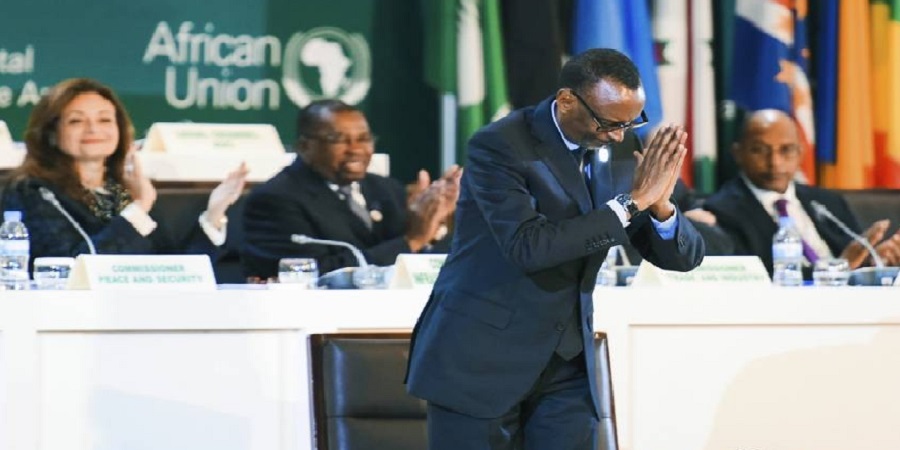 The Agreement Establishing the African Continental Free Trade Area (AfCFTA) was brokered by the African Union (AU) and adopted by 44 of its 55 member states on 21 March 2018. By February 2019, all AU countries, except Eritrea, had become signatories to the AfCFTA, which came into force on 30 May 2019.

The AfCFTA aims to increase Africa’s presence in the global economy by improving intra Africa trade flows and attracting foreign investment. Once the AfCFTA is fully operational, it will be the world’s largest free-trade area by number of countries.

In order for AfCFTA to be binding on the signatory states, it must be ratified in accordance with each country’s internal procedures, and to date, only 30 AU member states have ratified the agreement.

However, only 28 member states have completed the entire process whereby their ratified agreements have be deposited with the Chairperson of the African Union Commission (AUC) – the designated depository for this purpose.

The AfCFTA is to contain the following six protocols, of which only the first three have been concluded:

The Protocol on the Trade in Goods is aimed at creating a liberalised single market for the free flow of goods within the African continent. This is to be achieved through progressive elimination of tariffs and non-tariff barriers (NTBs), such as customs and administration requirements.

State Parties are to accord products imported from other State Parties no less favourable treatment than that accorded to similar domestic products. However, State Parties are permitted to apply some protectionist measures, such as anti-dumping measures and measures to protect infant industries, when necessary.

The Protocol on the Trade in Services is aimed at inter alia enhancing the competitiveness of services, fostering domestic and foreign investment and accelerating efforts on industrial development. It allows State Parties to enter into agreements for the recognition of the education or experience obtained or license or certifications granted by other member states and requires each State Party to regulate territorial monopolies.

What has been implemented?
The AfCFTA promises significant gains for the continent in respect of welfare gains, GDP, employment and intra-African trade growth and a reduction of Africa’s trade deficit.

However, little has been achieved thus far in terms of its implementation. The operational phase of the AfCFTA was launched at the 12th Extraordinary Session of the Assembly of the AU held on 7 July 2019, where it was decided that inter alia (among other things)

Although the February 2020 session took place, final schedules of Tariff Concessions were not submitted and the Assembly urged State Parties to submit these at the Extraordinary Summit of the AfCFTA Council of Ministers to be held in May 2020 in order to start trading under the AfCFTA on 1 July 2020.

As a result of the Covid-19 pandemic, the meeting of the Council of Ministers took place virtually; however, it is unclear what decisions were taken and whether all schedules of Tariff Concessions were submitted.

Commentary
Africa is one of the least integrated continents, with intra-African exports constituting only 16.6% of total exports in 2017, which is one of the issues the AfCFTA aims to improve. However, some of the initial concerns commentators have identified include:

Studies have shown that there will only be small gains from a reduction of import tariffs, with the larger gains occurring as a result of the reduction of NTBs. Furthermore, African countries generate significant revenue from trade tariffs. While the agreement is meant to offset those losses by resulting in higher tax revenue from increased consumption and income, there will be a period of loss and the gains will be determined by how countries pursue the necessary steps to lower NTBs.

As most African countries have significant NTBs and other protectionist measures, this will pose a significant challenge. The continent will also need to reduce infrastructure deficits, such as poor quality roads and ports, if the agreement is to operate effectively.

Ultimately, the view seems to be that there is promise in AfCFTA achieving its goal of increasing intra-Africa trade and foreign investment in the continent, but there is a lot for African countries to do before the agreement can actually achieve those goals.

The Covid-19 pandemic arguably creates a pressing need to reduce Africa’s high trade dependence on non-African states. The AfCFTA could help facilitate this, but it would mean intensifying the process and reducing the current five-year timeline for the liberalisation of tariffs.

Reducing this timeline, however, becomes even more challenging in light of the current lockdowns and border closures across the continent in addition to the Secretary-General of the AfCFTA having postponed the commencement date of 1 July 2020. Although the postponed date is till unclear, reports suggest trade under the AfCFTA will take off in January 2021.