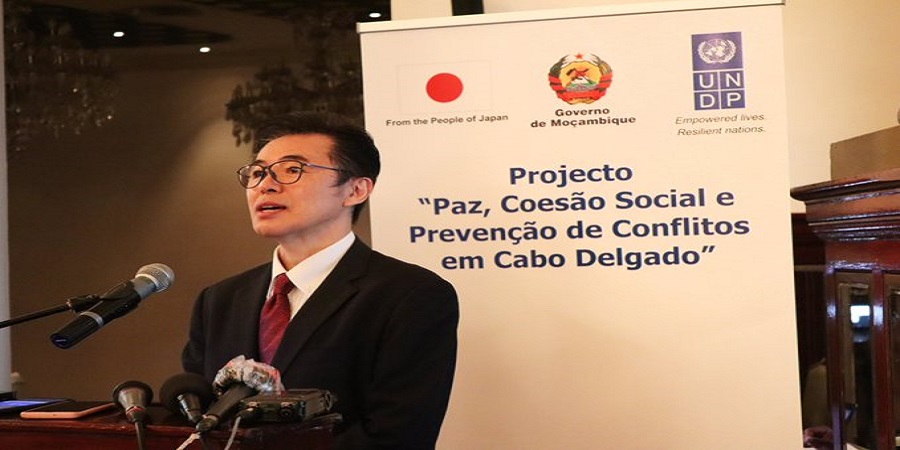 The United Nations Development Programme (UNDP) and the Government of Japan on Friday launched a project for conflict prevention in Cabo Delgado, a province affected by armed violence since October 2017.

The project, supported by the Japanese government, aims to create mechanisms for peace, social cohesion and conflict prevention and will be coordinated by UNDP, in partnership with the Ministry of the Interior of Mozambique.

“The Government of Japan has decided to support mainly population groups and communities displaced by the existing tensions due to violent conflicts, thus improving awareness on violence prevention and livelihood capacity in Cabo Delgado”, said the Japanese Ambassador in Maputo, Kimura Hajime.

Also, the UNDP resident representative in Mozambique, Francisco Roquete, highlighted the importance of supporting populations, especially the young and women.

“Through this project, we foresee not only containing ongoing conflicts, but also creating enabling environments in which communities can enjoy social and economic development in a sustainable manner,” he said.

Cabo Delgado, the province where the largest private investment in Africa for natural gas exploration is advancing, has been under attack since October 2017 by insurgents, classified since the beginning of the year by Mozambican and international authorities as a terrorist threat.

The incursions of armed groups in the last two and a half years in that province have already caused the death of at least 700 people.

The provincial capital (Pemba) has been the main refuge for people from the affected districts, located further north in the province, but some prefer to flee to other places, including Nampula, a neighbouring province.

The number of internally displaced people due to the violence in northern Mozambique has doubled since March and now stands at 250,000, according to the latest information from the United Nations Office for the Coordination of Humanitarian Affairs (OCHA).