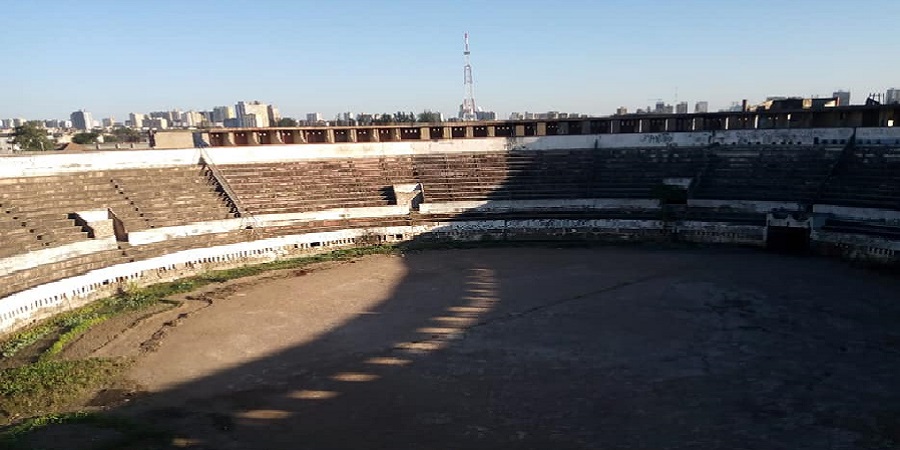 Secretary of State for Sport, Carlos Gilberto Mendes, has visited the Praça de Touros in Maputo city, and says it will be turned into a sports and cultural event venue.

A working visit by the Secretary of State for Sport, Carlos Gilberto Mendes, to the state-owned Praça de Touros in Maputo’s Malhangalene neighbourhood on Monday served to assess the infrastructure’s current condition prior to its redevelopment in concert with the City of Maputo.

The enclosure, which once hosted equestrian events and bullfighting, is today a vehicle repair business centre.

The Secretariat of State for Sport hopes to turn the Praça de Touro into a venue for sports and cultural events with the construction of a multi-purpose pavilion.

“The important thing is that the space becomes a venue for sporting and cultural events, as has happened at the Maxaquene field and pavilion, taking advantage of the fact that this enclosure brings together three districts of the City of Maputo, all of which are popular and can benefit from the plans for the Praça de Touros,” Secretary of State for Sport Carlos Gilberto Mendes told press after visiting the infrastructure, which was built in 1956.

Mendes was accompanied by the City of Maputo Councillor for Education and Sport Edmundo Ribeiro, who showed the holder of the sports portfolio round the enclosure, which is under the management of the Mozambican capital authorities.

Edmundo Ribeiro did not say when redevelopment would begin, but said there would be a joint enterprise with the Secretariat of State for Sports to make the space into an attractive sports and entertainment venue for the citizens of Maputo.

Source: Secretaria de Estado do Desporto via Club of Mozambique