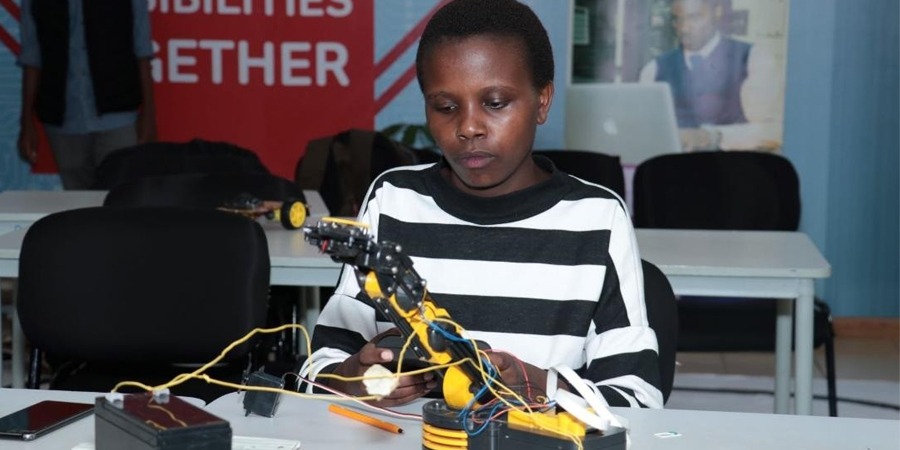 Technology is greatly impacting the world of work as we know it and the future can only be assured to those who evolve with the times.

In addition to technological advances, globalization, demographic shifts and the impact of the social media are also contributing to the fast-paced changes to how we earn a living today.

While technology has made everything easier, it is also creating new opportunities and challenges for individuals and organizations seeking to ride the wave of change.

Just like in the rest of the world, many of the transformations in the work world will considerably impact jobs and East Africa is no exception with the economic outlook report for East Africa by the African Development Bank (AfDB) showing that job creation and displacement will no doubt be affected.

The report notes that East African countries will continue experiencing job creation and displacement as technology changes become the norm.

“New technologies as manifested in digitalization and automation are increasingly penetrating the domain of task. Technological advances and innovations in areas such as robotics, computing power, artificial intelligence and medical sciences are causing disruptive labour market changes,” notes the report.

Jobs that are most likely to be automated in East Africa include those in agriculture, clothes manufacturing, fishing and aquaculture, mining and quarrying, manufacture of wood, food products, printing and reproduction of recorded media and the textile industry.

Interestingly, most workers in East Africa fall in these primary and secondary sectors with a high risk of automation.

According to the report, those at the most risk of automation include occupational groups that do not require specific skills or training.

Under this falls food preparation assistants, assemblers, labourers, cleaners and helpers as well as refuse workers.

Others who could be negatively affected by automation are those whose large part of their job content involves interacting with machines, mainly in the manufacturing sector.

Those who fall under this category include drivers and mobile plant operators, machine operators, workers in the processing industry, skilled agricultural workers and metal and machine workers.

The report adds, “At the end of the spectrum are occupations that require a high level of education and training, and which involve a high degree of social interaction, creativity, problem-solving and caring for others.”

Another sector that could suffer from automation is the service industry including postal and courier activities, land transport and transport via pipes, services to buildings and landscape and waste collection treatment.

The report notes that knowledge-intensive business services have a low mean probability of being automated.

“Industries with a low average probability of being automated are all part of the service sector except for oil extraction (Nedelkoska and Quintini, 2018). The industries fall into the category of knowledge-intensive business services, which are the services and operations that are heavily reliant on professional knowledge and concerned with providing knowledge-intensive support for the business processes of other organizations. Their employment is heavily weighted towards science, technology, engineering and mathematics professionals (J-Figueiredo, Neto, Quelhas and Ferreira, 2017),” adds the report.

Looking into the future, the report notes that East African countries are poised to produce more sophisticated products and services at the core of their product space.

This is due to the structural transformation which in turn has led to the evolution of its product space.

The report adds that East Africa economies have been transitioning from the production of goods that required intensive use of unskilled labour and land to goods requiring infrastructure, institutions, and human and physical capital.

“Since what a nation produces today determines its future trajectory or future production, this implies that East African countries will be producing more of sophisticated products and services in future,” it adds.

Between 2015 and 2020, 5.1 million jobs around the world could have been lost as a result of technological disruption.

While digitalization and automation are reducing demand for routine and manual tasks, they are increasing demand for problem-solving and interpersonal skills. They have also opened the ground for new forms of work organization, confirming that workplaces are increasingly getting digitally focused and automated.

To remain relevant, the future worker has to be creative and innovative and embrace lifelong learning to be responsive to the changing dynamics in the world of work, adds the report.

East Africa’s education and skills development must evolve if it is to satisfy the future human capital needs of the region.

The report adds, “The future workers should be equipped with the requisite know how to deal with the demand for complex specialized skills for economies producing more sophisticated products. They need to be equipped with basic and technical skills augmented with soft skills that are aligned to the dynamic labour and product markets in the region and globalized economy, and to adapt to technological changes with ease. The education and skills development landscape must prepare the labour force for the changes in the future of work such as digitalization and automation.”

The future workers have to learn creativity and innovativeness to meet the demands of the changing dynamics in the world of work.

Lifelong learning should be encouraged to help the substituted workers regain new skills or take up jobs in other areas of the economy where they might be needed.