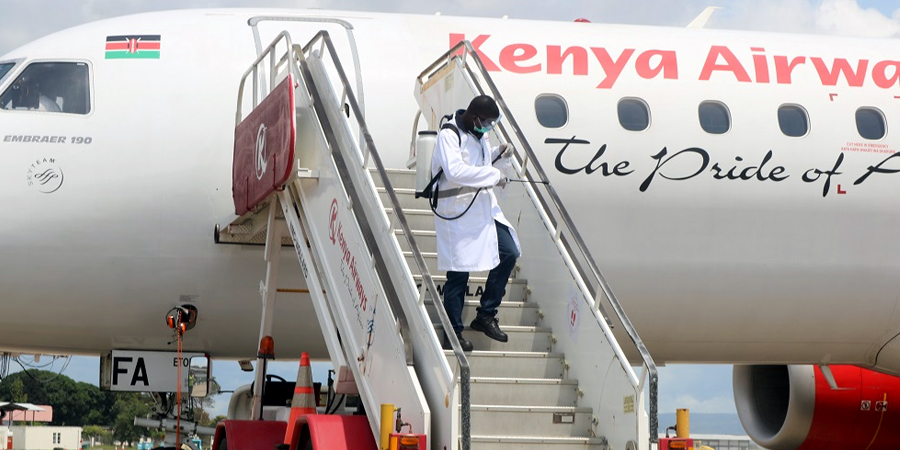 Kenya Airways resumed international flights on Saturday, heading to about 30 destinations for the first time since the routes were suspended in March due to the coronavirus.

The carrier, in which Air France KLM holds a small stake, resumed domestic flights in mid-July after the government cleared local air travel.

“We announced we are starting with 27 destinations, we increased it to 30 just following demand,” Allan Kilavuka, the airline’s chief executive officer, said during a ceremony ahead of seeing off a flight to London.

He said for the rest of the year the airline expected demand to remain below 50% of capacity, but it would increase flight frequencies depending on demand.

The COVID-19 pandemic has depressed the global aviation industry, with African carriers alone expected to lose $6 billion this year in revenue.

In July, Kenya Airways said it would lay off an unspecified number of number of workers, reduce its network and offload some assets due to the coronavirus crisis.

“What I have to emphasise though is it’s not because we want to. Those employees have done nothing wrong. They are very good employees. It’s just that we cannot afford to keep them,” he said.

The airline was struggling long before the coronavirus outbreak, posting 2019 losses of almost 13 billion shillings ($120 million).

Last month the Nairobi Securities Exchange suspended trading of Kenya Airways shares for three months, citing the government’s plan to restructure the carrier, after it submitted to parliament a draft law on nationalising the airline.