Today, in Europe most homes have access to fixed broadband. Let’s take Portugal as an example: 87% of homes receive their subscription TV services via Fiber or Cable[1]. Providers install and deliver the TV services using the Internet Protocol as part of quadruple or now, even, quintuple play offers.

In comparison fixed broadband penetration in most African countries is still circling a single digit (around 2% in Angola). African television consumption goes mainly through digital terrestrial television or via satellite direct to home services, or, for those in the know, DTT and DTH services. In this context, broadcasters manage the broadcast infrastructure from beginning to the end: they supply the access equipment as part of the offer, including antenna, cables, installation, and so forth.

In the Sub-Saharan region, for the time being, this is the only way to deliver its services to millions of households at a time. One may ask if it will stay this way for any longer, though.

So how exactly will 5G compete with Satellite & Terrestrial TV in Sub-Saharan Africa? And is 5G really going to bring a change to the TV landscape?

Let’s get the technical stuff right of the table: « 5G broadcast technology uses a process named FeMBMS (Further evolved Multimedia Broadcast Multicast Service). As a TV or radio broadcaster, this standard gives you the full spectrum of High Power High Tower (HPHT) applications in downlink-only mode for the first time.»[2]

Now, don’t be scared, simply put: HPHT is actually what DTT, with its 60m high antenna towers, transmitting the signal to a million subscribers at a time is all about. So, what’s the game changer?

The new thing about 5G is that it delivers actually a full new ecosystem for broadcasters and customers alike with a range of amazing new spectrum of interaction and depth of TV experience. It’s TV rebooted!

5G network provides the speeds and low latency required to transmit a football game using the 5G set-up at the stadium. This potentially means more live events for customers! Concert, Sports events and why not, a Broadway Premier, all live…For broadcasters using the 5G network for transmission means covering live events without carrying their satellite transmission vans and equipment anymore. This results in cost savings coupled with the opportunity to cover more events.

Then there’s the impact on the customer experience, the triple A: Anytime, Anywhere, Any device the customer may access a live event: Want to have a more lively, sharper experience? Get yourself one of the 5G enabled 8K TV sets[3]. Want to give yourself a thrill? Put on your VR glasses and take a seat in the stadium to enjoy a 360° view of the game!

All this sounds great, how soon can one expect 5G broadcast in Sub-Saharan Africa?

Things put in perspective, 5G is still very recent. As the new cool kid on the block it draws a lot of attention but yet faces issues of many sorts that are exacerbated in Sub-Saharan Africa.

In Sub-Saharan Africa the regulatory environment has left digital migration to Digital Terrestrial TV mostly to private initiative. This, to the point that to date, in some countries the government own process hasn’t even reached completion.

In February 2018, about ten years after it started, the ITU had measured the digital switchover (DSO), understand the process in which older analog television broadcasting technology is converted to and replaced by digital television, to be at 28%[4]. Furthermore, the radio frequency range for 5G broadcasting and DTT are in the same spectrum, meaning that the regulators need to determine how to arrange the radio spectrum to not create interferences. In other words, while 5G broadcasting emerges with its requirements, the regulatory and migration process for the predecessor technology is still to be achieved.

From a technology point of view, not all releases including the release for 5G broadcast standardization for vendors have been delivered[5]. Also, 5G has to cope with the existing physics of radio transmission[6]. This means to carry a radio signal over as long the distance and as low the velocity for data.

Considering that 5G will add a bit of speed over 4G, your streaming experience may get a bit better. Fast enough to deliver subscription TV services like Netflix®, Amazon Prime® or Showmax™ from Multichoice™. However, these services already operate on existing telecom 4G and even 3G: more than satisfying enough for your average customer.

To make 5G broadcast popular, the cost to serve which drives the consumer prices is still a barrier. To deliver HD, 4K or 8K television to the home bandwidth requirements go up to 1Gbit/s. While delivery of 5G to the homes is less expensive compared to Fiber, it still comes at a considerable cost. The radio frequency necessary to deliver HD experience requires 5G network to be in a range of about fifty meters off a home…Even then, rain still could interrupt the signal.

For the home experience of TV for the greater public, DTT and DTH are reliable, robust platforms with consumer devices at quality available for the everyone. Hence, wherever DTT or DTH are in place, it’s unlikely to see them replaced in the coming ten years in any African country, but rather live alongside emerging, yet to be proven 5G broadcasting.

Right, so would there be a short-term opportunity for broadcasters? And how would it occur?

There’s the partnering on streaming services where TV apps drive traffic for the Telcos. 5G provides ubiquitous access, meaning any device can connect and, because they both run on the Internet protocol, the very same network that does broadcasting also enables Internet. Having streaming apps running off Internet connected devices gives the power to broadcasters to learn customer viewing preferences, which eventually enables delivery of bespoke entertainment to the customer. It allows to cater for the segment of one!

A Key element for broadcasters here is to keep building partnerships with Telcos that allow for reasonably priced data packages to offer access to the customer base. A company like Multichoice is already running a few of such partnerships across its markets, basically bundling DStv Now™ and Showmax™ streaming and VoD services with mobile data packages of mobile telcos.

Address the desires of your Premium segment

5G including 5G broadcasting, in its first stage, will be a luxury good allowing a seamless virtual experience linking each and every good, appliance and service at one’s disposal.

Nevertheless, entering partnerships with telcos, doesn’t mean ending up in wholesales which are synonymous to losing the crucial relationship to the customer. One has to understand that the concept to be developed here is rather a sell-through: using the telco as an enabler giving access to the subscription TV services operated by the broadcaster.

Following the lead of more advanced markets, where access to subscription TV services that have nothing exceptional anymore, broadcasters offer a differentiated approach, and hence create tailored flavors of its products that allow for telcos to offer a subscription best suited to the need of the customer. Therefore, telcos keep competing on shared content against each other.

5G broadcasting delivers a new playground for broadcasters to explore and learn about the extent to which technology can create a set of new customer experiences. But not only:  going even further, it also means learning about services integration and tailoring offers for telcos as resellers and partners.

At this very moment, a series of broadcasters across the continents have teamed up with telcos and tech companies to pilot new approaches to services using 5G, embracing the technology.

In 1889 the Tower Building, in New-York was its first steel framed construction. By moving from wood to steel as the new construction material, culminating at a height of 39 meters, it was the stepping-stone allowing the city to grow higher and bigger, becoming the big apple that we today know and that has since then never ceased to amaze us.

5G is just that, an opportunity for us to further our dreams and envision the futur. This is what 5G is to broadcasters: an invitation to further push the limits, going faster and doing better. 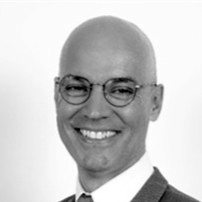 Assad Kondakji
With 25 years of experience in the IT industry, Telecoms and media organizations, Assad Kondakji has been leading Multichoice’s Customer division in Angola since July 2015 and has worked in Africa since 2013. Besides Multichoice Africa, Africa’s leading entertainment company, Assad exercised leading management positions with Deutsche Telekom, Saudi Telecom, France Telecom and MTS, the leading communication network for Russia and the CIS.

[5] To standardize vendors on the Multicast feature we will have to wait till the next 5G release by the 3GPP, the mobile broadband https://www.3gpp.org/release-17.

[6] A simple rule to radio waves: High frequencies provide higher speed, though provide a reduced range and ability to pass through objects (e.g. penetrate walls). A simple example is your Wi-Fi at home; Your 2.4Ghz network it is likely to cover twice the area than going running on 5GHz. Though the networks speed more or less doubles. https://www.centurylink.com/home/help/internet/wireless/which-frequency-should-you-use.html

South African consumer confidence recovered to its strongest level in two years in the fourth quarter as households anticipated better...

Join 100,078 other subscribers.
No Result
View All Result