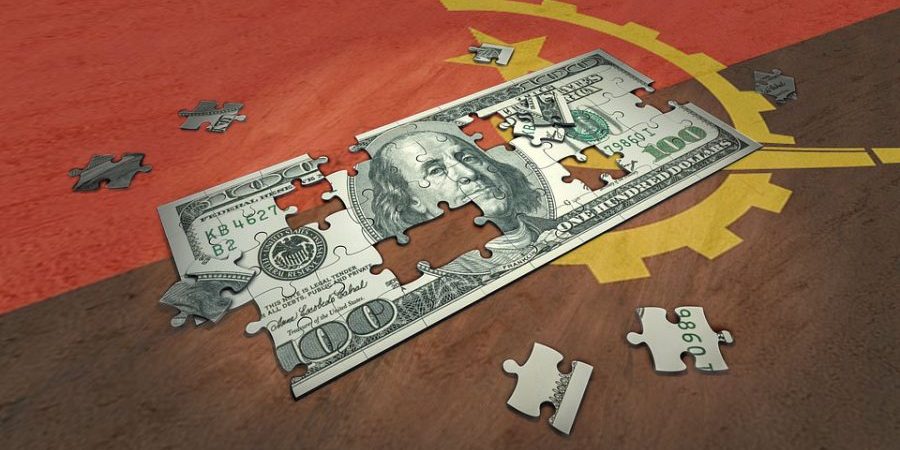 With an economy strongly affected by the 2014 economic crisis, which generated macro-economic imbalances and revenue shortfalls, Angola requested on 1 August the IMF the resumption of discussions to implement technical assistance.

The request, made under the Extended Fund Facility (EFF), resulted in the approval by the IMF on 7 December 2018 of a three-year Extended Arrangement in the amount of US$3.7B, with an interest rate of 3 % per year.

The agreement aims at supporting the country’s economic reform programme, in particular in restoring external and fiscal sustainability, and lays the foundations for sustainable private sector-led economic diversification.

This was Angola’s second request for financial assistance from the IMF, after in 2009, at the height of the “subprime” crisis triggered in 2008 in the US, which also affected the Angolan economy, forcing the state to borrow US$1.4B from the IMF to address short-term balance of payments problems.

With the approval of the new package, there was an immediate disbursement of US$990.7M, while the other tranches would be made available through periodic assessment by IMF specialists of Angola’s compliance with the programs.

The second tranche of US$248M was disbursed in 2019, the third tranche of US$700M was to be disbursed last July (2020), but remained for the second half of August to help with macroeconomic stabilisation and structural adjustments.

In essence, the programme requested by the government in 2018 seeks to support the implementation of the authorities’ reforms, promote policy discipline against the risk of reversal and give positive signals to stakeholders.

The main policy commitments under the programme are the immediate fiscal consolidation in 2018 to contain the increase in the public debt/GDP ratio and alleviate the effects of greater exchange rate flexibility on inflation.

Another purpose is the gradual implementation of primary non-oil fiscal restraint during and after the programme period to bring the debt-to-GDP ratio close to the 65% target, and to liberalise the exchange rate regime by eliminating foreign exchange market distortions, exchange restrictions and multiple exchange rates.

The aim is to strengthen the resilience of the financial sector by increasing banks’ capacity to manage the risks of a more flexible exchange rate regime, carry out asset quality assessments, recapitalise fragile banks, and restructure the largest public bank (BPC).

In the area of structural reforms, the aim is to improve governance, strengthen property rights and access to finance for enterprises, and reduce risks associated with public enterprises, including the restructuring of Sonangol.

In addition to the technical component, Angola, as a member of the IMF since 1989, has requested the adjustment of the support programme, adding a financing component.

These are therefore resources necessary for the state to meet its needs, especially now that the public finance crisis has worsened again, forcing the government to revise the 2020 State Budget due to the low oil price.

This volatility in the price of crude oil is due to the global containment caused by Covid-19, a pandemic that created pessimism and uncertainty in global markets.

Meanwhile, technical assistance and financing required the government to present a structural reform programme to the IMF to restore economic growth, make the economy competitive and maintain creditor confidence.

Based on the memorandum initialled with the IMF, the government decided to reduce public debt to 65 percent of GDP by 2023. Today, despite being sustainable, the debt corresponds to more than 100 per cent of GDP and is around US$72B.

The Government’s economic team expects that by the end of 2020, and based on the revised budget projections, the stock of public debt will fall to US$66B. The measures, already underway, are comprehensive, with emphasis on those of a fiscal, monetary and exchange rate nature, financial sector policy, public debt management, structural reforms and governance.

In terms of fiscal policy (taxes and other state revenues and their expenditure), together with the reduction of debt to 65% of GDP by 2023, the Executive must and is working on reducing the fiscal deficit, an objective that had almost been achieved, but which has returned in this revised budget to 4%.

The Government has proposed to continue the tax reform, introducing Value Added Tax (VAT) in October 2019, after successive postponements.

There was also the introduction of the special consumption tax and changes in the Labour Income Tax Code, now taxing higher income workers.

The Government has thus demonstrated a strong commitment to the policies of the IMF programme.

However, the more fragile external environment, especially the high volatility of international crude oil prices, as is now the case due to the social constraints imposed by Covid-19, poses challenges to its reform efforts.

The authorities are reacting with determination and have adopted a conservative amending budget for 2019, which was again the case for the 2020 State Budget.

Budget consolidation continues under the recently adopted amending budget. This is supported by a conservative expenditure envelope, which preserves social spending, and by the mobilisation of non-oil revenues, including through the updating of the Labour Income Tax Code.

A prudent fiscal stance and compliance with the recently published debt management strategy are important steps to ensure debt sustainability.