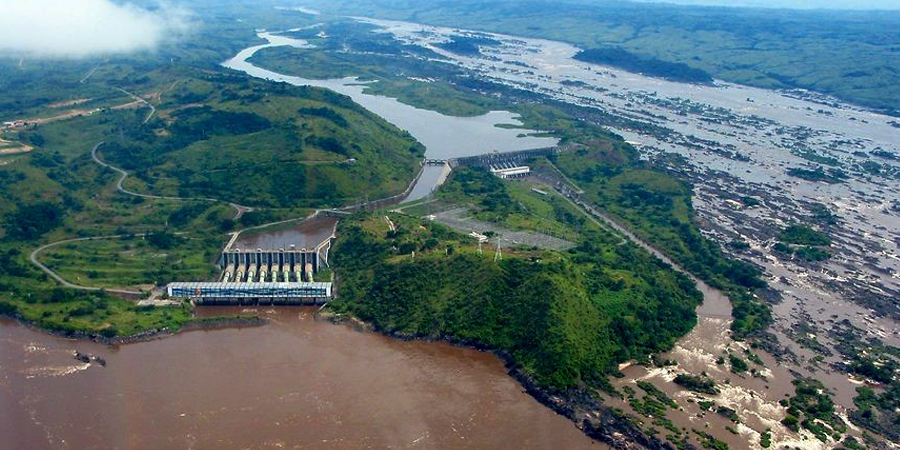 The latest news on the world’s largest hydropower scheme is that, despite the Coronavirus challenge, the Democratic Republic of Congo (DRC) is determined to move ahead with the Grand Inga project.

President Félix Tshisekedi plans to continue ‘selling’ the hydropower project to the continent at an upcoming virtual meeting.

According to a Council of Ministers summit held on 12 June, the President’s efforts will be on positioning the scheme’s hydroelectric potential to encourage calls for expressions of interest for the purchase of the energy produced.

Even though it continues to be a contentious project, imagine the possibilities!

The Inga hydropower dam is a grand project of 40,000MW to be constructed in six phases, which is an impressive capacity of more than double the Three Gorges in China (the world’s largest power station in terms of installed capacity (22,500 MW) since 2012). It has an equally grand price tag estimated at US$80B, which includes the transmission lines that will be needed to evacuate the power to the region.

Notably, the US$80B price tag is just an estimation, which is likely to be much more—a figure that will need robust power purchase agreements to establish investor confidence.

Now the success of Inga III, which is in the design phase, and the construction of the successive phases, hinge on the availability of market interest and funding for the projects.

Since the DRC’s current power demand is only at around 4,200MW, the strategy is to become a power exporter to the region.

It’s likely one of the main reasons why President Tshisekedi will be pitching the scheme during the virtual high-level multinational and multi-sector forum in September/October.

There is heightened interest both for and against the Grand Inga.

Chinese Firms Dominate Bid to Build Congo’s Inga Dam in New Pact.
Chinese and Spanish developers that want to build the Inga hydropower plant agreed to form a single consortium in an accord the country says is a crucial step to realizing the plan.

The US$14B dam is part of a long-delayed project known as Grand Inga that’s eventually intended to harness as much as 40,000 megawatts of power from the Congo River. Inga III would generate 11,050 megawatts, meant primarily for South Africa, other African markets and Congo’s copper and cobalt miners.

Former President Joseph Kabila in 2018 appointed two Chinese and Spanish groups that had competed for the project as co-developers. However, his successor, Felix Tshisekedi, has yet to approve their proposal and it’s not clear whether they’ll be granted exclusive rights to finance technical, environmental and social studies, as well as attract lenders.

Following the withdrawal of Spanish building firm ACS earlier this year, the new accord signed this month brings the developers together into a consortium that comprises six Chinese companies, including China Three Gorges Corp. and a unit of State Grid Corp., and AEE Power Holdings Sarl of Spain.

“A crucial step has been taken toward the start of Inga III,” Bruno Kapandji, the head of Congo’s Agency for the Development and Promotion of the Grand Inga Project, or ADPI, said by email. “Inga III is becoming a reality. The unification is part of the exclusive development agreement that was signed in 2018.”

At the same time, Congo “remains open to receiving other developers that have the required capacity and proven experience with similar projects,” Kapandji said.

Tshisekedi said last year that he prefers to begin construction of an earlier, smaller version of the project with a capacity of 4,800 megawatts that could be expanded later — a plan that was endorsed by African Development Bank President Akinwumi Adesina, who urged Congo to proceed with the project. The Chinese and Spanish groups believe the smaller plant isn’t economically viable.