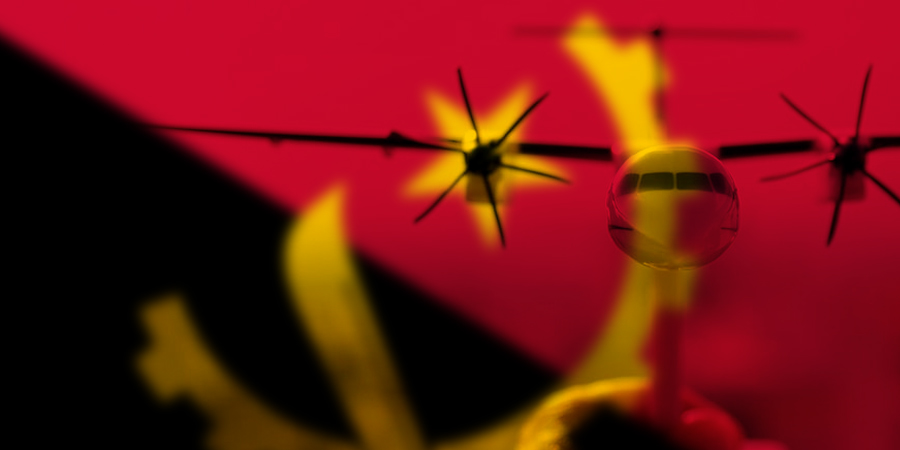 The Angolan flag company (TAAG), received last Monday the second of the six predicted Dash 8-400 plane model of the Canadian manufacturer De Havilland of Canada Limited (DHC), acquired by the Executive, within the framework of the region operator’s fleet.

On national soil, the turboprop aircraft, registered by D2-TFB, with a capacity of 74 seats, 10 of which in business class, was baptized with two water jets from the Fire Service of the 4 de Fevereiro International Airport and received the name “Zaire”, northern province of Angola.

This device, like the others in the same fleet, is intended to ensure domestic lines in the country and some regional routes in Africa, namely to neighboring countries, with low cost tariffs.

On the sidelines of the aircraft reception ceremony, the Flight Operations and Maintenance administrator, Hugo Amaral, said that this second aircraft is part of the reception process that started on June 29 (arrival date of the first aircraft).

The official said, at the time, that the arrival of the third one was scheduled for next September, but it has been postponed to a new date already under negotiation.

“As a result of Covid-19, which affects all sectors and aviation is no exception, the manufacturer and TAAG are re-planning to honour the commitments of both parties, and find out the dates for the next deliveries ”, he explained.

Regarding the entry into operation of these already available means, the executive administrator stated that as soon as the sanitary fence is raised, TAAG resumes its operations, and already with these new aircraft.

The Dash 8-400 aircraft, the most modern aircraft in its type, is easy to deploy in maneuvers, with low levels of pollution and fuel consumption, with a flight range of about 6 hours, up to two and a half thousand metres of altitude, at 700 kilometers per hour.

The first one, called “Kwanza”, arrived in the country on 29 June. The six aircraft acquired by the Angolan Executive cost a total of US$ 140M, which will be paid in seven years, with the possibility of another five years.

With the restructuring and renewal of the fleet, the Angolan airline has the expectation that, in addition to its modernization, it will arouse interest among the Angolan commercial aviation in the region and on the African continent, with more competitive prices.