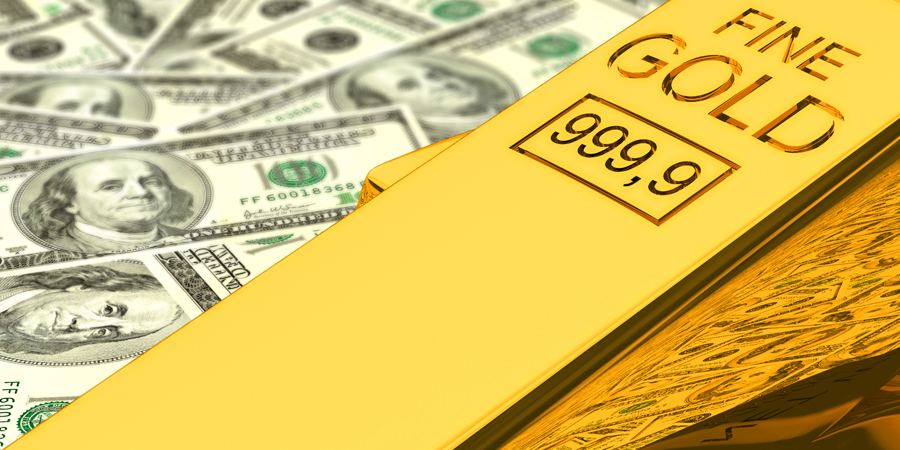 Inspired by Richard Duncan’s “The Dollar Crisis: Causes, Consequences and Cures” and influenced by what we have been witnessing recently in regards to unprecedented monetary policies (all over the world, but mainly from the US), I have written the below piece regarding the history of the Dollar. I hope you find it as interesting to read as I enjoyed while writing it.

How international trade used to work in Modern Europe

During the transition from Mercantilism to the Free Trade model – a moment in history that coincides with the end of the Napoleonic wars around 1875 – the classical gold standard was prevalent. If England had a big trade deficit with France, for example, England would have shipped gold to France to pay for this deficit. As a consequence, England’s money supply would have contracted, which would have meant less money in the economy and in turn would have caused severe recession and, eventually, deflation. The opposite would have happened in France. The French economy would have boomed, with more money and more credit, followed by higher employment rates, and finally more inflation. As rising prices would reduce France’s competitiveness, they would start buying more cheap English goods – so imports would rise and exports be reduced so that French’s gold reserves would start falling. In contrast, as a result, the trade between those two countries would have come back to balance again (what Richard calls the automatic adjustment mechanism). Therefore, there are two big lessons here: gold was the only money and big trade imbalances were unsustainable and self-correcting.

Also read: Opinion: Death of the dollar, what’s in it for Africa

The end of the gold standard

When the WWI erupted in 1914, the European economies did not have enough gold to finance the high costs of war. In order to solve this issue, the European Great Powers started printing paper “money” and issuing debt, therefore leaving behind their commitment to convert their currencies into gold at a fixed rate – in other words, abandoning the gold standard. The age of government credit took off. From 1913 to 1920, Germany’s government spending grew 70% per annum, on average, or almost 1400% (accumulated) during that period. France, UK and USA also experienced this same trend. In short (you can find precious details on Richard’s book), all this paper “money” and debt created to fund the war fueled a worldwide economic boom around the 1920’s also known as the “Roaring Twenties”. By the 30’s, as expected, those debt amounts could not be repaid, which led to the collapse of the global monetary system, international trading system and global trade. The world went into a long-lasting and deep depression. As Lionel Robbins wisely put in his 1934’s “The Great Depression” book, “It is agreed that to prevent the depression, the only effective method is to prevent the boom”.

The causes of the Great Depression in the United States

Given that the USA was the largest supplier of war materials from 1914 to 1917, the country’s gold reserves rose 64% during that time. Once America entered the war, in 1917, however, they began accepting government debt as payment for their supplies, and their trade surplus continued to expand, but this time not matched by commensurate amounts of gold. As a result, the USA witnessed a spike in its credit base, that doubled from 1914 to 1920, which boosted its industrial and durable goods output by more than 200%. It has brought about a situation of general oversupply by 1926, that caused a severe deflation in America’s economy. When the real economy was no longer able to profitably invest the excess liquidity in industrial plants given overcapacity, increasing amounts of money were shifted to the stock markets. Years later, as profit growth couldn’t keep pace with the stock market, the bubble burst. Share prices plunged, GDP contracted by 45%, bankruptcies multiplied, and a banking crisis emerged as 1/3 of American banks disappeared. And how did they respond to that crisis? Guess what? US government increased their spending by 900% from the ’30s to ’40s in order to fight against the depression. During that decade, Germany took over Europe while Japan took over most of Asia, and WWII started.

Also read: Gold rally a sign that dollar’s reign is in question

In the final months of WWII, the Bretton Woods system was created in an attempt to prevent countries from devaluing their currencies in order to take advantage in trade, therefore establishing the US Dollar as the international currency. It could be seen as a close substitute for the gold standard, as the value of the dollar was backed by gold reserves (at $35 per ounce), and all other major currencies were pegged to the dollar at fixed rates. During the ’60s, nevertheless, the US started witnessing a deterioration on their balance of payments, especially because of Vietnam’s military expenditures and the increase of US Banks’ internationalisation to Europe. This way, a vast amount of US Dollars had left the country back at that time, and foreign countries gradually started to convert their Dollars into gold. In the second half of the ’60s, however, the US had lost half of their gold reserves, and by the ’70s, there were 4 times as many Dollars overseas as US had gold available to convert those into the commodity. Richard Nixon, in order to avoid a recession that would have ruined his chances of reelection, suspended the convertibility of Dollars into gold in 1971. By 1973, the major trading powers agreed to allow their respective currencies to float freely against one another. The Bretton Woods system was officially over.

What happened next? US stagflation and Japan’s bubble!

The first oil shock, in 1973, was severely influenced by the end of BW system. The prices of Oil couldn’t have tripled if they didn’t have enough gold to buy the commodity, simple as that. No Keynesian could have imagined that America would experience double-digit CPI, double-digit unemployment and recession at the same time in the early ’80s, but that was what happened. Consequently, US trades have started to become imbalanced for the first time in America’s history. By the ’80s, the United States deficit was over 3.5% GDP (today it is even worse, about 4.5%), and most of this deficit was with Japan, that was receiving large amounts of US Dollars. In Japan, these US Dollars went to deposit banks, turned into credit, and resulted in a credit boom. By 1989, the Japanese stock index was trading at 100x PE multiples, property prices skyrocketed. This pattern of extraordinary foreign capital inflows led to accelerated lending and over-investing followed by asset bubbles and, eventually, economic collapse was repeated all across Asia from the mid-’80s to ’90s. And the “economic miracle” turned out to be more of a credit bubble.

After Deng Xiaoping’s economic reform in the ’80s, China entered the global international trade with its extremely cheap workforce. The US rapidly became an important trade partner to China, and not surprisingly US trade deficit started to skyrocket again, after having experienced a more balanced status through the 1990’s (as the “G-5” at that time made an agreement to devaluate the Dollar). Nowadays, China has the largest trade surplus of any country vis-à-vis the USA, around US$300B according to the latest annualised figures. And in order to avoid its currency from appreciating, guess what? Instead of exchanging those Dollars for their own currency, which would drive up the value of their currency and make Chinese exports less attractive, they buy US Treasury Bonds, Corporate Bonds, American stocks. As those Dollars return to the USA, they help appreciate the property market, the financial markets, and also helped push down US interest rates.

With all this taken into account, my final questions would be:

a. How to fix this flawed “creditism over capitalism” system in an era where there are no automatic adjustments anymore? Gold was a very efficient keeper prior to the 70s, but we no longer have the tools in our favour. I truly fear about the consequences of recent unprecedented measures by Central Banks in general (which of course are eventually always borne by the taxpayer). Avoiding economic downturns is as artificial as printing money out of thin air, in my opinion;

b. How can the US avoid inflation in its economy if they go ahead with the trade war with China? Of course, those two countries live in a symbiotic way nowadays, but once China starts migrating from an Investment-based economy to a Consumer-based one, the dependency on the US’ internal market will start to weaken. This threat gets even bigger if we take into account that China is progressively moving away from USD-transactions. I don’t have a clue on what will be the next global base currency, but I do believe it will neither be gold or US Dollars.