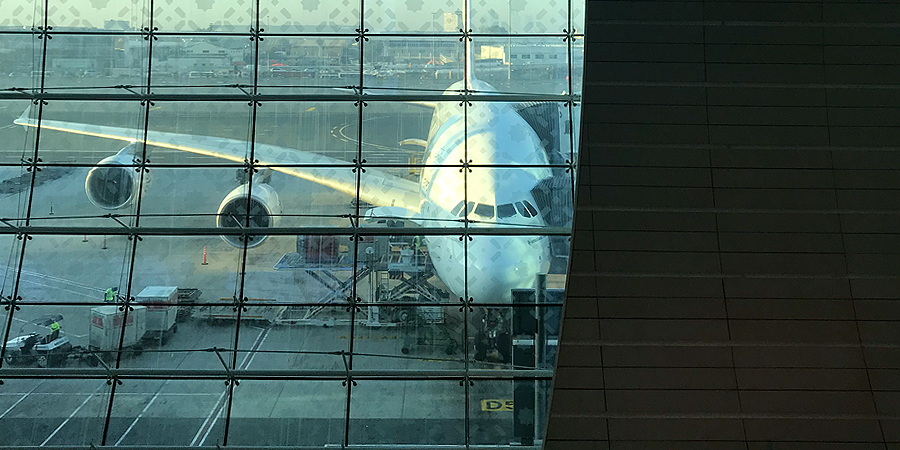 Until a few months ago, Africa was considered to be one of the fastest growing regions in aviation with approved data projecting an annual average growth of 5% in the continent over the next 20 years.

But as a consequence of the Coronavirus pandemic and associated restrictions, African airlines are forecast to lose US$2B this year.

Without urgent financial relief, the industry is at risk of collapse, putting about 3.3mn jobs and US$33B in African GPD in jeopardy, a study by the International Air Transport Association has shown.

To date, the governments of Sub-Saharan Africa Rwanda, Senegal, Côte D’Ivoire and Burkina Faso have pledged a total of US$311M in direct financial support for air transport. A further US$30B has been promised for air transport and tourism by a variety of governments and institutions throughout the region.

However, much of the relief is yet to reach those in need reportedly due to bureaucracy and complex processes.

‘Over US$30B in financial support has been pledged to aviation and tourism in Africa’, points out Mohamed Albakri, IATA’s regional vice president (Africa and the Middle East).

‘Some of this money has been allocated by governments, but far too little of it has reached its intended recipients. Governments and lenders need to urgently unchoke the bottlenecks so that the money can flow quickly, otherwise it will be too late to prevent closures and job losses. There will be no point re-opening the borders and skies if there is no industry left to speak of that is capable of supporting trade and tourism, which are the key components of any thriving economy.’

Continental Africa comprises some 54 countries. Africans total more than 12% of the global population, but surprisingly they make up only 3% of the world’s air travellers.

Africa has some 731 airports and 419 airlines with an aviation industry that supports around 6.9mn jobs and nearly US$170B in economic activity, data show.

While it is evident that aviation has the potential to fuel economic growth in Africa, several barriers do exist.

Weak infrastructure, high ticket prices, poor connectivity and lack of proper liberalisation are some of the headwinds on African aviation’s path, albeit the continent currently sees an economic boom with tourism benefiting from greater prosperity.

But African aviation industry may get the much-needed thrust with the continent getting on to the ‘Open Skies’ trajectory , which is at the heart of the Single African Air Transport Market (SAATM), a flagship project of the African Union (AU).

Industry experts say implementing the SAATM, which is similar to the European Union’s (EU) single aviation market, would go a long way towards making African air travel more competitive by reducing what many describe as ‘protectionist policies.

The impact on the African aviation industry and on economies caused by the shutdown of air traffic due to the Covid-19 pandemic has certainly deepened over the recent weeks.

Industry analysts say the harmonised adoption of the ‘ICAO Take-Off guidance’, which outlines recommended biosafety measures, is essential to the recovery of African aviation.

The guidance includes adequate physical distancing, wearing face masks or coverings, enhanced sanitation and disinfection, health screening, contact tracing and the use of passenger health declaration forms. It also calls for testing, where rapid and reliable testing is available.

‘To instill public confidence and avoid repeating the mistakes made after 9/11, which created disjointed airport security measures, governments and local authorities must adopt ICAO’s biosafety measures in a harmonised fashion and implement them consistently and diligently’, said Albakri.

‘This will also ensure that air travel is able to support the revival of economies without becoming a vector for spreading Covid-19.’

Air transport is at the core of the travel and tourism value chain. Combined the sectors support the livelihood of 24.6mn people across the continent, contribute US$169B to Africa’s economy and represent 7.1% of the continent’s GDP.

But many cite high ticket prices as a ‘major disincentive for Africa’s air transport sector. For instance, it is expensive travelling to and from Africa, and worse still, tickets are exorbitantly priced for travel within Africa, which is an obvious off-shoot of inadequate competition in the continent’s air transport sector.

Some argue it is almost 50% more expensive to fly across Africa than it is in other regions, which reportedly discourages Africans from flying.

Covid-19 has already brought African economies to their knees. Containing the pandemic, therefore, is the continent’s top priority.

And without air connectivity being re-established, the socio-economic impact will only get worse.

But without a lifeline of funding to keep the sector alive, and a roadmap to restart aviation safely as soon as possible, the economic devastation of Covid-19 could take Africa’s development back a decade or more.

Aviation supports livelihoods, trade, education, good health and wellbeing, and quality education. It reduces hunger and poverty and ensures access to essential medical supplies and humanitarian aid, as proven throughout this crisis.

Without an air transport industry, IATA says the people of Africa are at risk of not being able to realise their dreams and aspirations.