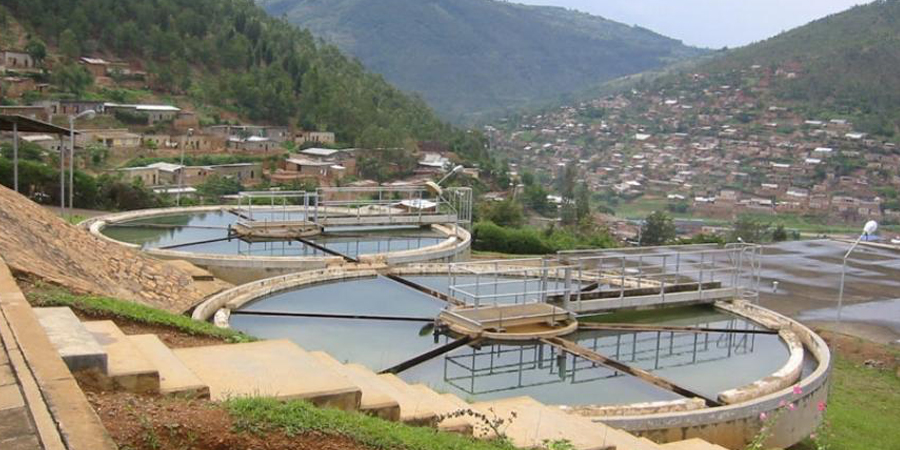 The clouds above Rwanda have begun gathering and rumbling as the rainy season pushes away the past four months of the scorching sun.

With bitter rains of September to November, a temporal break in December and January, Rwanda’s Water and Sanitation Corporation Limited (WASAC) is preparing for its worst months of production.

This is the period too much sand, mud and other particles are washed into frontline pipes and lead to water treatment plants especially the most affected Kimisagara and Nzove facilities. Work will be intense as the city must never run out of water supply because major hotels and public and strategic facilities must continue operating without an excuse.

In a seemingly early warning, WASAC said on Wednesday that thousands of homes in Kigali City will witness dry taps as repair of a major water supply pipe kicks off. A water pipe drawing water from Mont Kigali has suffered major damage. “We have a problem of a broken pipe DN400 from Mont Kigali. As we repair the pipe several parts of Kigali will go without water today,” WASAC said early Wednesday. Affected areas include; Kigarama, Gikondo, Gatenga, Gahanna, Kicukiro, Kagarama, and Niboye. Other parts that will experience water shortage are; Rubirizi (Zirakamwa, Beninka, Abarezi, Busanza, and Karama).

Despite the recurrent water pipe bursts, the water supply and management system in Kigali has a wide range of problems that the managers prefer to keep under the carpet and life goes on. Although WASAC tends to present heavy rains as the only principle cause of poor quality water and low supply, Taarifa investigative desk has uncovered some irregularities in this seemingly forgotten utility subsector. For example on June 8, Claver Gatete the Infrastructure Minister embarked on a guided tour of infrastructure facilities that had been affected by heavy rains and landslide disasters. Specifically, on the water production part, Minister went to Yanze water catchment and Kimisagara Water Treatment Plant.

Gatete discussed with WASAC officials the management plans to increase water supply by improving existing capacity and overcoming the serious treatment and delivery challenges resulting from the heavy rainfalls and muddy flooding. Before reading deeper into this story, it is important that one first understands the process of how water is processed from somewhere to the taps in homes and other consumers. The water treatment process includes: (1) Collection; (2) Screening and Straining; (3) Chemical Addition; (4) Coagulation and Flocculation; (5) Sedimentation and Clarification; (6) Filtration; (7) Disinfection ; (8) Storage ; (9) and finally Distribution.

With a population of more than 3 million people (according to WASAC), the Kigali water supply system generates an estimated at 187,293m3 per day and water demand is 290,038m3 per day. “There is a gap of 102,745m3 per day which results in water rationing in some urban areas,” according to WASAC. Kimisagara and Nzove Water Treatment Plants bear the responsibility of processing and supplying water to the capital Kigali. Considering Kimisagara facility which is in the heart of the City, it draws its water from Yanze River before it is processed and distributed to the consumers.

Taarifa investigation has discovered that for the past five years or more until July this year (2020), water ‘Plate settlers’ at this facility were non functional- they had been ignored and managers decided to consider a bypass mode. Plate settlers’ or lamella clarifiers are used in drinking- and wastewater treatment plants to settle out suspended solids. For the Kimisagara facility, the managers opted for a more expensive and time-consuming ByPass mode. In this case, water from Yanze River is delivered into the basins without filtering. This implies that too many volumes of treatment chemicals are used in the basin.

“For more than five years ago until July, the settlers were not working. They help in pre-sedimentation, they capture mud and sand preventing them from entering the main supply pipe,” an expert at the facility told Taarifa on condition of anonymity.

This expert also noted that Kimisagara treatment plant has for all these past years been receiving highly contaminated water full of sand and mud yet the settlers at the entry point of Yanze River should have been routinely replaced to prevent this whole mess. “It is an issue of negligence and possibly sabotage because these managers know the importance of settlers.” “For example in February this year, the heavy rains pushed a lot of sand and mud into Kimisagara plant. Technicians recorded turbidity above 15000NTU and later in March Turbidity rose above 29000 NTU,” this expert told Taarifa investigative desk.

NTU calibration is Nephelometric Turbidity Units. Turbidity is measured by a Nephelometer – it is the cloudiness or haziness of a fluid caused by large numbers of individual particles that are generally invisible to the naked eye, similar to smoke in the air. (Editor’s Note). The expert made a comparison of trends at Kimisagara facility saying in the previous years, the plant would not function whenever it received dirty water with turbidity at 3000NTU. “but after changing from using aluminum sulfate to Sudfloc as a coagulant aid in raw water treatment, the facility can now handle dirty water with a turbidity of 25000NTU.”

Higher turbidity means higher contamination and therefore high chances for microorganisms escaping the treatment process thus putting the consumers at high risk of microbial pathogens that can cause many diseases. When Minister Gatete visited Kimisagara facility, the issue of settler plates was not discussed except a few other things. According to this expert, for more than five years, a section of pipe had held tons of mud and sand and technicians failed to detect it. After Gatete’s tour of the facility, it was recommended to hire an independent team of technicians who also failed to detect the reason why water was still flowing is very minimum quantities against the required volume. The independent technicians reported that there was no problem yet the problem persisted.

However, lower staff technicians conducted their own tracing and noticed at Bwimo hill there was a section of a pipe holding massive chunks of silt. It was removed and water quantities returned to normal volumes. “There are no mechanisms in place for quick removal of sand, mud, and silt that finds its way into the facility. This is a big problem that decision-makers have to get tough on and have it fixed,” another source cautioned.

Kimisagara plant produces water in quantities of 850-950 m3/hour. In January water produced by Kimisagara facility was 662,480 m3 but with the technical problems that had always been ignored, water production volume dropped to 319,680 m3 in June. While after the intervention of Minister Gatete and the adoption of new treatment chemicals and fixing the stuffed pipe that had been ignored for 5 years, water volumes increased to 490,579 m3 in July.

Last month, Kimisagara water treatment plant Manager was removed and transferred to Karongi district in the commercial wing- the reason for his transfer was not mentioned. Meanwhile, several other job positions have been re-advertised although no clear reason has been provided as this institution remains very tight-lipped on its internal working mechanisms.