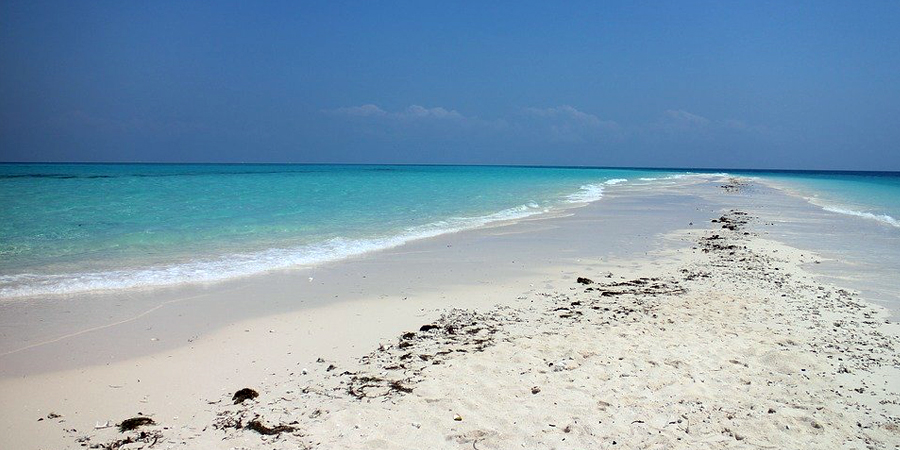 THERE is much to celebrate about Vision 2020 highly successful comprehensive programme in Zanzibar which marked a milestone in archipelago history of development since its revolution in 1964.

The 20-year programme, since its inception in 2000, has been a visionary initiative that has shown extensive results on the development of Zanzibar and ongoing social, economic, and political changes for the people in the Islands.

“We are happy with the successful initiatives of Vision 2020. We see achievements in all areas of development. Health, education, and provision of basic social services, among other things,” says Mr Kombo Juma, 51, from Tumbatu, a small island off the coast of Zanzibar.

He says the small Island north of Unguja, has electricity connected through sea cable, health facilities, and improved schools.

Evaluating the ‘Vision 2020’, as the ‘new vision 2050’ programme starts, government authorities here say it was a success, although there still challenges that need to be addressed to achieve development goals shifted to the next programme.

The evaluation survey has proved that the ‘vision 2020’ was a success. It aimed at improving the standard of living of its people by building competitive economy, healthy society and establishing and implementing peace, stability and unity among its citizens,” says the Director of Communications, Zanzibar State House Mr Hassan Khatib Hassan.

He argues that by using its medium-term national strategies, the assessment managed to guide and track the implementation of the vision and identified the gaps that need to be addressed after the vision reached its end in June this year to pave the way for the ‘New Zanzibar Development Vision 2050.’

The evaluation shows that Zanzibar managed to reach the lower middle-income country as envisaged by the Vision 2020 main target. This achievement was contributed by progress made in various economic sectors such as agriculture, services, industry to mention a few.

Only few low middle-income countries, located mainly in East Asia, have successfully made the transition to high income status.

“Therefore, while we celebrate the achievement of being among countries with low middle-income economy, we need to prepare for the big task ahead of us of continuing to improve our economy to move to the next level,” Mr Hassan says.

Further, he says, there are also consequences of being middle income including decrease or less support/assistance from development partners (bilateral and multilateral), and taking the business (market) loans instead of concessional loans, “Therefore, the new Vision 2050 should address this phenomenon very well to ensure sustainability of the status and the wellbeing of the people.”

According to the evaluation report lesson learned from the implementation of ‘vision 2020’ include improvement in reducing poverty and improving the livelihood, the proportion of people living below food poverty reduced from 13.4 per cent in 2004/05 to 10.8 per cent in 2014/15.

Rural households are more prone to the poverty compared to urban households. The economy has been growing at the annual rate of not less than four per cent (the minimum growth was 4.3 per cent recorded in 2008 and 2010).

However, the current is about seven percent; it has not reached the targeted rate of 9 per cent to 10 per cent as deemed necessary to eradicate abject poverty. Per capital GDP has been used as a major indicator to measure Vision’s achievement with regards to target of reaching low middle-income country (LMIC) status.

Zanzibar per capita income was USD 1,114 in 2019 implying that Zanzibar has reached the low middle-income country threshold of per capita income of USD 1,026. Tourism sector has been contributing Zanzibar economic growth from 2000 to date.

The correlation between GDP and number of tourist arrival was 0.9 which shows that there is a high relationship between economic growth and tourism growth in Zanzibar.

But the contribution of fish sector to the GDP has been less than five from 2000 to 2010 and between 5.0 to 6.6 per cent in 2010 and above. The social services have improved, with increasing number of health facilities and number of services as well as number of schools and other services.

Zanzibar managed to provide free health services and free education as was the aim of the Revolution that was carried in 1964. In his speeches at different occasions including revolution anniversaries, President Ali Mohamed Shein, who is finalizing his ten year term in office has talked out the successes of the ‘vision 2020.’

Dr Shein mentioned that the overall socio-economic development goal of the Vision 2020 was to eradicate abject poverty and attain sustainable human development.

“This has been achieved along with developing a strong, diversified, resilient and competitive agriculture, industry, tourism and other productive socioeconomic sectors to cope up with the challenges of the changing market and technological conditions in the world economy.”

Attaining a nation whose way of life reflects the highest level of ingenuity, self-confidence and self-esteem, culture, resource base and aspirations; and achieving peace, political stability, good governance, integrity, national unity and social cohesion are other goals achieved under the vision.

Zanzibar has also witnessed goods results of the vision: Modernized production and delivery systems of goods and services to meet the basic needs in the society and attain international competitiveness in the leading sectors; and attain higher degree of foreign direct investment that will inject sound capital, create full employment [by 2020] and attain positive balance of trade in the export market.

The president’s points have highlighted in the evaluation report, which says that the Vision’s target with regards to poverty was to eradicate abject poverty (food poverty) or at least reduce it to 10 per cent.

Based on 2019/20 Zanzibar Household Budget Survey (HBS), Zanzibar has managed to reduce the proportion of people living below food poverty to 9.3 per cent.

Despite the fact that Zanzibar has made significant improvement in reducing poverty and improving the livelihood of its people, from 13.2 per cent in 2004/05 to this value, poverty in rural areas is still a major problem that requires relentless efforts and needs to be addressed more seriously in the forthcoming Vision 2050.

“Zanzibar has yet to attain food security in terms of food self-sufficiency, food accessibility and nutrition. The islands still depend on food imports as domestic production is based on subsistence farming that heavily relies on rainfall,” the report says this area also needs special attention in the formulation of the forthcoming Vision 2050.

Economic Growth: Zanzibar economy recorded positive results since the inception of the Zanzibar Vision (ZV) 2020. Over the past twenty years, the economy has been growing at the annual rate of not less than four per cent (the minimum growth was 4.3 per cent recorded in 2008, 2010 and 2010).

Reasons for missing the Vision’s target include slow development of private sector, and poor linkages between tourism sectors and other domestic sectors such as agriculture and industry. Agricultural transformation lies at the core of poverty reduction, food security, and nutrition.

In this area Zanzibar has made significant achievements in self-sufficiency in food and food security, through increased food crops, livestock and fisheries production as well as increased agricultural products for export.

This achievement is highly influenced by the modernization of agriculture that ensured that the sector can satisfy 50 per cent or more of local food production as planned by the ZV 2020, and promotion of alternative cash crop production for export.

Authorities from Ministries: responsible for finance and planning: and Agriculture say that the application of modern technology in paddy irrigation has increased rice production over the last twenty years. The rising trend of rice production from 15,935 tons in 2005 to 46,472 tons in 2019 is an encouraging achievement that needs to be enhanced.

Finance and Planning Minister Ambassador Mohamed Ramia Abdiwawa says Zanzibar Government in collaboration with World Bank and the EXIM Bank of Korea invested about US$70M in order to increase annual paddy production from 46,472 tons in 2019 to 80,000 tons in 2024.

Agriculture and Livestock Minister Mr Mmanga Mjengo Mjawir said “The investment will increase over 200 per cent of irrigation infrastructure in Zanzibar from current 810 hectare to 2,457 hectares at different area in Unguja and Pemba.”

He says that the Government Agency for Tractors and Farm Machineries Services has been established to enhance the efficiency of the tractors and other extension services. Since its establishment performance of tractors repair and maintenance of the agricultural machinery and equipment have been done timely.

Indeed, over the years, major achievement was attained whereby ten harvesting machines and number of tractors have been gradually increased from 20 to 47. Similarly, to meet the capacity required and satisfy farmers demand, initiatives is underway to increase number of tractors from 47 to 100.