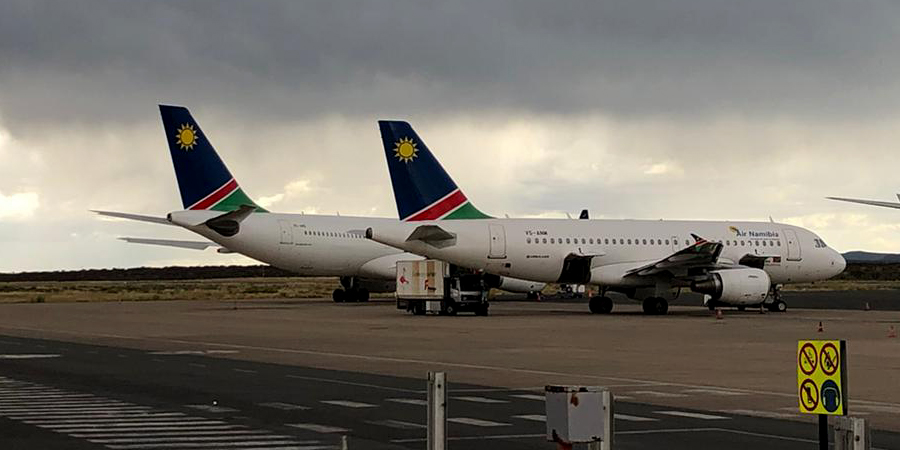 Air Namibia is planning to halve the salaries of employees who have been furloughed since March and to hold off filling vacant posts as it battles a revenue drop worsened by the government’s coronavirus travel ban.

In a letter seen by Reuters on Wednesday, Air Namibia Acting Chief Executive Theo Mberirua said the airline intended to slash wages for employees who have been staying at home since the government introduced the travel ban earlier this year.

Air Namibia has been operating with about 57% of its workforce for the past five months, with the remainder, which includes cabin crew members, pilots and general groundstaff, on furlough.

The cash-strapped national carrier, which operates 10 aircraft and has some 800 staff, needs around 8 billion Namibian dollars (US$477M) to stay afloat, but the government has only offered a tenth of that in bail-outs.

“As advised, Air Namibia intends reducing salaries by 50% until such time that operations resume and salaries can be paid in full,” the chief executive said.

“The financial losses incurred by the airline over the previous five financial years have left (it) in a state requiring immediate intervention on all fronts,” he said.

President of the Namibia Cabin Crew Union Reginald Kock said the airline management had declared war on its workers, and that workers would oppose the wage cuts.