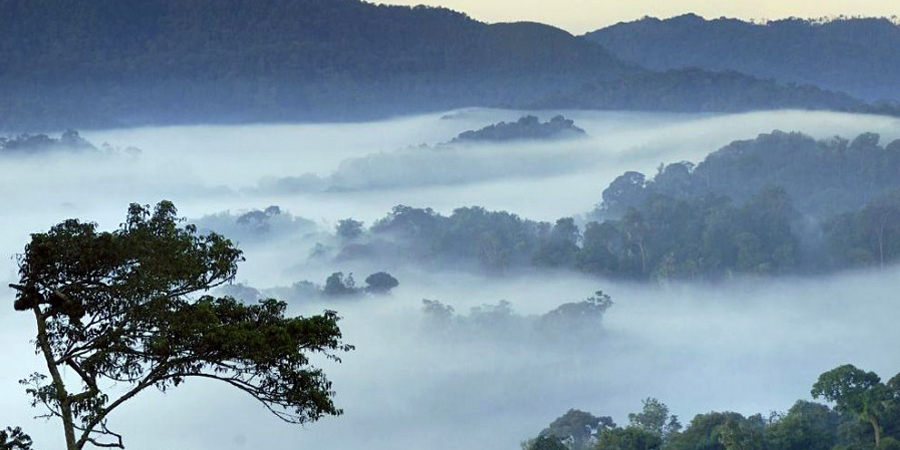 It takes at least 5 hours driving from the capital Kigali on a smooth 230km tarmac to south-west before entering Rwanda’s 117-year old Nyungwe forest. It is Rwanda’s most protected and expensive natural installation.

In 1903, the German colonial government declared the park as a reserve and a colonial crown land of Nyungwe. Nyungwe became a National Park in 2004- it spreads to more than 1,000 square kilometres.

Not much is known about this forest yet the government pumps a lot of resources in advertising the country’s touristic attractions. However, the suspension bridge offering a breathtaking canopy walk over Nyungwe forest has overshadowed all other things about this forest. Nyungwe forest has one of the smoothest roads in Rwanda- the road is so flawless that it feels like driving on house tiles.

Meanwhile, at any time of night it is possible to drive without worrying of darkness in case your car lamps burn out. There are road lights throughout the road in this forest.

Comprising of a 5-star hotel (One & Only Nyungwe House), a canopy walk suspension bridge, a host of attractive birds, chimpanzees, colobus monkeys and a rich ecosystem, Rwanda government has made the security of this forest a priority. 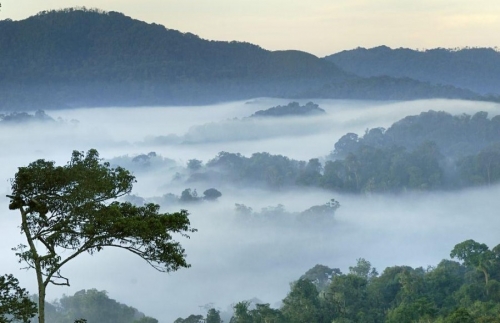 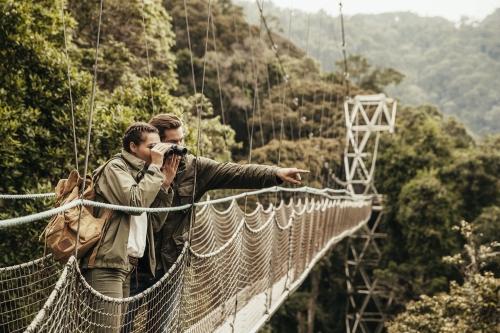 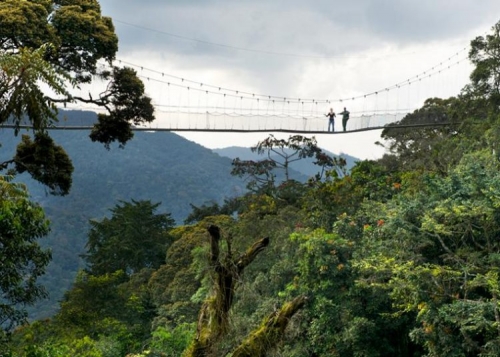 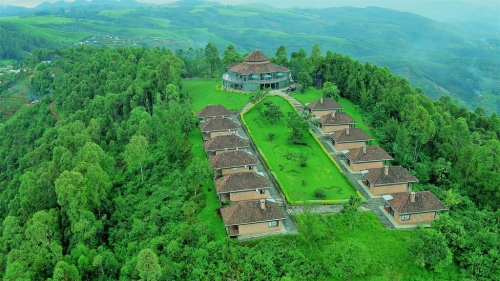 The forest stretches deep south, forming much of the territorial borderline with neighbouring Burundi, a country that has taken on a negative and hostile stance against Rwanda.

Burundi has been in the recent years financed and allowed Rwandan rebels to crossover into Nyungwe forest to launch attacks in Rwanda.

While in this forest, there is evidence of highly armed and trained commandos of the Rwanda Defence Force. They protect every meter of the forest with high-tech equipment.

The recent attempt by rebels to camp in this forest was met with fury and firepower from the Rwandan military. The chief sponsor of Nyungwe forest terror, Paul Rusesabagina and his commander Calixte Nsabimana have been captured and are undergoing trial in Kigali.

Inside Nyungwe forest you have a chance of chimpanzee trekking – It is a park activity of following trails that lead you to a point where you are near and close to the chimpanzees in their natural habitats. You have a chance to view their daily activities from grooming, mating and feeding including fights and nursing babies.

The whole trek lasts around 2 hours and though some parts can be slippery and/or steep, the walk is relatively easy.

It’s quite an experience walking 60m above the forest floor, over the tree canopy, along the 200m, rope-style metal bridge.The canopy bridge leads between some huge, ancient trees, home to many species of endemic plants and ferns, as well as over 300 species of birds, 25 of which are endemic to this area, which is part of the Albertine Rift.