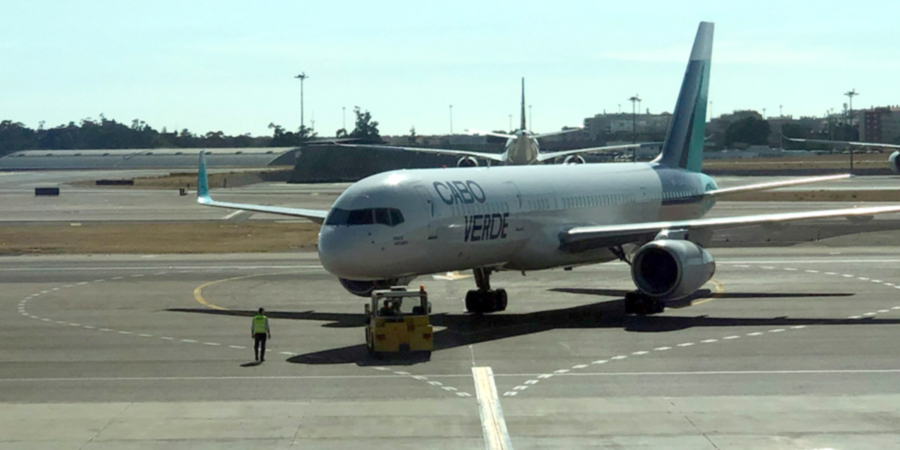 Cabo Verde’s prime minister, Ulisses Correia e Silva said that the negotiation for public support to Cabo Verde Airlines (CVA) was complex, but that the company, grounded six months ago, will continue to exist.

In an interview with Lusa, Ulisses Correia e Silva said that the situation that CVA is going through, with the archipelago closed to regular international air links to stop the Covid-19 pandemic, is identical to that of most airlines in the world.

“This is about the non-operation of flights and the economic and financial consequences thereof. The solutions to make companies viable in the context of the coronavirus pandemic are not easy in Germany, France, Portugal, any other country and also in Cabo Verde,” he said.

The head of government added that the executive is working with the CVA administration – since March 2019 led by Icelandic investors – in a complex framework of support, but said that the CVA will continue to exist and be the flagship company regardless of the decision.

For several weeks now, negotiations between the government and the CVA administration on state support for the company have been known without understanding.

At stake is a company privatised one and a half years ago, in which the state still holds a 39% stake in the capital stock, but which is stopped since the suspension of international flights to the archipelago.

Cabo Verde remains closed to international flights, maintaining only, since 1 August, an air corridor with Portugal for essential flights in both directions, which require the presentation of negative tests to Covid-19.

As for the resumption of regular international air links, which were already scheduled for July and then August, the only ones that CVA operated through the international hub on the island of Sal, the prime minister does not commit to dates.

In March 2019, the state of Cabo Verde sold 51% of the then public company TACV (Transportes Aereos de Cabo Verde) for €1.3M to Lofleidir Cabo Verde, a company 70% owned by Loftleidir Icelandic EHF (Icelandair group, which took 36% of the CVA) and 30% by Icelandic entrepreneurs with experience in the aviation sector (who took the remaining 15% of the 51% share privatised).

The Cape Verdean government concluded this year the sale of 10% of CVA shares to workers and emigrants, but the remaining 39%, which should be sold on the stock exchange to private investors, will now remain in the domain of the state, a decision announced by the executive due to the effects of the pandemic.

The CVA administration announced last August the need for a financial injection to improve the company’s current liquidity for the benefit of its employees, creditors and all other interested parties.

Before the crisis caused by the Covid-19 pandemic, the CVA administration had already pointed out that the company urgently needed a long-term loan to ensure its operability.

CVA transported almost 345,000 passengers in the first year (1 March 2019 to 28 February 2020) after the privatisation of 51% of the company, an increase of 136% over the previous period, according to data provided to Lusa by the company.

Cabo Verde has a total of 4,330 cases of Covid-19 diagnosed since 19 March, with 42 deaths associated with the disease.