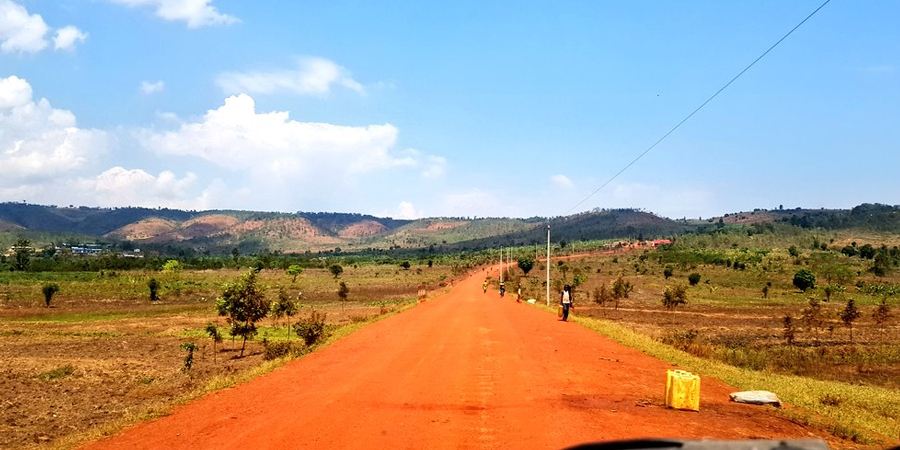 Agriculture Minister Gerardine Mukeshimana was on Tuesday morning interacting with residents of Murundi sector in Kayonza district at the launch of a US$83.96 (Rwf75b) project that will change the lives of the people in the area.

She had visited the sector as part of the national launch of a multimillion dollar project meant to address a threatening climatic phenomenon that has affected the region for years, causing poverty and food insecurity.

Minister Mukeshimana told hundreds of farmers, who had gathered to hear the good news of the project, that farmers also deserve a decent life and that this project will play a role in prosperity.

The Kayonza and Integrated Watershed Management Project (KIIWP), the Minister said, will support the main livelihoods of the farmers for both provision of staple food and income generation.

The project is funded by International Fund for Agricultural Development (IFAD), an international financial institution and a specialised agency of the United Nations that works to address poverty and hunger in rural areas of developing countries.

The plan, according to the project coordinator, Steven Rwamulangwa, the intention is to increase household income theough increased yields in cashcrops such as paddy, maize, potatoes, soya, horticulture as major crops.

The project has two phases with a lifespan of six years, 2.5 years and 3.5 years. The main components of the project include strengthening resilience to drought, institutional development, and project coordination.

Jackiline Murekatete, a representative of farmers in Gahini, said the project will help farmers deal with underlying challenges:

“We have always been dependent on rain and we can never develop if we continue waiting for rain from God,” she testified before officials at the launch if the project. “I am very happy that we finally have a solution,” she said, adding that farmers have been making disturbing losses for years. “Imagine yielding kilograms from a hectare, something that has made us live in extreme poverty ever since.”

Murekatete said farmers are going to take advantage of the project and increase their productivity.

Eastern Province Governor, Fred Mufulukye, who was present at the launch of the project, said this project is a result of President Kagame’s promise to the people of Kayonza after the facing a severe drought in 2016 that devastated the area.

“He promised to find a solution and here were are,” he said. “He has delivered.”