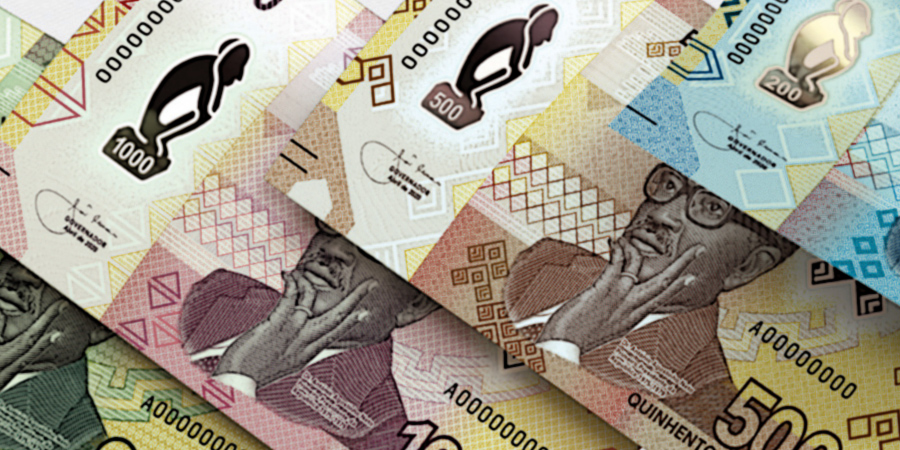 The new 500 kwanza (AKz) banknotes, of the 2020 series, entered the Angolan financial market as of Thursday 17 September.

According to the National Bank of Angola (BNA), the new banknotes are already available in all of the country’s provinces, and should initially reach users via ATMs.

The new 500 kwanza banknotes are predominantly brown in colour and 126/66 mm in size and were produced from polymer material (plastic).

They have images on the back of the Tundavala crevice, located in Huíla province, considered one of Angola’s seven “wonders”.

These banknotes are in addition to the new 200 kwanza banknotes, which came into circulation on 30 July, and the others from the 2012 series, which remain valid.

According to the director of the BNA’s Department for the Movement of the Circulating Means, Sebastião Banganga, sufficient quantities of 500 kwanza banknotes have been made available to the regional representations of the Central Bank and the commercial banks.

Without specifying the volume of banknotes available, he explained that, since it is a national holiday (National Hero’s Day), users will be able to withdraw the banknotes from cash dispensers.

“We have distributed sufficient quantities and they will already be obtained at ATMs because of the national holiday”, the senior official of the Central Bank reaffirmed.

He said that any increase in the quantities of banknotes made available would depend on the requests made by the commercial banks themselves.

After the entry into circulation of the 200 and 500 kwanzas banknotes, those of 1,000 should follow in October, and those of 2,000 kwanzas in November.