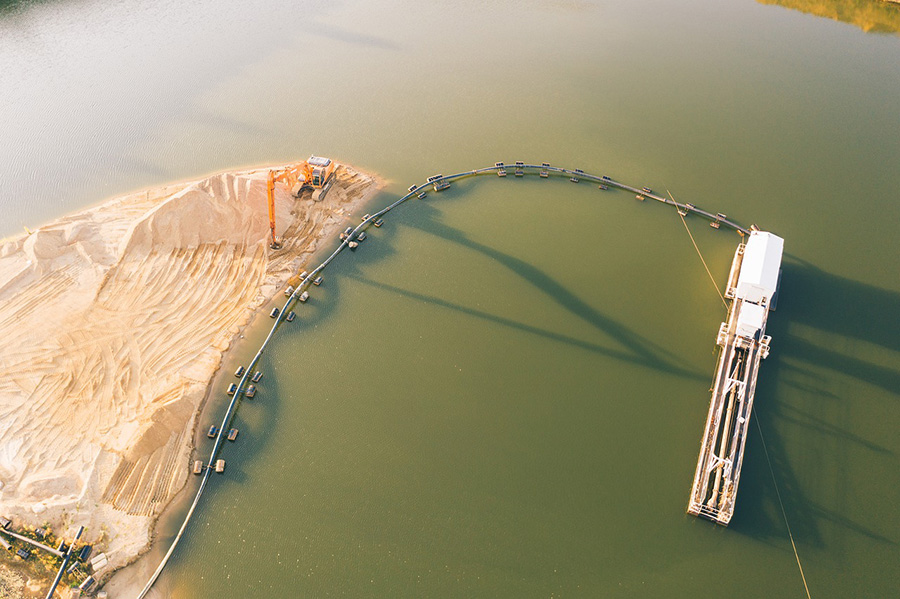 The Irish company Kenmare Resources, which is exploiting heavy mineral sands on the coast of the northern Mozambican province of Nampula, has successfully relocated its dredge from Topuito, in Larde district, to Pilivili, in the neighbouring district of Moma.

The equipment, with a total weight of 8.700 tonnes, consists of the Wet Concentrator Plant (WCP), the dredge itself, and a barge. It was moved along a road 23 kilometres long and 66 metres wide, built specially for this purpose. This was the first time such an operation had been undertaken in Africa. The move began on 14 September, and was completed last Friday.

The general manager of Kenmare’s Mozambican operations, Higino Jamisse, told reporters that the transfer by road, although more expensive than the alternative of dismantling the equipment and re-assembling it, was chosen because it implied a shorter interruption of mining.

“We preferred to pay more for the option which would lead us to a quicker resumption of production”, said Jamisse. “Mining here in Pilivili begins on 1 November. Everything is aligned and we are satisfied”.

Also read: Kenmare WCP B relocation under way in Mozambique

Even so, he expected a 20 per cent reduction in production this year. The costs of the move were initially estimated at US$106M, but Jamisse expects the final figure to rise somewhat.

The choice of Pilivili was dictated by economic reasons, since the deposit of titanium minerals here is of higher quality than at Topuito. He hoped that, at the new site, Kenmare can raise production of the main ore mined, ilmenite (iron titanium oxide) to 1.2 million tonnes a year.

Jamisse said the entire operation, despite its huge scale and delicate nature, took place without incident, and the safety of all involved was guaranteed.

“It took us a lot of work to guarantee the security of those involved and of the communities”, he continued. “The operation was unprecedented, and because of the size of the equipment being moved it attracted a great deal of attention. We put a very strong security cordon in place”.

The move was undertaken using platform vehicles called self-propelled modular transporters (“SPMTs”) by a specialist heavy lifting and transport contractor. The dredge has now been placed onto concrete plinths at its destination.