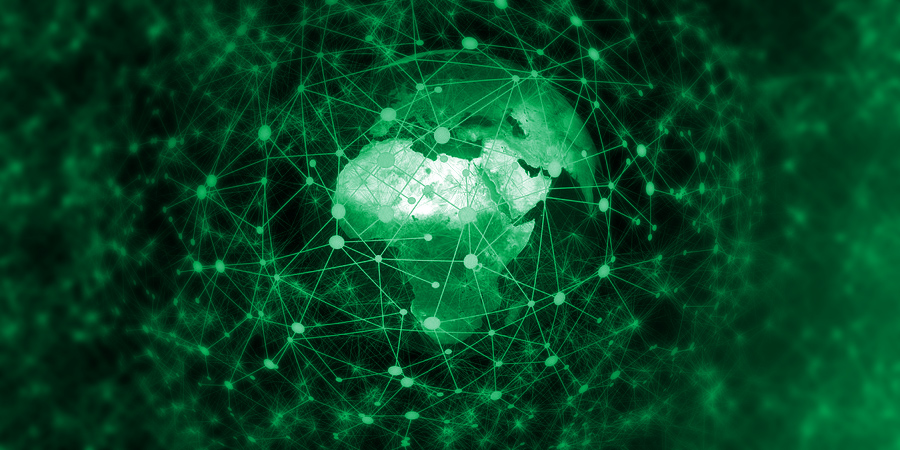 The migration of Africans to other continents has increased substantially in the past few years. According to data obtained from the UN, 25 million Africans were living outside their home continent as of 2017.

The African remittance market has become so important that remittances are a lifeline for some homes in Africa. Funds obtained from family members overseas are used for important functions such as paying fees (e.g. education tuition fees), rent and even food.

These funds can also be used to develop important industries in the region such as education, agriculture, health, technology and energy which can substantially help the region’s development.

In 2018, around 40 billion dollars was sent by Africans working and living abroad to Sub-Saharan Africa. The far cry is that these funds transfers are charged so exorbitantly that it is stifling the market.

According to the Overseas development Institute, Africa loses close to 1.8 billion dollars each year to excessive charges on remittances to Africans by other Africans in the diaspora. When compared to all other regions in the world, sending remittances to Africa is more expensive and by a significantly large margin which can be as high as 20%.

Although the cost of sending remittances to Sub Saharan Africa has to about 9.4% in 2016, it signifies little progress. The cost of sending equal amounts of remittances to other continents are 7.6% for East Asia, 7.3% for the Middle East and Northern Africa, 6.7% for Europe and Central Asia, 5.9% for Latin America and the Caribbean and 5.2% for South Asia.

Apps-for-money-transfer.com is a popular African money transfer apps site and guides you through the process of finding the best suitable provider for you.

In 2017, Liberia’s remittances as a share of GDP were 27%, for Comoros was 21%, for Gambia was 20.8%, for Lesotho was 15.2% and 13.9% for Senegal. The above numbers show you just how important remittances to African countries are to their economies.

As far as size is concerned, Nigeria’s 22 billion dollars of remittances in 2017 was the highest on the continent. Despite it being only 5.6% of the economy, it was still more than the 20 billion in oil revenues generated in Nigeria for the same year.

The other two countries with the highest amount of remittances were Senegal and Ghana with 2.2 billion dollars in 2017. The above numbers are very conservative as official data is often unreliable. Moreover, there is a lot of information that is not captured as there are a lot of remittances often transferred through informal channels whose figures cannot be ascertained.

Major Players in the Remittance Market

WorldRemit is a payment solution with operations in over 110 countries including Africa and the Middle East. It supports a wide myriad of payment solutions, has fast turnaround times and amazingly effective customer support. The above reasons are boosted by very competitive rates which make a great option for sending remittances.

WorldRemit also offers coupons which new immigrants can use to send money back home. Sending money using such a coupon is completely free for the first time with the option of lower fees for future transfers. It is clear to see why WorldRemit has been a large player in the African remittance market for such a long time.

Azimo are a recent player to the African remittance market and have enjoyed tremendous growth since its launch in 2012. Though they only have a single office in the UK, their website functions well and can be used on any mobile device.

The service allows for use of up to 198 currencies with a transfer allowance as low as $1. Since the service is overseen by the UK’s Financial Conduct Authority, you can rest assured that your payment will safe and can be recovered if there are any legal issues.

TransferWise is a transfer platform of tremendous benefit to those receiving remittances in Africa. The app has a wide reach and has offices in countries such as Ireland, Australia and Japan.

TransferWise currently supports 38 currencies with including the South African Rand. Not only is TransferWise transparent but it also offers highly competitive rates.

TransferWise makes their payouts via SWIFT, the worldwide interbank transfer system which can incur high fees. Also, to make a transfer from South Africa, you have to complete a manual form and upload it to the website.

Payoneer is one of the longest acting online payment platforms on the continent. Since 2005, the app has offered tremendous benefits and competitive service to its customers.

Payoneer supports 150 currencies which includes a vast sum of African currencies unmatched by any other online payment platform. The service is international and has licenses from a variety of international commissions.

The Payoneer platform is cheap with only a tiny foreign exchange markup, lenient annual fees and absolutely no mark up fees. It is highly beneficial for new immigrants with little to no experience with remittances.

Expensive cash transfers are still the norm in Africa and account for 90% of the remittance market as of 2017. One advantage that Africa has is its mobile money infrastructure which it can use to increase the volume of remittances while reducing costs.

Africa adopted mobile money really early and with pioneers in the industry such as Kenya’s M-Pesa, the trend will continue into the future. You can expect more remittances in 2025 to be made through mobile money payments.

By 2025, over 25% of African remittance transactions will be done online is the prediction by the UN. Due to the reduction of costs brought about by digital currency transfers, it is not surprising that more money will be transferred online than physically.

Payment platforms such as the ones mentioned above will only grow in popularity and new ones will emerge further increasing competition and reducing costs. One only has to look at the past of digital cash transfers from overseas to ascertain this point.

As it pertains to digital money transfers, it is expected that more transfers will be made in cryptocurrencies such as Bitcoin in 2025. Cryptocurrencies like Bitcoin and Ethereum have grown much in popularity and have caused a significant impact on the global economy.

Despite intervening government policies that have aimed to negate their prevalence and undermine their use, cryptocurrencies have shown resounding resiliency. If the trend continues, they will be present in the future and be adopted more in the African remittance market.

The only factor that may hinder the adoption of cryptocurrencies for money transfers from the diaspora to Africa is their volatility. With less confusion and more education about cryptocurrencies in addition to their safety and efficiency, the future remains wide open for cryptocurrency use.

As more Africans seek employment and investment opportunities abroad, we should see more regulation and formality in the African remittance market by 2025.

With more regulation, there will be an imposition of more stringent security measures which will prevent money laundering and financing of terrorist activities which are stifling growth on the continent. Another advantage is that with more formality, there will more accurate collection of data which will lead to even better regulation of the sector.

An intricate balance needs to be struck between the security and smooth transition of payments so one does not affect the other. If this is achieved, the African remittance market should experience colossal growth by 2025.