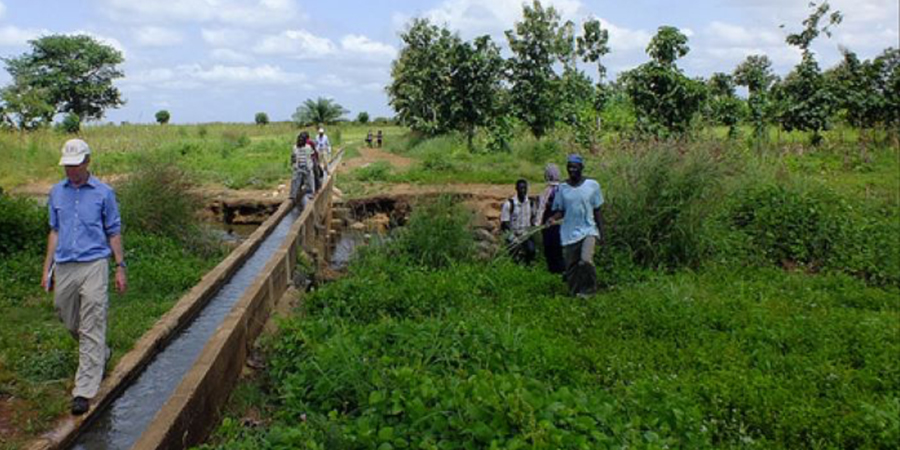 Not only has this practice acted as a boost for farmers’ incomes, nutrition, and climate resilience, but it has also spurred rural women to engage in dairy value chains and improve their livelihoods.

Since 2015, scientists from the International Livestock Research Institute (ILRI), the International Water Management Institute (IWMI), and the CGIAR Research Program on Climate Change, Agriculture and Food Security (CCAFS)—working under the Feed the Future Innovation Lab for Small Scale Irrigation (ILSSI)—have collaborated with farmers in the northern and southern regions of Ethiopia and introduced them to irrigated fodder production. Since then, the number of farmers adopting the practice in the project sites has grown from less than 20 to over 700.

In Ethiopia, farmers in rural areas grow crops and raise livestock. However, despite the livestock sub-sector providing employment to 70% of rural dwellers, productivity has remained low. Shortage of good quality feed for livestock remains a major challenge.

The low performance of the livestock sector especially affects women and children, who, traditionally, carry the responsibility of raising livestock around the home. Women are tasked with finding, preparing, and bringing feed to the animals, milking, and cleaning barns. Collecting adequate fodder and bringing it to the animals requires the most time and workload, particularly during the dry season when only poor-quality crop residues are available. As climate change affects intensify, an even longer dry season could lead to crops failing and severe shortages of livestock feed.

However, women’s traditional responsibility for a family’s livestock also means that they stand to gain when livestock productivity increases.

ILSSI scientists found this to be true when working with farmers to introduce a combination of new practices. New irrigation technologies, such as solar-powered pumps, make it easier to grow irrigated fodder crops, such as Napier grass, which ensures a steady supply of livestock fodder all year round.

In the fodder cultivation process, women are socially expected to fetch water and irrigate fodder plots. This means that new time-and-labour-saving technologies, such as improved irrigation systems and forage varieties that require minimum water and nutrient input, benefit women in particular. They help reduce the demand on women’s time, allowing them the opportunity to explore other income-generating activities.

Last, helping women access improved breeds of livestock, which efficiently convert excellent fodder into good milk returns, is critical for the irrigated fodder practice to be lucrative and sustainable for rural women. Ensuring profitability is key for farmers to overcome some challenges standing in the way of further expanding irrigated fodder production, such as investing in improved climate-smart breeds and seeds and labour-saving technologies.