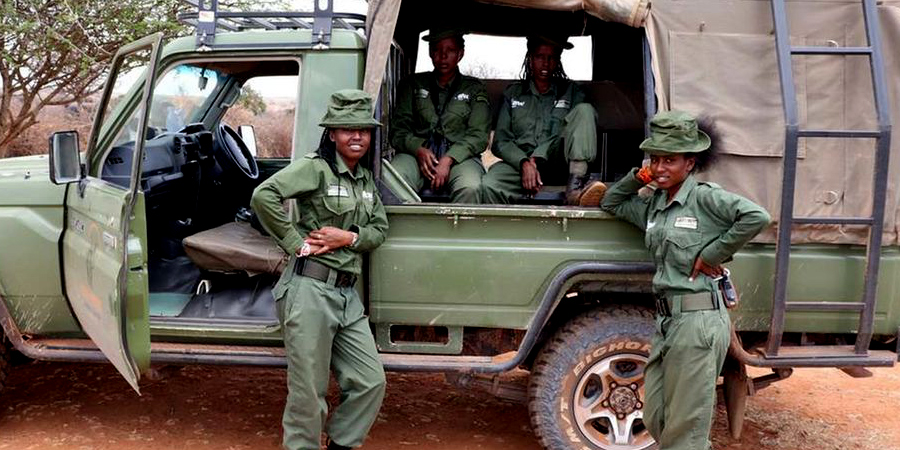 Growing up in Imurutot village adjacent to the ecologically beautiful and diverse Amboseli National Park, Eunice Maantei always wanted her life to be pegged on conservation.

She was tired breathing the strong bout of dead lions from the forest after poachers killed them. The 20-year-old would then vow that a day will come when she will stop all this.

True to her dreams, she is part of a colourful all-female community ranger unit formed in 2020 dubbed “Team Lioness”.

The eight-member female team patrols the vast Olgulului-Ololarashi Group Ranch (OOGR), which is part of the 150,000-acre community land encircling the park. Their operations are further backed by a 68 all-male of lgulului Community Wildlife Rangers (OCWR).

OOGR stretches to the Tanzanian border and prides in being home to migratory birds and transient animals which joins about 2,000 elephants at the Amboseli National Park.

What’s interesting about Team Lioness is that it plays a crucial role in educating the community on the importance of wildlife conservation. They have debunked a cultural hurdle among the Maasai community that their women cannot work alongside their men.

When Maantei’s parents got reports that the International Fund for Animal Welfare (Efaw) was recruiting rangers, they encouraged her to apply to tell her that she can make a good ranger.

“It used to be a taboo for women and men to sit or eat together,” says Maantei told Nation. “Today, however, we freely interact with the male rangers and even go out together on patrols. That was unheard-of in our community.”

Team Lioness can now defend themselves in case they are attacked by poachers or by wild animals. They say that the only danger they have come across in the past year is when they bumped into a buffalo during one of their patrols while on foot.

Some of them had to climb trees while others lay flat on the ground to evade the charged buffalo, quite an experience they say!

A typical day for Team Lioness starts at 5 am and take a jog for one hour until 6 am when they refresh and have breakfast before heading out at 8 am donned in their jungle fatigue.