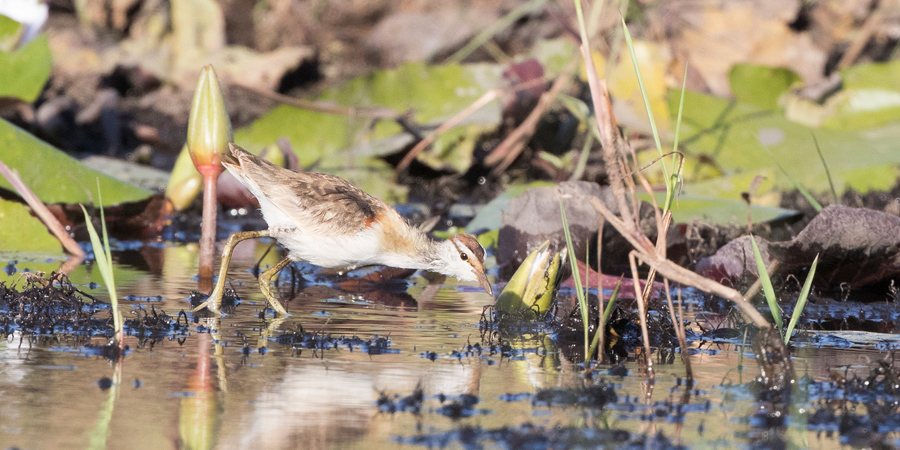 As part of Wilderness Safaris’ ongoing commitment to conservation and biodiversity protection in northern Botswana, the company’s first comprehensive summer bird-mapping survey was completed earlier in the year, with 293 bird species recorded in the Linyanti and Vumbura concessions from almost 3 000 individual field observations.

This vital data will contribute to a wider study by the Second Southern African Bird Atlas Project (SABAP2), the most critical bird monitoring project in the African region.

“In time, it will contribute towards a better understanding of the bird species and numbers occurring in our Botswana areas of operation, as well as seasonal dispersal trends. Unless you know the range of a species and how it is changing, you cannot determine its conservation status. The results of such a project may well include red-listing of certain species, and selecting sites and habitats critical to bird conservation”, explains Martin Benadie, Wilderness Safaris Group Biodiversity Coordinator. “The areas covered in our survey received some good rains that proved excellent for birdlife in general, for both resident species as well as passage migrants”, he continues.

The project, initially started in 2018, also includes the Jao Reserve and Chitabe Concession. In order to record as many bird species as possible within a defined area, zones 9 km long and 7 km wide, called pentads, are mapped out.

Throughout Botswana there are 7 187 pentads, relying on competent birders and citizen scientists to follow the SABAP2 guidelines before sharing their sightings. However, as many of these areas are very remote, and others have restricted access due to their low impact ecotourism model, only 603 pentads have been covered to date.

“There is a pressing need for more data collection in Botswana. All other conservation initiatives depend on the results of the bird atlas. To gather meaningful data, atlas coverage needs to be as thorough as possible, so ideally, each pentad should have a baseline of at least four comprehensive checklists, over several years and seasons. It is thus imperative to continue to survey at all times and further atlasing during various seasons of Botswana will be undertaken”, concludes Martin.