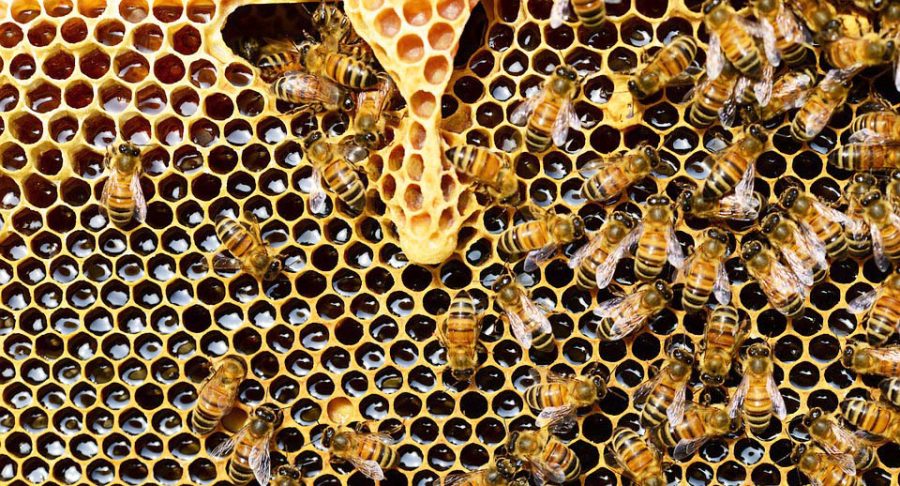 The elephants of Gorongosa National Park are notorious troublemakers: grain tramplers, crop stealers, silo destroyers. Given the chance, they will cross the river that acts as a southern boundary between Gorongosa and the rest of rural Mozambique, and raid nearby villages in search of a snack. The materials the community usually uses to build storehouses are “nothing for an elephant,” says Dominique Gonçalves, an elephant ecologist at the park.

In a way, this problem is a sign of success. During the Mozambican Civil War, which stretched from the 1970s into the 1990s, Gorongosa lost more than 90% of its 2,500 elephants. But as of 2019, the population had recovered significantly, reaching 600—and some of its younger males had begun to wander out of the park looking for food.

As one of Gorongosa’s keystone species, the park’s elephants interact with their environment in a way that is essential to its health. The trees they knock down on their daily walks provide shelter for antelopes and exposed roots for porcupines; the seeds from the huge amounts of greenery they eat are dispersed in their dung, which in turn provides food for dung beetles. Still, “people need their space to have their schools, their markets, their farms,” says Gonçalves, who grew up a few hours away from Gorongosa in Beira. And when people’s ability to meet those basic needs is disrupted, serious conflict can break out. They’re less likely to cooperate with conservation efforts in that case—and in other parts of Africa, communities frustrated by elephants’ raids have killed them in retaliation.

The solution Gonçalves and her colleagues found is simple and elegant. Using a technique developed in Kenya, they built a series of fences made from beehives strung with twine across the most heavily trafficked river crossings. “Most things in the natural world are ruled by fear and risk aversion,” Gonçalves says. Elephants are afraid of bees, whose stings can be especially painful on their sensitive ears. A pilot study published this year showed that the presence of a beehive fence reduced the odds of an elephant crossing the river by 95%. This idea—that an animal’s perception of danger influences where it spends time, leading to a cascade of effects on its larger ecosystem—is known as the “landscape of fear.”

Also read: Magnificent rescue of a family of African elephants an example to the world

Most wild landscapes have certain elements in common: food, shelter, water sources. “Those things are easy in principle to map,” says Rob Pringle, an ecologist at Princeton University. “But the other element is, where does the animal feel safe? That is a trickier thing to make tangible.” To put it in human terms, he says, you might avoid a dark alley at 3 a.m. because you perceive it as high risk but find a busy public park at noon to be comparatively safe.

As it happens, Gorongosa is also the site of a much bigger project exploring this concept. Elephants were not the only animals in Gorongosa that suffered during the Civil War. Almost all of the area’s large carnivores—hyenas, wild dogs, leopards—had their local populations wiped out. But the landscape itself remained undamaged. That meant the remaining herbivores, including baboons and a variety of antelope species, bounced back fairly quickly once the war ended.

The result was an exceptionally low-risk setting for these herbivores, and over the next two decades they began to behave accordingly. Baboons, which normally sleep in trees, began sleeping on the ground. Warthogs stopped digging holes, holes that are normally important habitat for other species. And a type of antelope called a “bushbuck” began leaving the cover of the bush to browse more nutritious plants on wide-open plains that were normally too dangerous. This access to better quality food caused the bushbuck population to skyrocket.

Before Steven Lima and Lawrence Dill proposed the landscape of fear theory in the 1990s, prevailing ideas about ecosystem dynamics were much more simplistic: more predators means more prey killed, and fewer predators means more prey survive. “The default idea was that carnivores kept plants healthy by keeping herbivores at low abundance,” Pringle says—and, of course, that’s true to an extent. But that idea, he argues, misses part of the predator-prey dynamic by ignoring how prey animals change their behavior in response to their predators while they’re still alive. The outcomes are similar, but the mechanism is totally different.

Looking to substantiate the theory, Oz Schmitz of Yale University famously showed that the presence of spiders in a cage with grasshoppers was enough to modify plant growth as the grasshoppers changed their diets—even when Schmitz altered the spiders’ mouthparts so they couldn’t hunt the grasshoppers. In a similar experiment with crabs and snails, just the scent of a crab was enough to cause snails to change their feeding behavior. Many scientists also see this dynamic at play in willow and aspen resurgence in Yellowstone National Park after the reintroduction of wolves there in 1994 changed the behavior of the elk that eat those trees. And in Gorongosa, a study by Pringle and several colleagues showed the bushbuck could be encouraged to avoid areas of the floodplain with a combination of recorded leopard calls and synthetic big cat urine, a dynamic that intensified when they began reintroducing groups of African wild dogs to the park in 2018.

That change, in turn, affected plant life in Gorongosa. Herbivores like bushbuck and elephants shape their environments by transplanting nutrients in their urine and feces, by eating young plants and cropping leaves, by trampling their way through underbrush. And where an antelope feels safe “is where it’s going to spend a lot of time feeding,” Pringle says. “So the impact of that animal on plants is going to be stronger in areas where it feels safe.”

Watching the Gorongosa elephants carefully since the start of the park’s beehive fence project, Gonçalves has noticed some unusual behavior. “Sometimes I’ll see them walking along the fence, touching it carefully, and going away,” she says. “Sometimes they just stand and stare at the fence, and I wonder if they’re analyzing what it’s going to do.”

Not all methods of elephant defense remain effective over time, as the elephants often habituate or learn ways around them. But the fences continue to be effective for now, and Gonçalves and her colleagues hope they will remain so, since pain and fear are such innate and powerful motivators. They’re now working to expand their project, which they hope will grow to involve 600 beehives this winter. (The lengths of the fences themselves vary. Some are just a couple of beehives strung together, but one particularly wide spot involves a dozen.)

Fear works better than a plain physical barrier, Gonçalves says, because “it works with the mind, with the behavior of the elephant.” In that way, the project sets an important precedent for future conservation in Mozambique—a non-lethal method of control that doesn’t create unnecessary divisions between the community and the park. “That kind of old, fenced conservation may not be really what we want,” she says, because it sends the wrong message to the people who live next door: “That’s the national park, and that’s us. There’s no connection at all.”

The beehive fences also bring alternative income for these communities (which sell the resulting honey), helping to rebuild relationships between them and their elephant neighbors. “As they come with us, they start to realize that these aren’t just ‘park problems,’” she says of the community members who have joined her team. “They start to realize everyone has a role.” She’s especially proud to have recently hired 15 women, when previously there was only one. “We’re very strongly encouraging women to join,” she adds, “to change perceptions about what women can and cannot do; to remind them what it means for all of us to have our natural heritage and this wildlife around us.”