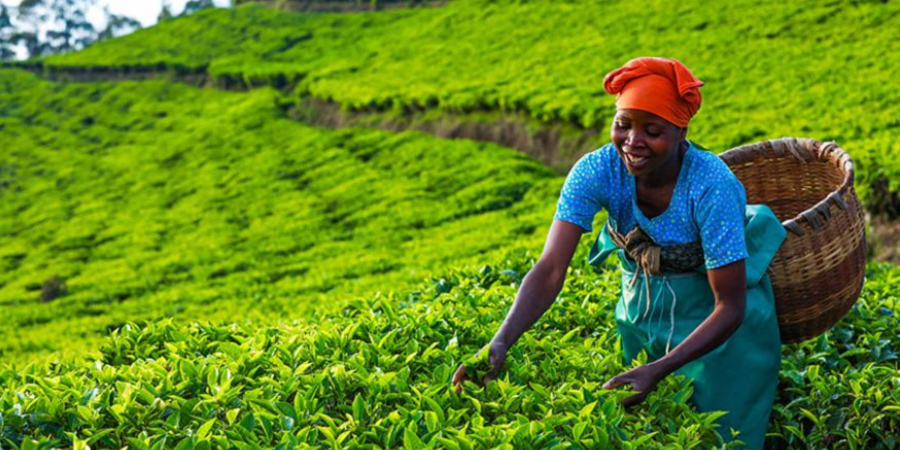 Joyce Mihinzo was newly pregnant, and already a mother of two boys, when she enrolled in Boresha Lishe, a European Union (EU) and Japan co-funded nutrition project implemented by the United Nations World Food Programme (WFP) in Dodoma and Singida regions in Tanzania.

As part of the programme, Joyce received medical treatment and fortified porridge mix, Super Cereal, as she suffered from Moderate Acute Malnutrition. She also received nutrition counselling on the best foods to eat during pregnancy, as well as tips on how to feed her family members.

This support from Boresha Lishe, along with regular check-ups at the health centre, allowed the first and second trimesters of her pregnancy to go smoothly. However, during her last trimester, she experienced complications while traveling to visit her family in another town, in part due to being far away from the prenatal care centre. She delivered a premature baby girl after just seven months of pregnancy, weighing only 2.3kg. Following the training she had, Joyce was able to immediately start breastfeeding her baby ensuring she received critical nutrition for her recovery and growth.

Following Tamari’s premature birth, Joyce continued to include Super Cereal in her diet, which enabled her to produce sufficient milk to meet her baby’s specific needs. When she and her baby returned home from the hospital, Joyce continued using the fortified porridge. Once Tamari was six months old, she was old enough to consume the porridge directly. Joyce also received continued support from Boresha Lishe, in the form of regular antenatal care, nutrition counseling, home gardening support to promote the cultivation of different vegetables to improve dietary diversity, and instructions in water, sanitation and hygiene practices (WASH).

For mothers like Joyce – having an effective and affordable local source of fortified cereal could be a matter of life or death. One of the most significant obstacles to overcoming childhood malnutrition in Tanzania is the lack of reasonably priced, locally available, nutritionally diverse, and culturally appropriate food supplements. In order to effectively support mothers WFP is working to support local production of nutritious supplements. In August this year, the Tanzania Food and Nutrition Centre, in collaboration with Sokoine University of Agriculture, Muhimbili University of Health and Allied Sciences, Tanzania Bureau of Standards, with technical and financial support from WFP and the EU, launched a project to support the prevention of malnutrition in children between6 months and 5 years old in Tanzania. Developed as part of Boresha Lishe, this initiative aims to create a local solution to undernutrition plague in the country.

The project includes the development of ready-to-use complementary and supplementary foods (also referred to as RUFs) for the prevention of stunting and the treatment of acute malnutrition. These products will be developed from locally available ingredients, commonly used in daily meals, prepared to meet the required nutrient quality and safety standards associated.

Additionally, the project sets specifications and standards for the local production of specialised nutritious foods. This allows local entrepreneurs and food manufacturers in Tanzania to use these standards and develop their own products, thereby increasing the availability of safe and nutritious foods in the country. This collaboration also provides the opportunity to strengthen the UN Sustainable Development Goal (SDG) 17 – building on private-public partnerships with academia and the government – to scale up nutrition, and to work towards SDG 2 – Zero Hunger. Therefore, not only is this project helping to improve nutrition in Tanzania, but it can also yield economic benefits for the country in the medium and long term.