On the 5th of November 2020, the 8th Angel Fair Africa will be virtual instead of in Dakar, Senegal due to the global pandemic[1]. $23M of deals have happened over the last seven events which brought selected entrepreneurs to pitch to a room of angel investors whose primary intent was to DO DEALS[2]. In April last year, Connected Med who was in our 2016 cohort was bought by the pharmaceutical giant Merck – the first exit by any company that has participated in our event.[3]The events have also resulted in numerous joint ventures, trade, sales, mentorship, relationships and other deals that we have not even recorded.

In September 2013 when we launched the event in South Africa my friend Russell Southwood, editor of Balancing Act Africa wrote the most amazing headline – “Angels Over Johannesburg – South Africa hosts the first Pan-African event to introduce ICT entrepreneurs to angel investors”[4] and seven years later the “Angels Are Virtual – doing deals in an online environment” is most like going to be the new normal if this experiment succeeds[5]. Back then there was no event on the continent similar to Shark Tank in the US or Dragon’s Den in the UK so together with Jamie Clyde, my then business partner we approached Ross Douglas and Cobi Labuscagne of Art Logic who were the organizers of the annual Joburg Art Fair to stage the first annual Angel Fair as an opener to their event at the Sandton Convention Centre on 25th September 2013. Two deals happened at that event after twenty-four entrepreneurs pitched to a room of about eighty-eight investors. 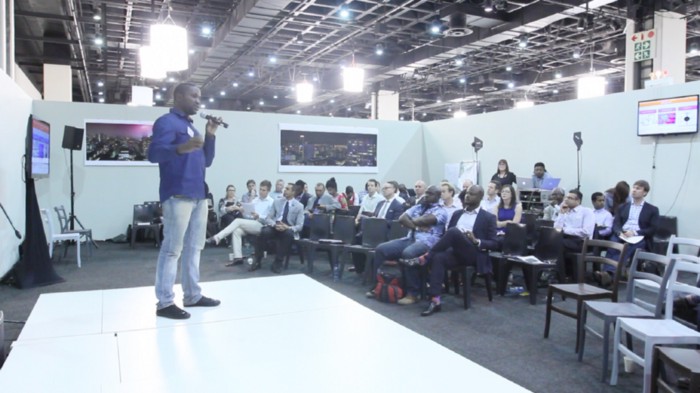 Prior to that I had started Angel Africa List with Andile Ngcaba of Convergence Partners and a group of entrepreneurs who pitched to us at a lunch round table in the Eastern Cape at a WorldBank Global Forum on Innovation and Technology Entrepreneurship where we spoke in May 2013 – that is how Angel Africa List the first Angel Network in Africa was started. A year after this, Andile Ngcaba founded Cortex Hub, an incubator/accelerator in East London.

The first event was so successful that in 2014 we were approached by the Africa Venture Capital and Private Equity Association (AVCA) to co-locate our event with theirs in Lagos, Nigeria. Dotun Sulaiman who is now the chairman of the Lagos Angel Network (LAN) was at our event in Joburg and so when I told him about the opportunity to bring our event to Nigeria, he indicated that LAN would like to be our local partner and so I started working with him and Tomi Davies who was then the founding CEO of LAN. LAN made its first investment in Autobox and Hutbay who had pitched at the event.[6]

In 2015 we brought the event to Accra, Ghana during which three deals were announced – I wrote a medium post @ https://medium.com/@eosiakwan/angel-fair-africa-beyond-the-kings-4ef74398388a to elaborate on all the events and why we took it beyond the KINGS countries. In 2016 when we took the event to Nairobi, Kenya, we introduced our first all-female investors panel[7], this year we are adding an all-female entrepreneurs’ panel to showcase the growth of gender diversity in the ecosystem over the years[8]. For the first time, we are also going to have a 70/30 majority-female pitch – who participated in our first Africa Virtual Accelerator @ https://www.africavirtualaccelerator.com/in.php. This rise in gender participation is a clear representation of the potential of women in the African entrepreneurship and investment ecosystem over the next decade. 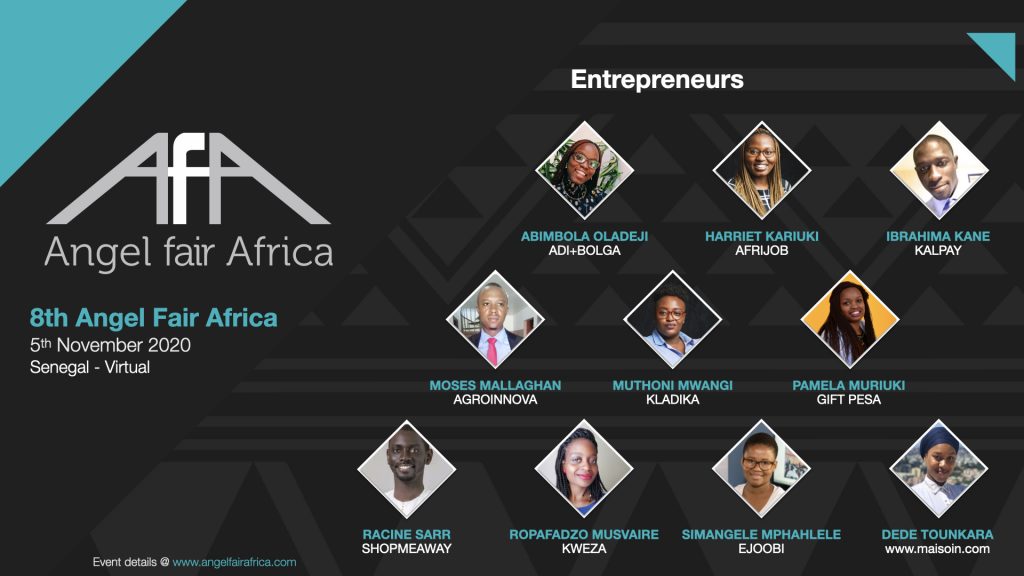 The acquisition of Paystack by Stripe for over $200M last month has generated considerable interest in the Africa startup scene[9]. As it crowned a series of notable mergers and acquisitions that gained momentum during the pandemic that are bringing home the realization that the ten-year cycle for African tech ventures have come full circle in 2020. Hence, we would be seeing more of such deals to encapsulate the maturity of the sector. This gives a healthy backdrop evidenced by the fifty-five international investors that have signed up for our event this year – partly because it is virtual, so they won’t have to fly into Senegal which was supposed to be the physical location. Last year in Tanzania we could not find enough candidates for the our “Exits Panel”[10] but a year later we suddenly have too many – may be this is the sign of abundance going forward given that scarcity of exits has been the bane of the industry.