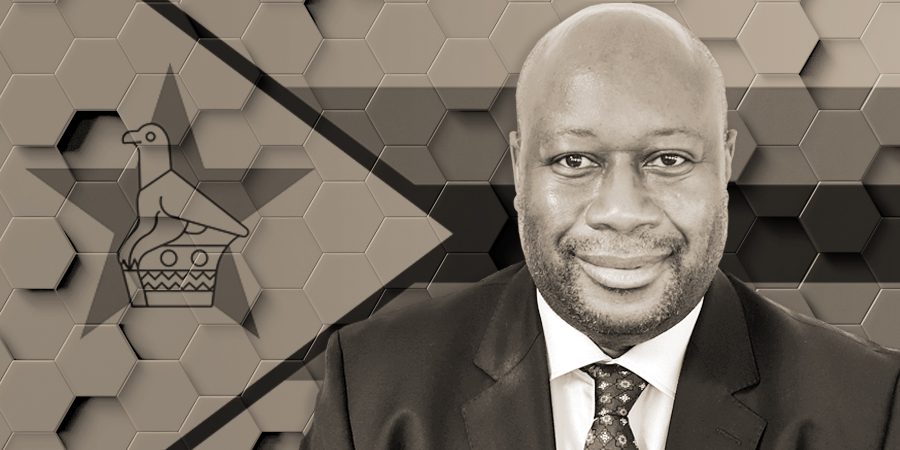 Zimbabwe has one of the most diverse mining sectors I have ever come across. The country’s soil is rich in elements such as platinum, coal, iron ore, gold, diamonds and most recently the prospect of oil and gas.

Despite its complex economic challenges, mining, along with agriculture, has been a key pillar supporting the country’s GDP. The sector is responsible for around 60% of Zimbabwe’s export earnings and remains as one of the main sources for the much welcome foreign currency inflow.

FurtherAfrica spoke to the Hon. Winston Chitando, Zimbabwe’s Minister of Mines and Mining Development for an open conversation about Zimbabwe’s mining sector, its challenges, new prospects and raising opportunities. Min. Chitando has a remarkable record in his country’s mining industry spanning well over 3 decades. Previous to his appointment as Zimbabwe’s Minister of Mines and Mining Development, he has held several different positions in major companies such as Hwange Colliery, Anglo-American and Zimasco, later serving as chairman of the board at Mimosa Mining and as president of the Chamber of Mines of Zimbabwe.

Fabio Scala: Minister Chitando, thank you very much for taking the time to talk to us. It is a great honour to speak to you today. I wanted to begin this interview by congratulating you for the recent actions taken by your ministry in Zimbabwe’s national parks to protect elephants and the wildlife. Could you elaborate on that?

Hon. Min. Chitando: Thank you Fabio. Well, as was announced when that decision was made; mining in National Parks is banned, it is not allowed at all as these areas are reserved for our wildlife.

ZMDC have been assessing the potential but no mining activity took place. What happened is that a number of stakeholders this time noticed the assessment activities which they may not have noticed in the previous years. This then triggered a number of articles and statements expressing concern over the impact of mining in National Parks. The government then made the decision that no mining would take place in National Parks. But once more I would like to emphasise that on this special grant part of it is in the National Park and part of it outside the National Park.

Fabio Scala: Thank you for clarifying that. I noticed that Zimbabwe’s mining sector never stopped during the pandemic which seems to have been a key element for the economy during this crisis. Could you share with us some of the inner workings and the decision that led to such a successful transition?

Hon. Min. Chitando: At the outbreak of the pandemic, the government took a position; like all other countries in the world to institute some lockdown mechanisms and in terms of the provisions of the statute which gave effect to the lockdown there were exemptions which were provided for on condition of those who are exempt observing certain protocol to ensure that people would work safely.

In terms of these exemptions, which provided for the operation of essential services and critical equipment, a significant portion mining sector qualified. As you are aware with mining activity, you can’t just stop. For example some of the PGM producers, the concentrators and smelters which they operate; you can’t just switch off a smelter overnight as it can get damaged. These machines must be stopped in a controlled manner. Another example I can give is that with a lot of mining operations there is need for continuous pumping of water from underground and there is also need for maintenance of some critical equipment.

So in light of that, the mining operations were given an opportunity to apply to get a special dispensation to continue operating provided they follow certain protocol. Those who were applying for these exemptions were able to do so through their various organisations being The Chamber of Mines and the Zimbabwe Miners Federation who were also reinforcing the need for observance of the required protocol for those who received exemptions.

So we had a significant number of operations continuing during the lockdown period and I must state that from when we reflect back our mining community did us proud because there were very few incidences of COVID-19 cases in the mining fraternity. We also had from those protocols one or two COVID-19 cases detected from temperature checks before entering the site and subsequent investigations took place. So this worked very well and it had an impact on the economy in terms of foreign currency generation and contribution toward economic development. It was a very good decision that was made.

If we look at the mining contribution in 2019, it was around US$ 3Billion, the sector that largely did not operate during the lockdown would be Chrome. Not because they could not qualify for the exemption but because at the start of pandemic, steel prices went down and consequently ferro-chrome prices went down so this sector was badly affected. There were also a couple of other companies that made conscientious decisions not to continue operating during the pandemic period. So looking at the revenue lost during the pandemic, I would estimate it at around US$300 to 400Million lost for the year. Again I want to emphasize that these are direct and indirect effects of COVID-19. For example even now after the restrictions have been largely relaxed, there are some ferro-chrome producers who are still not operational because the prices have remained very low. On a regular basis the mining sector contribution to the economy overall is around US$250 Million per month and I would say close to US$150 – 200 Million per month is what we contributed during the COVID-19 period.

Fabio Scala: That is remarkable. Along the same lines, there was a lot of interest in the market recently upon the announcement that Invictus energy was test drilling for oil and gas in Muzabarani. We’ve seen the impact of hydrocarbon projects in neighbouring Mozambique and the prospect of Zimbabwe joining the club is very exciting. Is there anything that you can disclose to us at this point?

Hon. Min. Chitando:  There isn’t much more that I can disclose at this time but the game plan is quite clear, the EIA has been approved by EMA (Environment Management Authority) and traditional ceremonies have now been done with the relevant chiefs, who are in that area. The work continues to zero in on the best spot to drill with the expectation that the drilling will take place in the third quarter of next year. So we are well on course and we all keep our fingers crossed that we will get a good result because it would be a complete game changer for the country and I am very confident we will be smiling this time next year.

Fabio Scala: These are certainly good prospects, I’ll sure be following up. As I have done business in both sides of the border, there is something I wanted to comment- the clear synergies between Mozambique and Zimbabwe, particularly in natural resources. How are the countries working together currently and are there any further types of cooperation on the way?

Hon. Min. Chitando: Unfortunately COVID-19 has affected us, we were due to have visited one of their operations to see what they are doing but unfortunately it has not happened. This is the same for other countries within the region who have similar gas occurrences, not Mozambique alone. The idea is to see what they are doing and also benchmark in terms of their operating parameters as this is a new industry for us and we were expecting to have done this by now, but it could not happen. So we are looking at cooperation with all the countries in the region who have similar gas occurrences.

Fabio Scala: I see, I have a feeling we will see a lot of cooperation regionally in time. I could not finish this conversation without asking you for a message for foreigner investors looking into mining and into Zimbabwe in general.

Hon. Min. Chitando: This week, someone sent me an article which was an interview or conversation which included the CEO of Implats and either the CEO or another senior executive of Amplats. In that interview the CEO of Implats, which is the second largest producer of platinum in the world, indicated that the performance of their investments in Zimbabwe operationally was a cut above the rest.

Amplats’ executive indicated that he wished there was a way of taking Unki and their operational performance and just replicate it across Amplats. Also two weeks ago, we signed an agreement with Caledonia who are targeting to produce 18tons of gold.

Our performance is absolutely outstanding, our culture absolutely fantastic and there’s no place you will find better than Zimbabwe on human resources and culture. We deliver, and we are delivering.