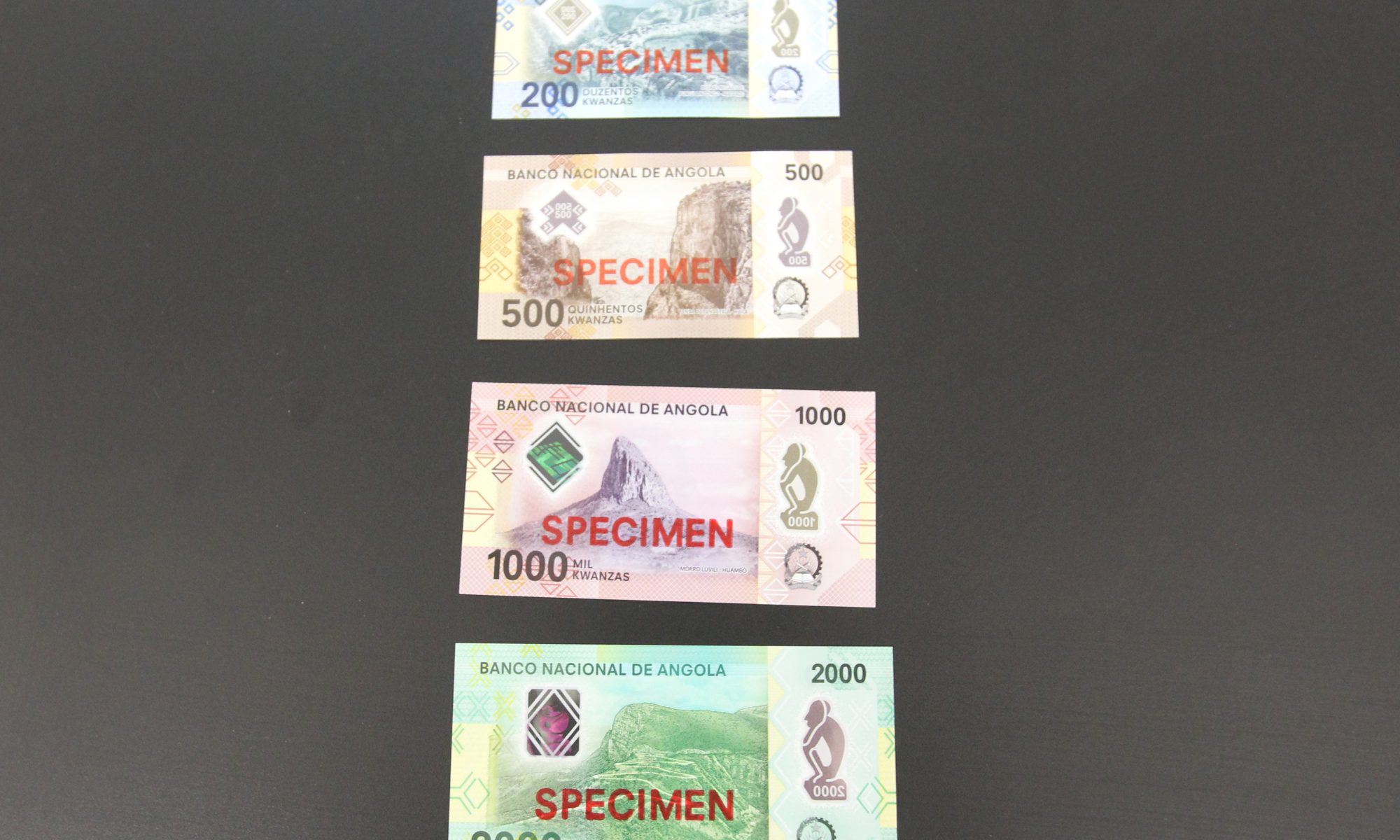 The National Bank of Angola (BNA) has announced the launch on Wednesday, November 11, of the new AKz 2,000 banknotes from Series 2020.

BNA said that the new 2,000 banknote, launched ahead of the celebration of 45th anniversary of National Independence, starts reaching users via automated teller machines (ATMs) across the country from Thursday, the 12th of November.

With the picture of the first President of Angola, Agostinho Neto, the 2,000 kwanza banknote has the predominant green color, paying homage to one of Angola’s wonders, Serra da Leba.

The new 2020 Series entered into circulation on July 30 of this year, with the launch of the 200 Kwanza banknote.