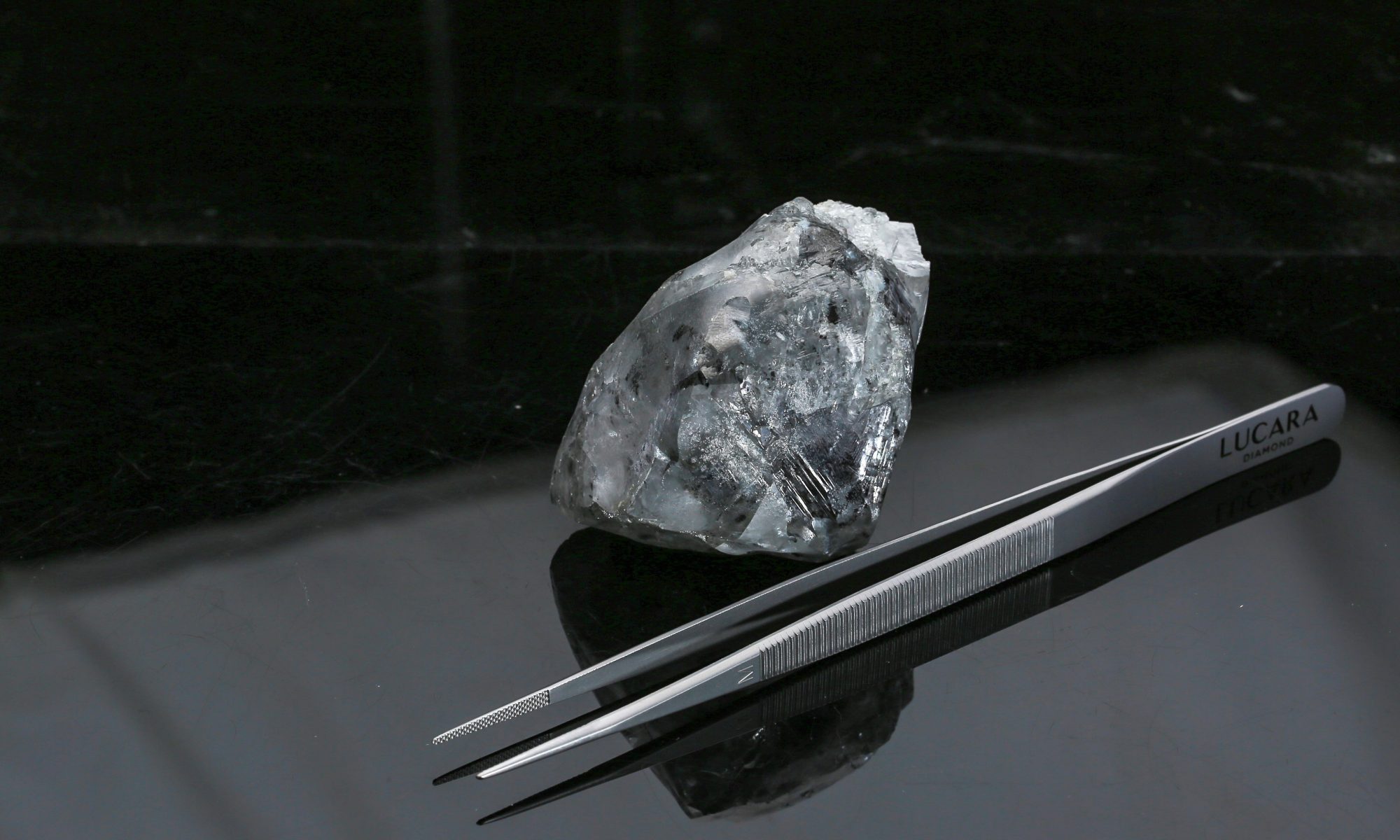 One of the biggest diamonds ever found has been unearthed in Botswana by a small Canadian miner that keeps discovering huge stones.

Lucara Diamond Corp. said it has found a 998-carat high white diamond, putting it among the five largest stones ever discovered. Still, Lucara said the diamond was clivage, meaning it will need to be split before further processing into polished gems.

Lucara’s Karowe mine is becoming famous for giant stones. In 2015, the company found the 1,109-carat Lesedi La Rona, which sold for US$53M, while the mine has also yielded a 813-carat Constellation stone that fetched a record US$63M. Lucara also discovered a 1,758-carat diamond last year, though it was a near gem of variable quality, meaning it won’t yield incredibly valuable polished diamonds on a par with earlier finds.

The biggest diamond ever discovered is the 3,106-carat Cullinan, found near Pretoria in South Africa in 1905. It was cut into several polished gems, the two largest of which — the Great Star of Africa and the Lesser Star of Africa — are set in the Crown Jewels of Britain.

Lucara, which previously sold two of its biggest stones to Louis Vuitton jewelry, said it’s evaluating the next steps for the diamond with its cutting and polishing partner, HB Antwerp.

So far this year, Karowe has produced 31 diamonds greater than 100 carats.