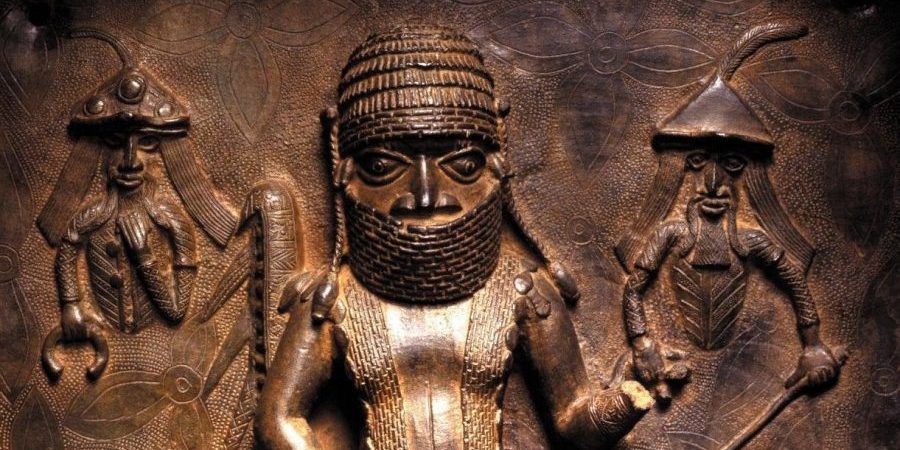 Nigeria expects to get more of its plundered Benin Bronzes back from Western museums and collectors as early as next year as global Black Lives Matter protests spur repatriation campaigns, a senior official said.

Godwin Obaseki, governor of Edo state whose capital is Benin City, said discussions were underway about several returns that would be a boost for a broader movement building across Africa and beyond seeking colonial-era loot.

Plans had been drawn up to build a centre to store and study the returned artefacts by the end of 2021, and a permanent museum by 2025, Obaseki told Reuters.

“The whole Black Lives Matter movement has … added some urgency to the conversation,” he said.

British soldiers seized thousands of metal castings and sculptures during a raid on the then separate Kingdom of Benin in 1897.

The “bronzes” – actually copper alloy relief sculptures, many showing court figures – were auctioned off and then spread among institutions from New Zealand to Germany and the United States, with the biggest collection in London.

The British Museum has long resisted calls for the full repatriation of its collection of bronzes – as well as of Ethiopia’s Magdala treasures and Greece’s ‘Elgin marbles’ – often citing legislation banning it from disposing of artefacts.

But Obaseki said worldwide anti-racism protests, which have forced Western nations to re-examine their colonial pasts, had helped advance negotiations on finding a compromise.

Several museums including the British Museum and the Museum of Ethnology in Vienna have formed a Benin Dialogue Group to discuss the sculptures and work on displaying them in a museum in Benin City, some of them officially on loan.

The British Museum said discussions were ongoing, but did not give details on timings.

“The question of the objects that will feature in the new museum in Benin and how many will be determined through discussion with our Nigerian colleagues,” it said in a statement.

A private collector returned one item in August and four others had expressed interest in recent months in doing the same as early as next year, Obaseki said.

Funds will be raised over the next two years to build the three-storey Edo Museum of West African Art (EMOWAA), and work on a research office to store the first returns would start in March, he said.

It would be part of an estimated US$100M regeneration scheme that would involve the excavation of the original walls and moats of Benin City, once the main hub of the Kingdom of Benin, which spanned much of what is now southern Nigeria from medieval times, until the British arrived.

An independent trust has been set up to raise funds including representatives of the National Commission for Museums and Monuments and the royal palace of the Oba, or king, of Benin.

More details will be announced on Friday, Obaseki said.

The new museum would encourage foreigners to come to Nigeria to see the bronzes, widely recognised as among the masterpieces of African art, he added.

It would try “to make the world understand that there was a civilization in sub-Saharan Africa that compared with what was going on in Europe 400 or 500 years ago.”

Ghanaian-British architect David Adjaye, who will be overseeing the project, told Reuters it was “ridiculous” that Nigerians currently had to travel to Europe to see artefacts from their own culture.

“This museum is really for Africans first,” he said.