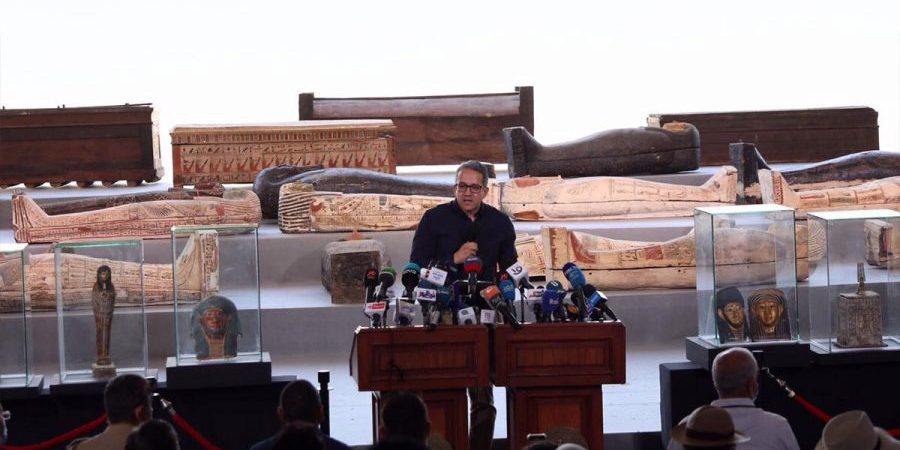 Saqqara is part of the necropolis in Egypt’s ancient capital Memphis, which include the world-famous Giza Pyramids, the oldest of the Seven Wonders of the Ancient World. In 1979, the Memphis Ruins were registered as a World Cultural Heritage Site by UNESCO.

The artefacts recently excavated from one of several burial shafts found, date back to the Late Period (664-332 BC) and will now be moved to at least three different museums in Cairo, which also include the Grand Egyptian Museum currently being built near the Giza Pyramids.

Watch the video by Al Jazeera:

These discoveries come in the wake of other significant archaeological findings in the same area of Saqqara, as recent as two months apart from this latest batch.

The Minister of Tourism and Antiquities, Khaled El-Anany, “Saqqara has yet to reveal all of its contents. It is a treasure,” El-Anany said. “Excavations are still under way. Whenever we empty a burial shaft of sarcophagi, we find an entrance to another.”