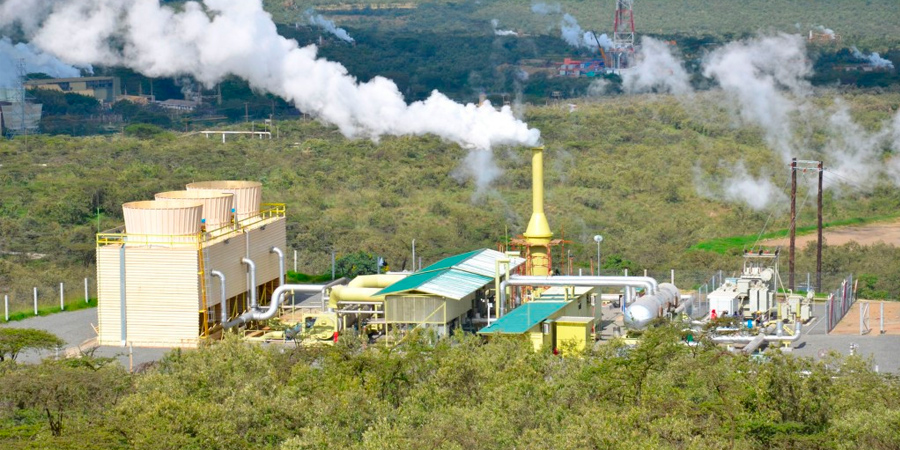 Africa has the potential to increase its renewable energy to not only set the continent on a low-carbon economic growth path, but also shrug off the hydropower and fossil fuel dependency for energy generation. This generation mix has been unsustainable largely due to persistent and frequent drought spells and fossil fuel price fluctuations on the international market.

The renewable energy sector in East Africa is now aspiring to increase the installed capacity of geothermal on the continent by over 2,500MW of electricity by 2030.

The conference was attended by over 500 experts, governments, civil society, academia and the private sector representatives from Africa and partners from the world.

Direct use application of geothermal resources was recognised as a potential game-changer to the economies and livelihood of rural communities in Africa through community and large scale projects. Development and Finance Institutions have committed to financially support direct use projects.

Seizing the moment
The conference in Nairobi was convened by the African Rift Geothermal Development Facility (ARGeo) Project — a Global Environment Facility (GEF) funded project being implemented by United Nations Environment Programme (Unep). The GEF was established in the backdrop of the 1992 Rio Earth Summit to help tackle the planet’s most pressing environmental problems.

ARGeo was established in 2010 to support eastern African countries to fast-track the development of the huge and untapped geothermal capacity for power generation and direct use application, in the region, consequently reducing greenhouse gas emissions.

The five-day virtual conference, held under the theme Energy and sustainability, seizing the moment to invest in geothermal resources for sustainable development, was hosted by Kenya in partnership with Unep, the African branch of the International Geothermal Association, Kenya Electricity Generating Company (KenGen), the Geothermal Development Company (GDC) as well as Geothermal Association of Kenya.

“The African Union recognises that geothermal development requires regional co-operation, capacity development, the private sector participation and international institutions to invest in geothermal in the region,” said Dr Amani Abou-Zeid, the African Union Commissioner for Infrastructure and Energy. She reiterated the need for the role of women to be visible and mainstreamed in the geothermal value chain.

About 600 million people in Africa lack access to energy and another 600 million depend on biomass which significantly undermines economic growth in the continent.

“This conference contributes to the achievement of the “UN Sustainable Energy for All” initiative launched in 2012 by the UN Secretary General. It responds to Africa’s environmental and sustainable development policy and strategic processes. It is also aligned to the 10-year framework action plan of the African Union Agenda 2063,” said Dr Juliette Biao Koudenoukpo, Unep regional director for Africa.

“Renewable energy can and will change African energy challenges and narrative. Energy-use statistics in Africa reveal a worrying scenario; Africa has 13 per cent of the global population, yet its share in global electricity consumption is less than three per cent, and only 25 per cent of Africans have access to electricity. More than 70 per cent of Africa is dependent on traditional biomass fuels,” added Dr Biao Koudenoukpo.

African countries that are located along the East African Rift System (EARS) have the largest geothermal potential of the continent.

Sleeping giant
Kenya leads the region in utilising geothermal energy resources for electricity generation after investing in research on geothermal resources. Eritrea, Uganda, Tanzania and Djibouti are at exploration stage while Malawi and Rwanda have so far not gone past geothermal resource potential record work.

Currently only Kenya has operational geothermal power stations with a total installed capacity of 823MW, from the Olkaria and Eburru Geothermal systems. Potential has also recently been confirmed at Menengai Geothermal Project in western Kenya, where three 35 MW units are under development.

Ethiopia is currently developing its first geothermal power plant project in the first phase of a 50MW development of a planned 520 MW project in main Rift Valley, in the area around the Tulu Moye volcano in Oromia.

It is estimated the site will begin power production in 2023. According to Tulu Moye Geothermal Operations, development will be done in four phases.

In addition to Tulu Moye, project implementation work is also going on at the Aluto-Langano geothermal project site where first exploration work began in 1981, and even though the site already has a geothermal power plant that began operation in 1998 with a production capacity of 7.3 MW, the facility, has been closed since 2018 due to technical issues.

There are two other geothermal power production projects at various stages of analysis namely Corbetti, and Abaya, all located within the Main Ethiopian Rift.

Ethiopia, occupying the longest section of the 7,000-km great East African Rift Valley and which boasts an estimated geothermal potential of 10,000 MW has actively been exploring for its geothermal resources since 1969.